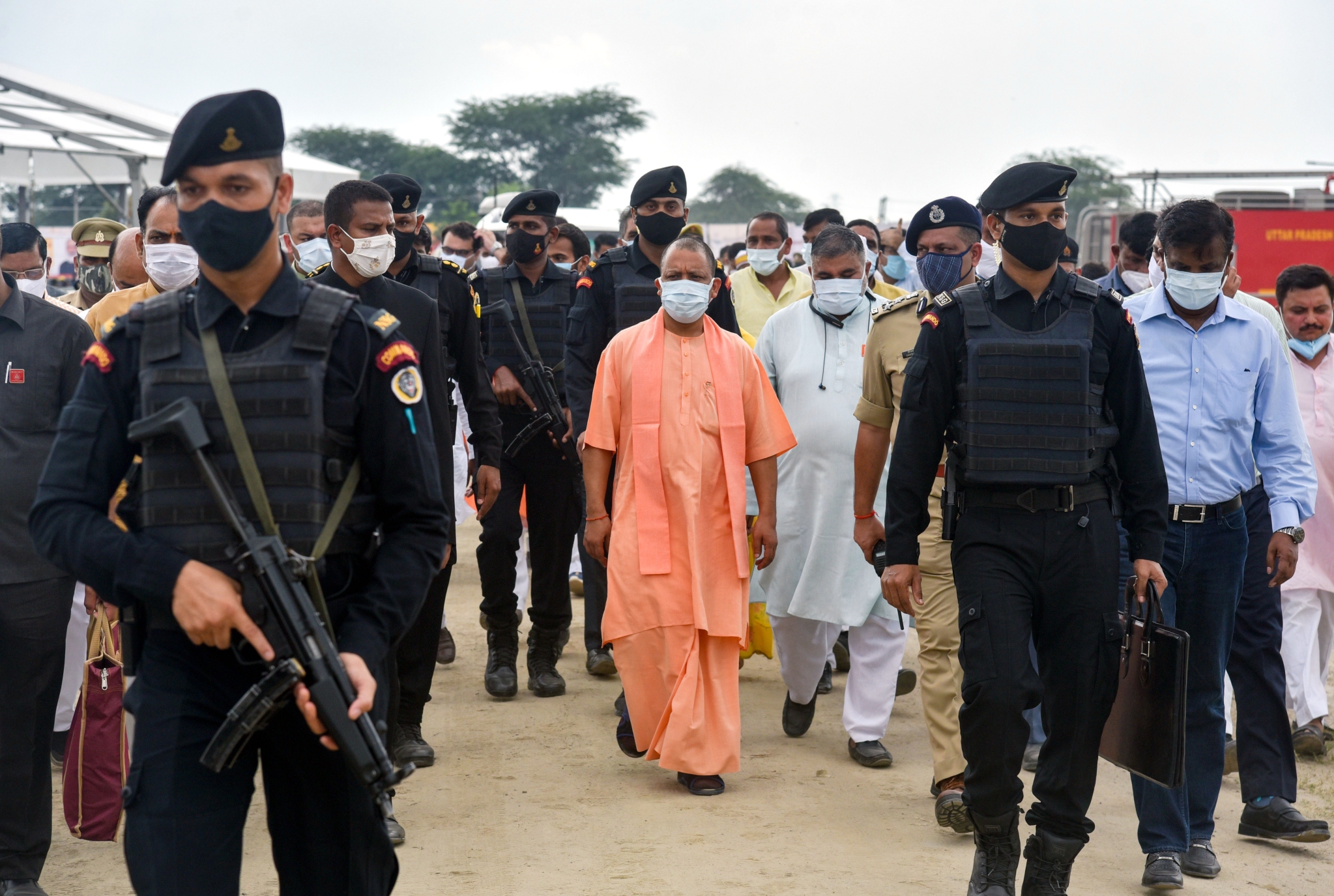 "Chief Minister had expressed grief in the Lakhimpur incident. He called the incident very unfortunate. Uttar Pradesh government will investigate the matter in detail and will take strict actions against the culprits," reads the state government statement, reported ANI.

Meanwhile, Samajwadi Party (SP) president Akhilesh Yadav was detained on Monday as he sat on a dharna outside his Vikramaditya Marg residence in Lucknow after he was not allowed to go to Lakhimpur.

The SP chief had announced plans to visit Lakhimpur Kheri, where eight people were killed on Sunday as violence erupted during a farmers' protest ahead of a visit by Uttar Pradesh Deputy Chief Minister Keshav Prasad Maurya.

Even, Congress general secretary Priyanka Gandhi and other party leaders were detained in Sitapur on Monday, with the party alleging they were not allowed to meet the victims of the violence.

As many as eight people were killed on Sunday as violence erupted during a farmers' protest, claiming the lives of both farmers and BJP workers ahead of a visit to Lakhimpur by Uttar Pradesh Deputy Chief Minister Keshav Prasad Maurya, officials told PTI.

Meanwhile, internet service has been suspended in the area along with the imposition of section 144 and additional police deployment.