Kolkata: UK returnee, who tested positive for COVID-19, not infected with Omicron variant 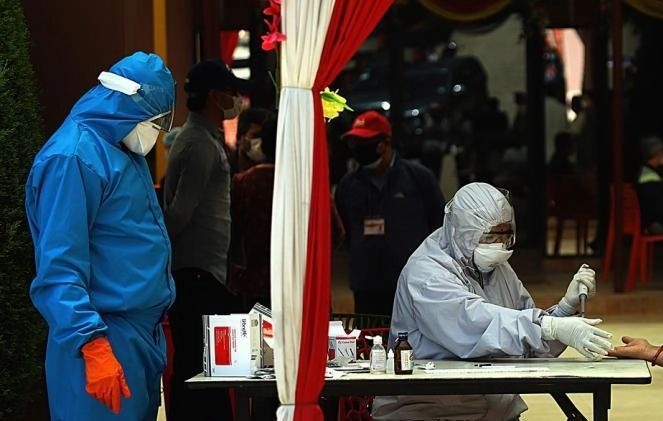 Kolkata: After genome sequencing, the woman who had returned from the United Kingdom (UK) a couple of days back to Kolkata was found infected with Delta variant and not Omicron.

In much relief to the people of Kolkata, the state health department said after genome sequencing in Kalyani institute, it was found out that the woman was not affected with Omicron variant.

It can be recalled that on December 10, Chief Medical Officer of Health (CMOH) Ajay Chakraborty confirmed that a woman who had returned from the UK to Kolkata has been tested Covid positive.

“One patient who came from the UK is found positive for Covid. The specimen had been sent for genome sequencing at the Kalyani institute. The patient is stable,” the CMOH was heard stating.

Incidentally, the patient was identified as a 18-year-old woman, who arrived from Doha on Qatar Airways flight QR 540.

The CMOH had also mentioned that the patient was initially sent to the Beliaghata IDBG Hospital, but later she chose to get admitted at a private hospital for institutional quarantine.

Soon after this development the state Health Secretary held a meeting in Nabanna to find out ways to tackle this new variant of the virus.