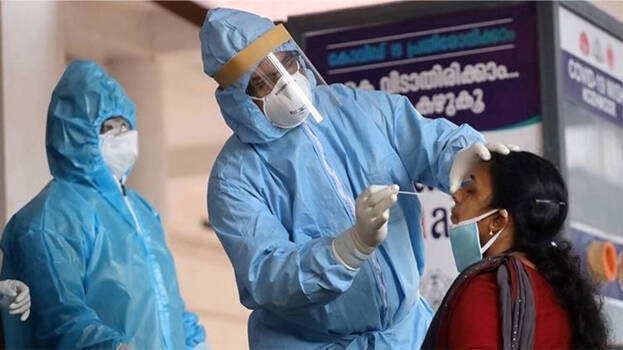 Kerala on Tuesday saw a sharp rise in the fresh COVID-19 cases with the state reporting 9,066 new infections which raised the caseload to 52,91,280.

Kerala also reported 296 deaths which took the total fatalities in the state over the 50,000 mark to 50,053, according to a government release.

Of the deaths, 19 were recorded over the last few days and 277 were designated as COVID-19 deaths after receiving appeals based on the new guidelines of the Centre and the directions of the Supreme Court.

With 2,064 more people recovering from the virus since Monday, the total recoveries reached 52,05,210.

However, as the number of recoveries were much less than the new COVID-19 cases, the active cases in the state rose to 44,441, the release said.

Of the new cases, 113 were health workers, 127 were from outside the State and 8,198 were infected through contact with the source of it not being clear in 628, the release said.

There are currently 1,27,790 people under surveillance in various districts, of whom 1,24,903 are in-home or institutional quarantine and 2,887 in hospitals, the release said.