Karnataka: Man allegedly sets bank on fire in Haveri over rejection of his loan application; villagers suspect role of insiders

The incident of setting a bank office on fire for not sanctioning loan has taken a twist with villagers alleging the role of insiders in Heggonda village near Byadagi in Haveri district of Karnataka.
FPJ Web Desk 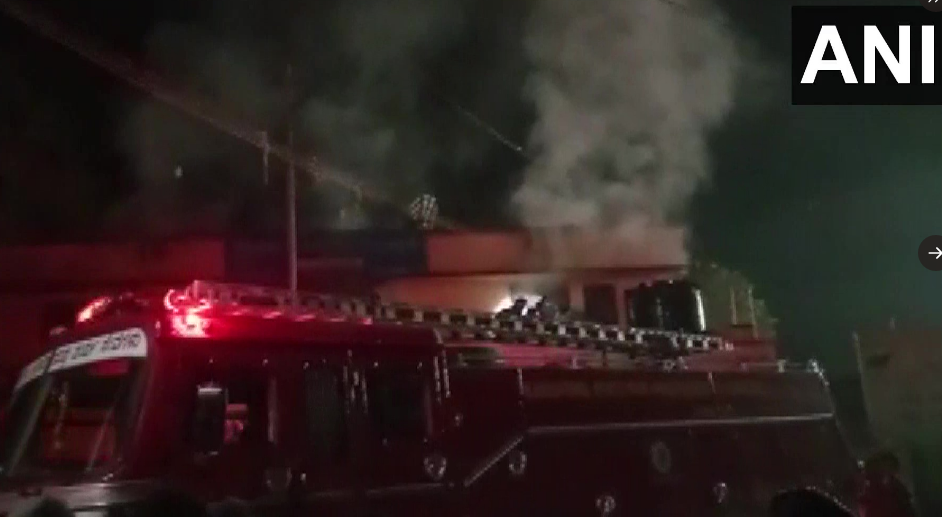 Upset over rejection of his loan application, a man allegedly set the bank on fire in Haveri district of Karnataka on Sunday 'The accused has been arrested and a case has been registered at Kaginelli police station under Sections 436, 477, 435 of IPC' said police, reported ANI

The incident of setting a bank office on fire for not sanctioning loan has taken a twist with villagers alleging the role of insiders in Heggonda village near Byadagi in Haveri district of Karnataka.

The police have taken up the investigation as the villagers suspect that the bank was torched with an intention to destroy documents.

According to the police, Wasim Akram Mulla, a resident of Rattihalli, has been arrested in connection with setting the bank on fire. He was caught by the villagers when he was escaping after setting fire to the bank in the wee hours of Sunday.

Preliminary inquiries have revealed that it was a planned act aimed at destruction of documents. Wasim is said to have told the police that he had set the bank on fire after being denied a loan. The villagers suspect the role of insiders in the bank.

The computers, CCTV cameras, documents and furniture in the bank were reduced to ashes in the incident. The fire brigade personnel who rushed to the spot extinguished the fire and prevented it from spreading.

The accused, who had come on a bike, had poured petrol after breaking the window panes of the bank before setting it on fire. The villagers saw smoke emanating from the bank and rushed to the spot.

The villagers saw Wasim running away from the spot. When they tried to stop him, he allegedly threatened them with a knife. Somehow, the villagers caught hold of him and handed him over to the police.

Kaginele police have recorded the statements of the villagers and taken up the investigation.