Earlier this month, a government college in Karnataka's Udupi allegedly prevented Muslim girl students from entering the classroom for wearing hijab. The incident is not the only one in the country, even teachers were banned from wearing the religious attire to school in Maharashtra's Bhiwandi school.

The two teachers along with political parties had approached the local deputy commissioner of Bhiwandi police and education minister Varsha Gaikwad to complain about the school not allowing them to wear the Hijab during teaching hours, however the school management claimed the allegations to be half truth.

The Karnataka incident took to nearly three-week-long stand-off between the Udupi district government college and a few Muslim students wanting to wear a hijab during classes. They protested at the college entrance with placards in unison.

"We came to the college wearing a hijab. However, we have been barred once again from attending the classes," Aliya, one of the students, told NDTV. The NDTV report quoted Resham and wrote, "We've been barred for 20 days for wearing hijab. We want justice", this being the reply to another student, Muskan Zainab's question, "The Constitution gives us the right to wear a hijab, why is the college stopping that?"

The protests escalated after the state's Education Minister BC Nagesh told NDTV the practice amounted to "indiscipline" and that schools and colleges were "not a place to practice dharma". Mr Nagesh told NDTV that rules regarding the dress code had been in place since 1985 and that these protests only erupted 15-20 days ago. Later to acknowledge that the state government "has not fixed a uniform (dress) code" but urged the protesting students to nonetheless follow the rule. 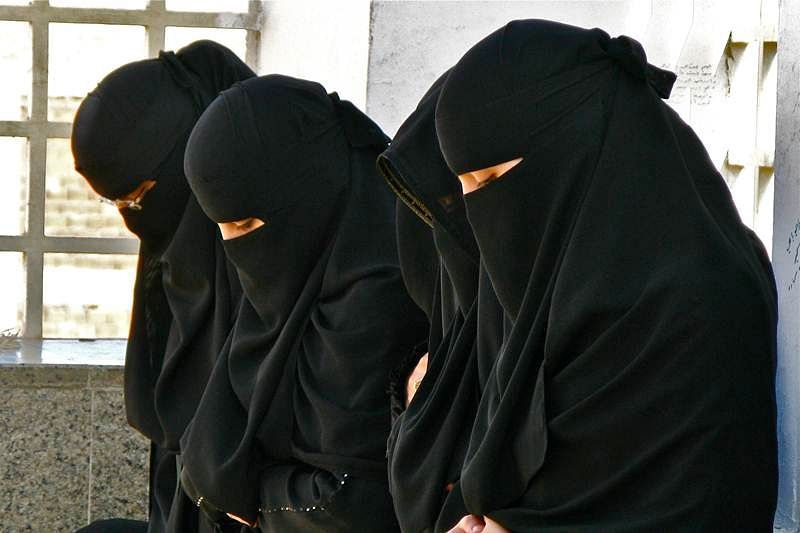