Hindu organisations condemn the incident and demand an investigation.

The incident took place in Dodda Alanahalli village, the birthplace of the state's Congress President D.K. Shivakumar. The images of the Gods are printed on the back page of the ration card.

Hindu organisations have condemned the incident and also demanded an investigation. The Sri Ram Sena has said that it would take up the matter with the District Commissioner.

Meanwhile, the development has led to debate over attempts to promote communalism in the region. Hindu activists and BJP leaders have claiming that attempts are being made to impose Christianity.

The police are yet to lodge a complaint in this regard, while authorities have taken up the investigations. 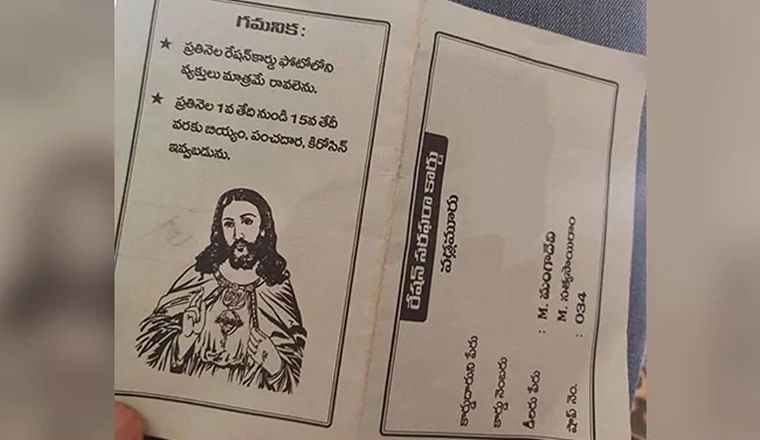