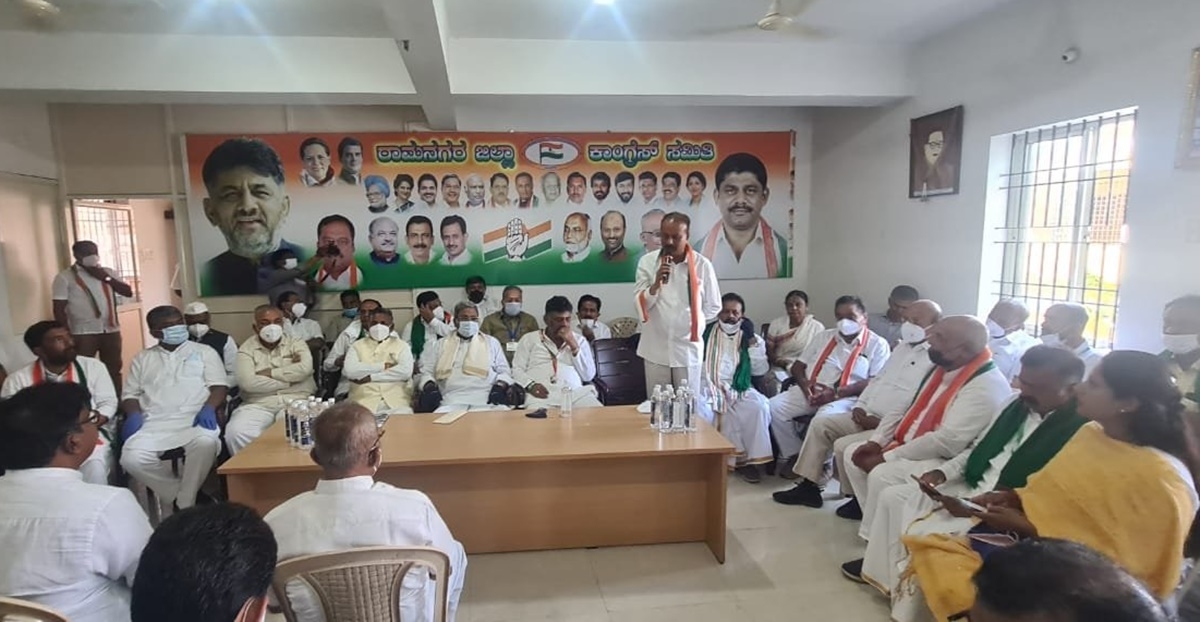 Bengaluru: After some tough talk from the High Court of Karnataka and a nudge from Rahul Gandhi, the state unit of the Congress party put its controversial Padyatra on pause mode.

Amid alarming visuals of Congress workers marching in a huge crowd and with senior leaders testing positive, the party had no option but to put the padayatra on hold.

The High Court had also rapped the state government for failing to stop the padayatra and taking tough action against the leaders. Following this, the Bommai government banned the march and threatened to arrest all those violating covid protocols.

FIRs were filed against more than 60 Congress leaders on Day 5 of the controversial padayatra that defied Covid rules amid rising cases in the state.

"We have been successful in the last five days. We were supposed to end the padayatra in Bengaluru. Because of the third wave we have to postpone it for now," former Chief Minister Siddaramaiah told the media.

He justified continuing the campaign despite the Omicron-driven Covid surge, saying it had been planned nearly two months ago.

The padayatra was organised to push for the Mekedatu dam project on the Cauvery to provide drinking water to Bengaluru.

"When we started this padayatra five days ago, no one was admitted to the ICU. We are sacrificing our padayatra for the well-being of our citizens," KPCC chief DK Shivakumar said. Asserting that the party "will not stop" the march, he said, "We will continue this yatra from the place where we ended. This is only temporary. We are respecting the high court order and people's well-being."