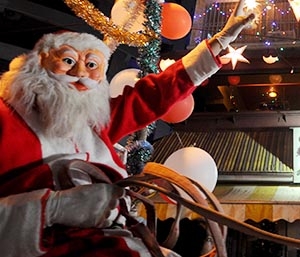 A group of Hindutva activists in Karnataka on Thursday interrupted Christmas celebrations at a school in Mandya district who forced their way in and threatened the school authorities. This comes on the day when the Karnataka assembly passed the controversial anti-conversion bill which has faced strong criticism from religious minorities.

According to NDTV report, the headmistress of Nirmala English High School and College said, members of right-wing groups forced their way into the institution when the students had organised a Christmas celebration.

"We have been organising Christmas celebrations every year. But due to covid induced restrictions, we decided to call it off. At the insistence of the students, we organised a small celebration. The students had voluntarily pooled in money and ordered a cake, to which one of the parents has objected," the headmistress Kanika Francis Mary told the news channel.

"They delivered a scathing attack on us. The Hindu activists said they will hang a photo of Goddess Saraswati in our institution and also ordered us to celebrate Ganesh Chathurthi festival on the school premises. They made allegations against us that we are carrying out conversions in the institution," the headmistress added.

A parent of one of the students had informed the right-wing groups that the school was "preaching Christianity" and celebrating Christmas but not Hindu festivals.

After learning about the celebrations, members of the group barged into the institution and began questioning the school management.

The video that captured the incident shows the men questioning the school authorities, why Hindu festivals were not being celebrated.

One of the men who is seen threatening the school authorities, says in the video, "We are leaving this decision to you, parents. If we take this into our own hands, the situation will be different."

The school management has decided to file a complaint today.