What lies ahead for the four-month-old B S Yediyurappa-led BJP government in Karnataka is set to be decided on Monday after the counting of votes from the bypolls to 15 assembly constituencies. Counting of the votes will commence from 8 am today and results are likely to be declared by this afternoon.
FPJ Web Desk 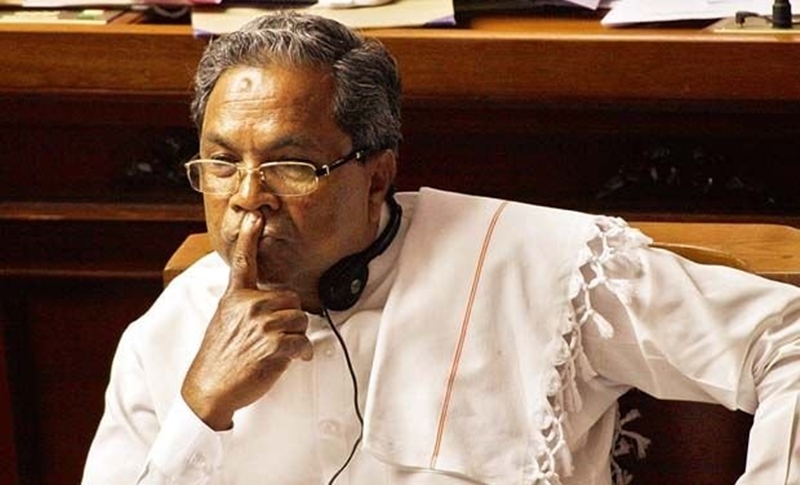 Counting of votes for Karnataka by-elections to take place

Counting of votes for Karnataka by-elections to take place today. Visuals from a counting centre in Bengaluru.

Counting of votes for Karnataka by-elections to take place today. Visuals from a counting centre in Bengaluru. pic.twitter.com/NlqlKdx707

Karnataka Congress leader DK Shivakumar on #KarnatakaBypolls results: We have to agree with the mandate of the voters of these 15 constituencies. People have accepted the defectors. We have accepted defeat, I don't think we have to be disheartened.

Bengaluru: Karnataka Chief Minister BS Yediyurappa celebrates with his son BY Vijayendra as BJP leads on 12 out of 15 seats

Bengaluru: Karnataka Chief Minister BS Yediyurappa celebrates with his son BY Vijayendra as BJP leads on 12 out of 15 seats in #KarnatakaAssemblyBypolls. pic.twitter.com/0uualeU8Yg

It is as expected: Union Minister D V Sadananda Gowda on BJP leading in 12 seats

Union Minister D V Sadananda Gowda on Monday said the Karnataka by-poll results were in accordance with expectations as BJP lead in 12 out of 15 seats that went to polls.

"It is as expected. Karanataka people need a stable government," Gowda told ANI about the Karnataka by-poll results trends.

He said good governance and development are the two key areas which the BJP government has taken care of.

"Good governance and development is something that was missing during coalition government of JDS-Congress," he claimed.

Karnataka mandate was stolen by Congress, people have now taught them a lesson: PM Modi at Jharkhand rally

"Congress and its allies subverted mandate in Karnataka, stabbed it in the back," Prime Minister Narendra Modi said today while addressing a rally in Jharkhand.

"Some people said BJP has limited influence in the south...people of Karnataka defeated and punished them in a democratic way during bypolls," he said.

'Happy that people have given a very good verdict': CM Yediyurappa

Karnataka CM BS Yediyurappa on #KarnatakaByelection: I am happy that people have given a very good verdict. Now, without any problem we can give a pro-people and a stable government. pic.twitter.com/XDPkhgUNjm

"The BJP has won Yellapur and Chikkaballapur seats and is leading in 10 seats, while the Congress is ahead in 2 seats and an Independent leading in one seat. The regional party Janata Dal-Secular (JD-S) is trailing behind both the national parties," poll official G. Jadiyappa told IANS.

K. Sudhakar of the BJP won the prestigious Chikkaballapur seat, defeating M. Anjappa of the Congress by 34,801 votes. Sudhakar retained the seat even after defecting from the Congress to the BJP.

The ruling BJP on Monday retained majority in the Karnataka Assembly when it bagged six seats in the bypolls in which it was also leading in an equal number in other segments where counting is underway.

The BJP's good show in 12 seats comes as a morale booster for the saffron party after it's setback in Maharashtra.

A resounding victory for development!

Thank you Karnataka for delivering a huge mandate for @BJP4India in the bypolls.

Expressing joy over BJP's stellar performance in the Assembly bypolls in Karnataka, the party's state chief Nalin Kumar Kateel on Monday said Congress and JD(S) have been "disqualified" in the people's court.

"Siddaramaiah (Congress) and H D Kumaraswamy (JDS) had created a narrative of 'disqualified MLAs' to discredit our candidates, but today the Congress and the JD(S) have been disqualified in the people's court and have given a verdict of 'Qualified' to our candidates," Kateel told reporters here.

The BJP has already won 12 of the fifteen seats that went to the polls.

Chief Minister Yeddyurappa had required just 6 more seats for a majority in the 224-member Assembly in which the party had 105 MLAs already.

I respect the mandate given by the electorate in the #KarnatakaBypolls. I expected people to teach @BJP4Karnataka leaders a great lesson for orchestrating #OpertionKamala.

I am taking the moral responsibility & resigning as Leader of CLP & Leader of Opposition. pic.twitter.com/AaG9Xl3SdP

This is how voters react to opportunist politics and stealing of mandate: Devendra Fadnavis

The Bharatiya Janata Party (BJP) has won 10 Assembly constituencies and is leading on two out of total 15 seats that went to bypolls in Karnataka, according to the Election Commission (EC).

While BJP candidates have been declared as winners from the Yellapur, Ranibennur, Vijayanagara, Krishnarajapete and Chikkaballapur among other constituencies, its candidates are leading on two more seats.

"I am taking responsibility and resigning from the post of party's Karnataka State President," he said.