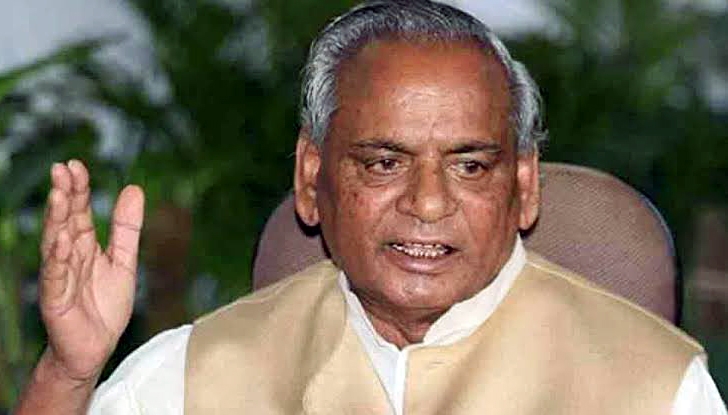 LUCKNOW: Former Uttar Pradesh chief minister and BJP veteran Kalyan Singh, who was ailing for some time, breathed his last on Saturday night. He was 89 and admitted to SGPGI on July 4 in the Intensive Care Unit in a critical condition. He died due to sepsis and multi-organ failure, the hospital said in the statement.

Singh was the UP chief minister when the Babri mosque was demolished by a mob in Ayodhya on December 6, 1992. He later also served as the governor of Rajasthan.

The defining moment in Singh's life was the fall of Babri Masjid. Just hours after mobs of kar sevaks demolished it, Singh quit as chief minister of Uttar Pradesh owning moral responsibility.

Not that he had any regrets over his "failure" to save the mosque which he had assured the Supreme Court would be protected.

"Maybe it was destined that the structure would be demolished with me as chief minister," he told a newspaper ahead of the 2020 "bhoomi pujan" for the Ram temple, now being built at the once disputed site in Ayodhya after a historic Supreme Court verdict.

"Had there been no demolition, probably the courts too would have ordered status quo," he had said then. And his last wish, he said, was to live till the temple comes up.

Hailed by many for his administrative acumen during his two stints as Uttar Pradesh chief minister, the influential backward caste leader from western UP parted ways twice with the BJP and had briefly also floated his own outfits.

His second parting was in 2009, ahead of the Lok Sabha elections, when he said he felt "humiliated" by the party and complained that he had hardly any say in the selection of candidates in his state.

Singh said it was a "political blunder" to have rejoined the BJP, which he had left the first time n 1999, only to return in 2004 before the General Election.

Soon after his Raj Bhavan term ended in 2019, Singh formally rejoined the BJP as a primary member, signalling that he was not keen on retiring from political life just yet.

After demitting office as Rajasthan Governor, he appeared before the CBI court which pronounced its order in September 2020, acquitting him and 31 others accused of conspiracy to demolish the mosque.

The judge concluded that there was no evidence to show that the demolition was pre-planned.