Jewar airport in Uttar Pradesh to become logistic gateway of north India, industries to get a push: PM Modi 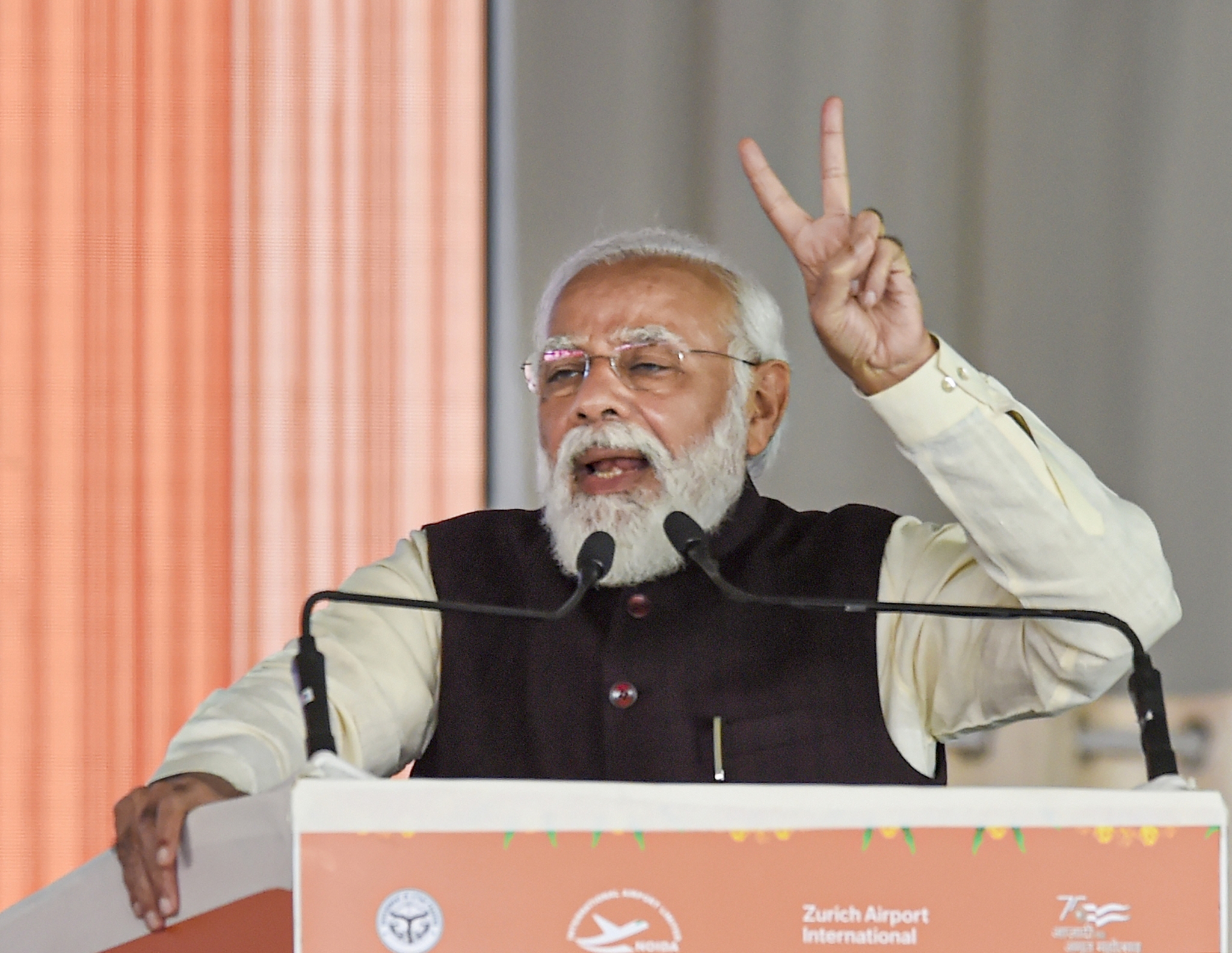 Lucknow: The Jewar International Airport in Greater Noida, UP would become a logistic gateway for north India. It would connect at least 30 districts of UP and Haryana with the world. The new airport would give a push to the industries in west UP and provide employment to several thousand people. After completion, Jewar would be the fourth largest airport in the world.

In his address at the ground-breaking ceremony of Jewar airport in Greater Noida, Prime Minister Narendra Modi said this project would be a powerful reflection of National Gatishakti Master Plan in the entire area. He said that with the double engine government UP has become the most connected part in the country.

Not leaving to mock the opposition he said that UP was deprived from development by previous governments but now it is becoming role model for others. Today institutions of international repute are coming to UP. With world-class rail connectivity, companies from all over the world have been investing here in UP. PM Modi said that earlier governments in the state and Centre neglected UP and Jewar project is one of the example. Two decades back BJP government in UP had floated the concept of airport in Jewar but it was marred into tussle between Centre and state. The previous government of UP had even written a letter to Union government asking for a closure of this project.

PM said that be it Petha from Agra, furniture from Saharanpur or brassware of Moradabad, every industry would get benefit from this airport. During the construction of such a large airport thousands of people get employment and after its completion, several thousand hands are needed to run it. Thus, the Jewar airport would provide large-scale employment to the people of west UP.

Modi said that Jewar airport would have the facility of aircraft repairing also. At present Rs 15000 crores are being spent every year in the craft repairing. The cost of Jewar airport is estimated at Rs 30000 crore. Thus, it would not only help in development of the region but a lot of money is to be saved with repairing facility.

Speaking on the occasion, Chief Minister of UP, Yogi Adityanath said that after completion of Jewar airport the people of west UP districts like Meerut, Bulanshaher, Muzaffarnagar, Shamli, Hapur and Noida need not to go to Delhi to catch flights. The sports industry from Meerut, pottery traders from Bulandshaher and jaggery traders from Muzaffarnagar would be benefitted with the airport.

The hangers of proposed Jewar airport could accommodate 175 aircrafts at a time. It would be constructed in four phases. The first phase would be completed in 2024 after which flights might operate. As per the estimates of civil aviation ministry, after Jewar airport becomes functional 35000 passengers from Delhi would be shifted here.