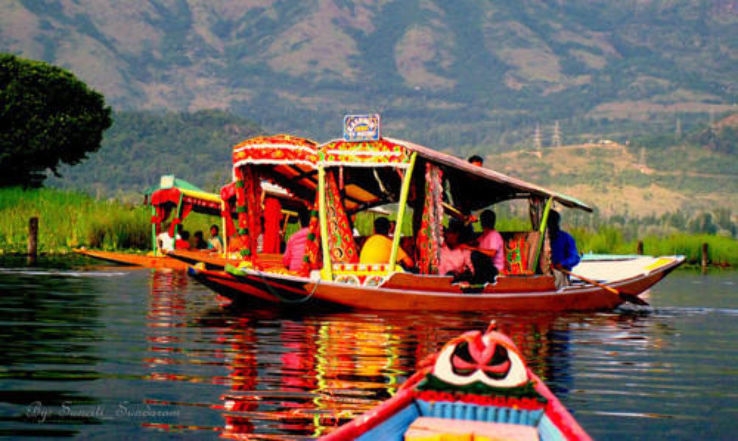 Union Home Minister Amit Shah on Monday inaugurated a Houseboat Festival organised by the Department of Tourism of Jammu and Kashmir at the famous Dal Lake here, officials said.

The minister also witnessed a musical fountain and laser show, that, he said, was "a mesmerizing experience". The Houseboat Festival has been organised as part of the 'Iconic Week' festival celebrating the spirit of Jammu and Kashmir, the officials said.

Shah was accompanied by Jammu and Kashmir Lieutenant Governor Manoj Sinha and Minister of State in the Prime Minister's Office Jitendra Singh.

Later, Shah took to Twitter to share pictures of the event. "It was a mesmerising experience to watch the musical fountain and laser show at Srinagar's iconic Dal Lake. Also inaugurated the 'Houseboat Festival' organised by the J&K Tourism," Shah said in a tweet.

The minister arrived here on Saturday on a three-day visit of Jammu and Kashmir. On Sunday, Shah visited Jammu, where he also addressed a public rally.