"Mehbooba Mufti, Mohmmad Yusuf Tarigami, and I will attend the all-party meeting called by PM. We hope to keep our agenda before Prime Minister and Home Minister," Farooq Abdullah was quoted as saying by news agency ANI.

Sharing the meeting's agenda, Gupkar Alliance member, Muzaffar Shah said, "There can be no compromise on Article 370 and 35A."

According to reports, Prime Minister Narendra Modi is likely to chair a meeting with all political parties from Jammu and Kashmir on 24 June as part of the Centre's initiatives to bolster political processes, including holding Assembly elections, in the Union Territory.

The meeting — the first such exercise since the Centre announced the abrogation of Jammu and Kashmir's special status and its bifurcation into union territories in August 2019 — is likely to be attended by Union Home Minister Amit Shah and other central leaders.

The leaders of eight political parties -- the NC, PDP, BJP, Congress, Jammu and Kashmir Apni Party, CPI(M), People's Conference, and the Panthers Party -- were telephonically invited by Union Home Secretary Ajay Bhalla for participation in the meeting to be held at the prime minister's residence in the national capital at 3 pm on Thursday.

The People's Alliance for Gupkar Declaration (PAGD) is an amalgam of six mainstream parties in Jammu and Kashmir, including the National Conference (NC) and the Peoples Democratic Party (PDP), formed in the aftermath of the Centre's August 2019 decision to nullify Article 370 and split J&K into two union territories. 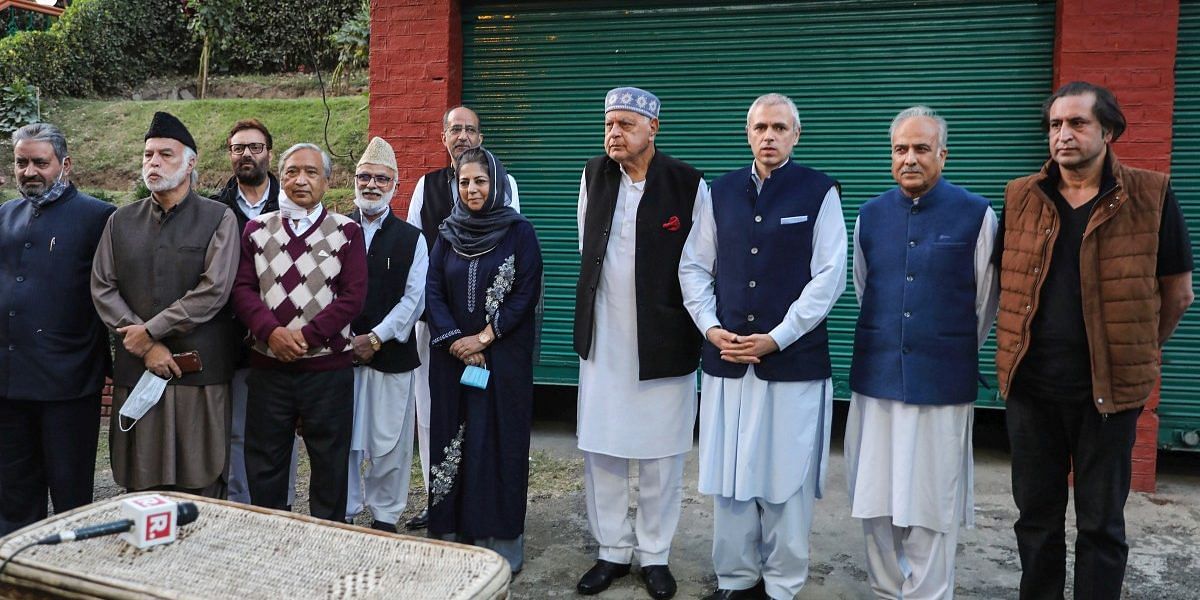