Jai: Edge of warfare in Af will be deeply felt not just in neighbourhood but well beyond if left unattended 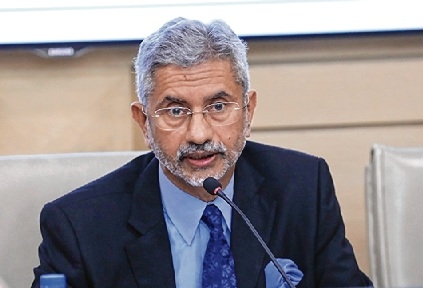 India on Tuesday warned the “edge” of the warfare in Afghanistan, if left unattended, will be deeply felt not just in that country’s neighbourhood but well beyond, and emphasised legitimacy cannot be derived from mass violence, brutal intimidation or covert agendas.

In an address at the inaugural session of BRICS academic forum, External Affairs Minister S Jaishankar said that the warfare in Afghanistan has “sharpened the challenge” of terrorism and therefore, all stakeholders are in the quest for a clear, coordinated and undifferentiated response to terrorism.

“Terrorism thrives in some of these gaps. Its nursery lies in conflict-ridden spaces made fertile for radicalisation by malign players, including states. The transition in Afghanistan we are seeing today and the warfare that has yet again been forced upon people has sharpened this challe­n­ge. Left unattended, its edge will be deeply felt not just in Afghanistan’s neighbourhood but well beyond,” the minister said.