Is the fight between Jagan Mohan Reddy and Chandrababu Naidu vendetta or petty politics?

The new Andhra Pradesh government also took another task at hand and alleged that Naidu had a hand in Rs 2,636-crore power ‘scam’.
FPJ Web Desk 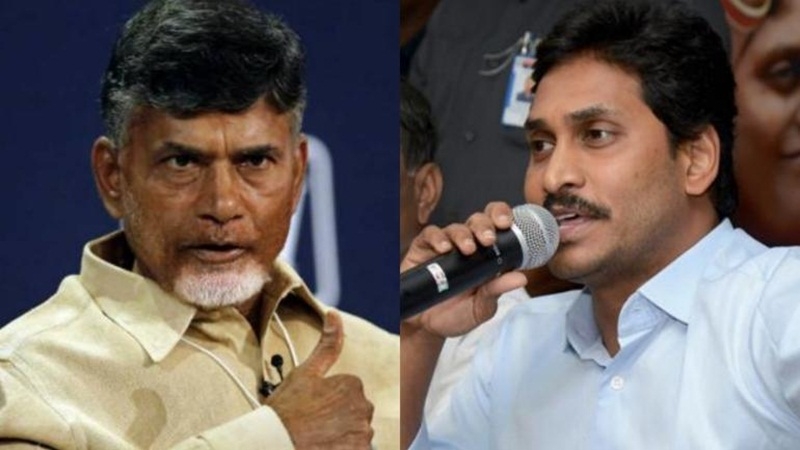 The war between Andhra Pradesh Chief Minister Jagan Mohan Reddy and Chandrababu Naidu has intensified with the government’s decision to demolish the Praja Vedika (public grievance hall) constructed during the former chief minister’s regime. This happened while the Naidu was on a holiday to Europe along with family after Lok Sabha election debacle of his Telugu Desam Party (TDP).

While Naidu was in a vacation mode, he was on toes the entire time during his Europe tour, after a couple of days of his departure, four of his party’s six Rajya Sabha members defected from TDP and joined BJP. Naidu's woes didn't end there, later reports surfaced syaing that some of TDP’s Assembly members too would jump ship. While his party members were defecting from TDP, the at home in Andhra Pradesh new Chief Minister Jagan Mohan Reddy of the YSR Congress Party (YSRCP) took a mighty task at hand and decided to demolish the Praja Vedika.

Jagan Mohan Reddy termed Praja Vedika as an “illegal” government annexe and said it will be demolished soon. Jagan didn't stop there, the new government also scaled down the security cover for Naidu’s family members. Later when Naidu returned he was not greeted by garlands and crackers from his supporter but he was welcomed with the noise of bulldozers and jackhammers demolishing his Praja Vedika.

The new Andhra Pradesh government also took another task at hand and alleged that Naidu had a hand in Rs 2,636-crore power ‘scam’. On Wednesday, YSRCP government also announced an inquiry into the alleged underhand deals the Naidu government had signed with many companies, including power producers. “We have identified as many as 30 agreements signed with various companies by the previous government involving massive corruption,” Jagan said, adding that the Naidu government had made excess payments of Rs 2,636 crore to producers of solar and wind power.

Jagan has ordered a probe into the alleged corrupt deals. The Chief Minister also enquired from the concerned department authorities about the purchases made at prices which were exorbitantly more than the cheaper bidding prices. Jagan set a committee to renegotiate with solar and wind power producing companies and ordered cancelling the PPAs if they are not fruitful.

Reddy has also made it clear that the demolition of the Praja Vedika is just the beginning and asked his officials to identify and demolish all illegal structures constructed during Naidu's regime. He said he wanted to expose the Naidu government’s irregularities, and bring them into the public domain. After taking oath as chief minister, Reddy had announced that he will change the state’s condition within six months and proved to be the best CM within a year.

The fight between Reddy's and Naidu has been carried on since a decade. Naidu holds the dubious distinction of being defeated by the father-son duo of Y S Rajasekhara Reddy and Y S Jaganmohan Reddy. First it was Y S Rajasekhara Reddy who trounced Naidu at the hustings twice. Now, YSR's son Y S Jaganmohan Reddy, leading the YSR Congress Party, dealt the final blow to Naidu's 40-year-old political career by beating him comprehensively in the just-concluded elections to the Andhra Pradesh Assembly. It is probably unique that a chief minister faced defeat at the hands of a father and son on multiple occasions.

During elections, Jagan had promised good governance and end of corruption. And now if he issues a blanket order to raze down all illegal structures anywhere in the state irrespective of political loyalties of violators, he would be hailed as a leader. But if he continues to target Naidu, this will be reflected as petty politics and he will look as if he is acting on vengeance. he would also be seen as a man conspiring with BJP, which already is in war with Naidu's party. People of Andhra Pradesh have trusted Jagan and voted him to power with a majority, but can he live upto the expectations? Only time will tell.