Infighting in West Bengal BJP over Durga Puja celebration: All you need to know 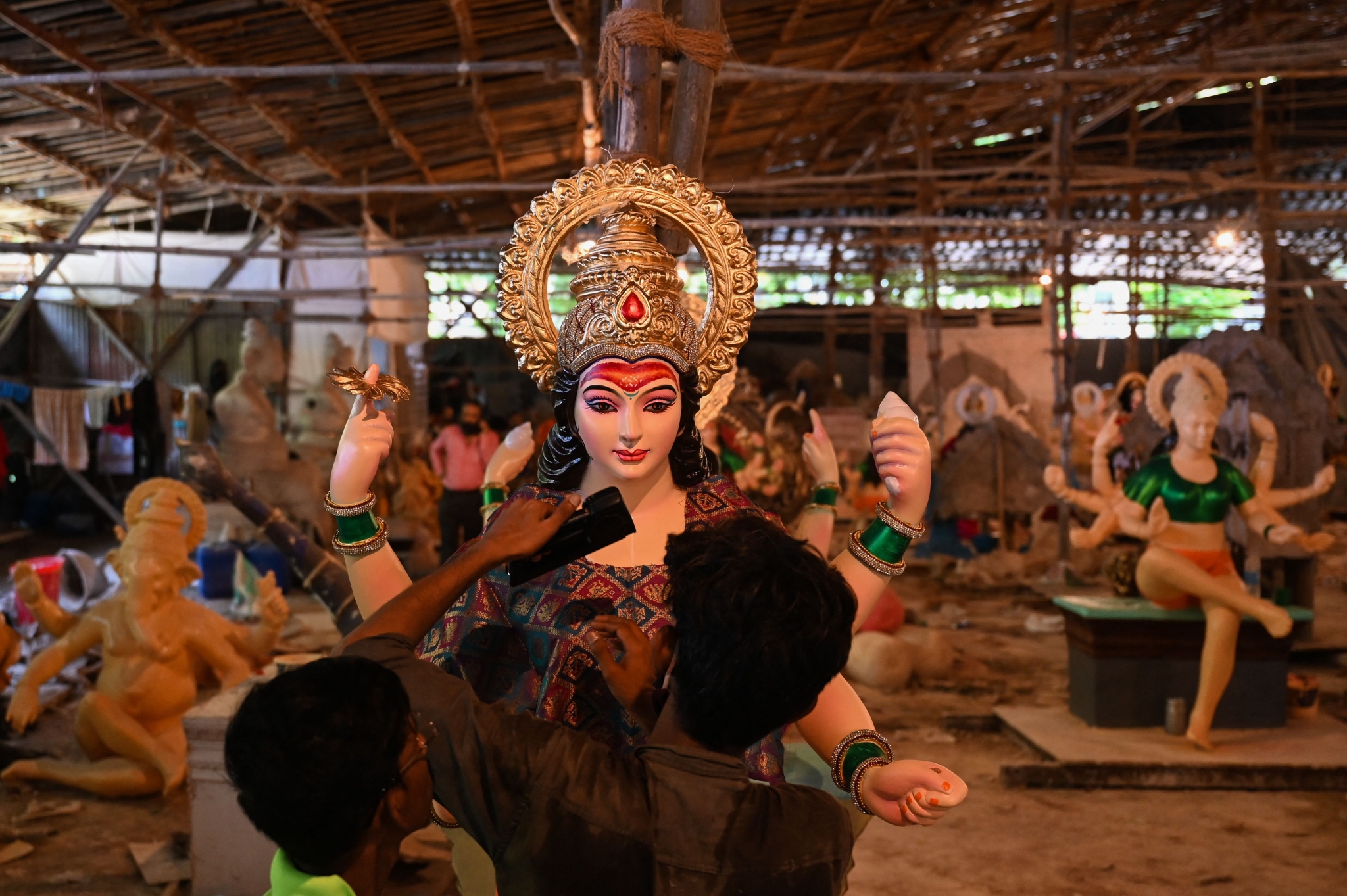 An artisan works on an idol of the Hindu goddess Durga at a workshop ahead of the upcoming Durga Puja festival, in Mumbai on October 5, 2021. | (Photo by Punit PARANJPE / AFP)

“The BJP had done Durga Puja in Saltlake’s EZCC complex and according to Hindu Bengali tradition if you start a puja it should be continued for minimum three years. So in accordance with the tradition BJP will hold the Durga Puja even this year,” said Sukanta.

Notably, Prime Minister Narendra Modi had inaugurated the BJP’s Durga Puja virtually and had given the speech in Bengali and at the inauguration ceremony. BJP MP Babul Supriyo was heard singing songs penned by Nobel Laureate Rabindranath Tagore.

It can be recalled that the organisers of Durga Puja were BJP central leader Kailash Vijayvargiya, Mukul Roy and Sabyasachi Dutta.

Incidentally, Vijayvargiya didn’t visit West Bengal post the poll debacle in the state and Mukul had returned to the ruling Trinamool Congress.

However, in the meeting to decide on Durga Puja called by West Bengal BJP vice president Pratap Banerjee Sabyasachi had attended.

“A meeting was called and we discussed ways to hold the puja. Last year it was pre-Assembly polls puja and this year its post-Assembly poll puja,” said Sabyasachi hinting over less grandeur in Puja this year.

Earlier this day, BJP vice-president Dilip Ghosh said that few BJP leaders and cadres along with the party's cultural cell had organised a Durga Puja and also that it was not saffron camp’s puja.

Ghosh also hinted that he is not in favour of a political party organising Durga Puja.

Slamming the BJP, TMC spokesperson Kunal Ghosh said that the BJP who thought of ruling West Bengal can’t decide on even Durga Puja.

“The BJP is not bothered over the rising price of the petroleum products but is fighting amongst them over Durga Puja. They are making fun of Durga Puja ,” said Kunal.

It is pertinent to mention that several heavyweight TMC leaders and ministers are patrons of big clubs organising Durga Puja in West Bengal.