Almost a month back, Indian students had raised their concern on Nigerian players offering prayers on the football field. The protesting students were heard shouting ‘Jai Shri Ram’ slogans.

A fight reportedly broke out between foreign and Indian students at the GD Goenka University in Gurugram, Haryana on Friday.

Almost a month back, Indian students had raised their concern on Nigerian students offering prayers on the football field. The protesting students were heard shouting ‘Jai Shri Ram’ slogans.

A video has surfaced from the college campus where a group of Indian students are seen chasing Nigerian students dressed in blue jersey. The group is seen carrying sticks and rods.

On Friday, some Indian and Nigerian students got involved in a fight during a football game on the campus of GD Goenka University. Following the altercation, around 60 Nigerian students temporarily fled the university and are now residing in Delhi. Several cross FIRs have been lodged at the police station in Sohna City. The college has so far started an internal investigation, and representatives of the Nigerian government have already visited the campus. as per the police, six students are reported to be injured thus far in the fight that broke out between the two groups.

Police are still probing into the matter and they assure that a decision will pnly be taken according to the law. The fight started after an argument between the two groups over replacing a player on the field. 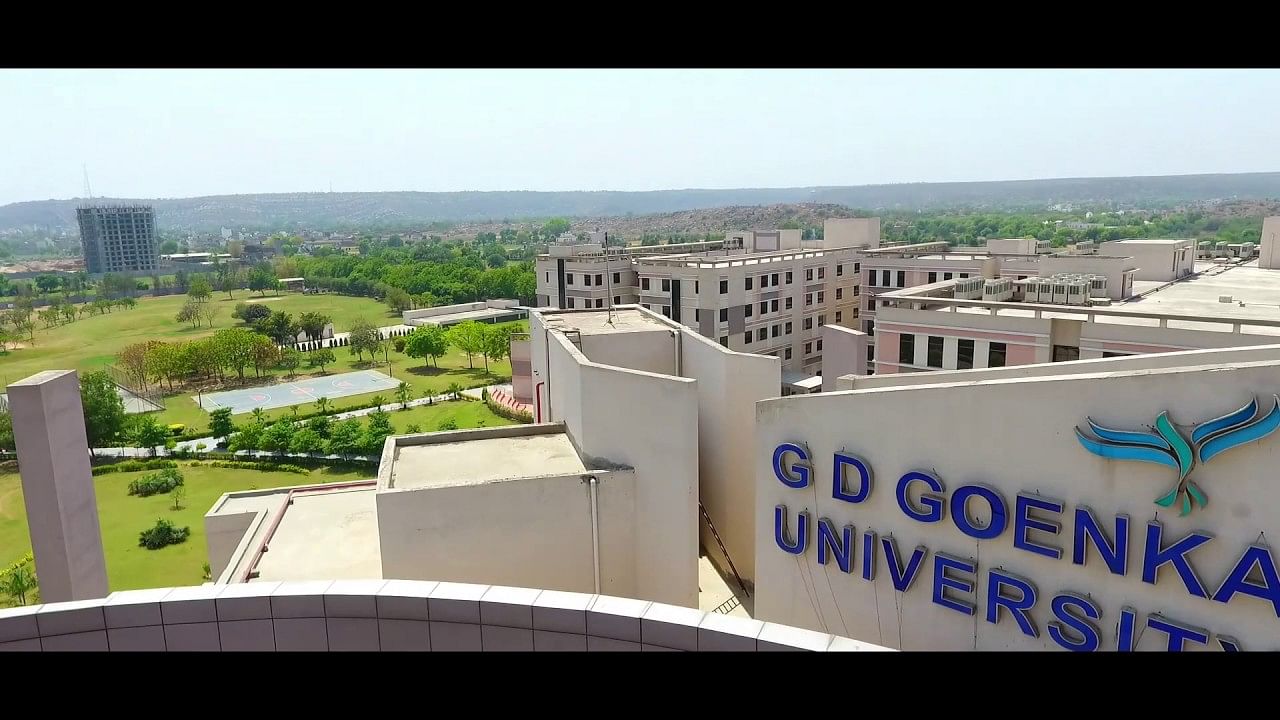 The University has asked 8 students to leave the campus and an internal inquiry has been ordered. Despite the FIRs, the officials from GD Goenka University have denied the claims of fight in the campus.

A Nigerian Student, Rabiu Md, also filed a police complaint upon the intervention of the Nigerian Embassy accusing Indian students of attacking him and other foreign students.

As per the ASI, Sohna Police Station, a case under section 323 (causing hurt) and section 506 (criminal intimidation) of the IPC has been filed against both groups of students as per the complaints.