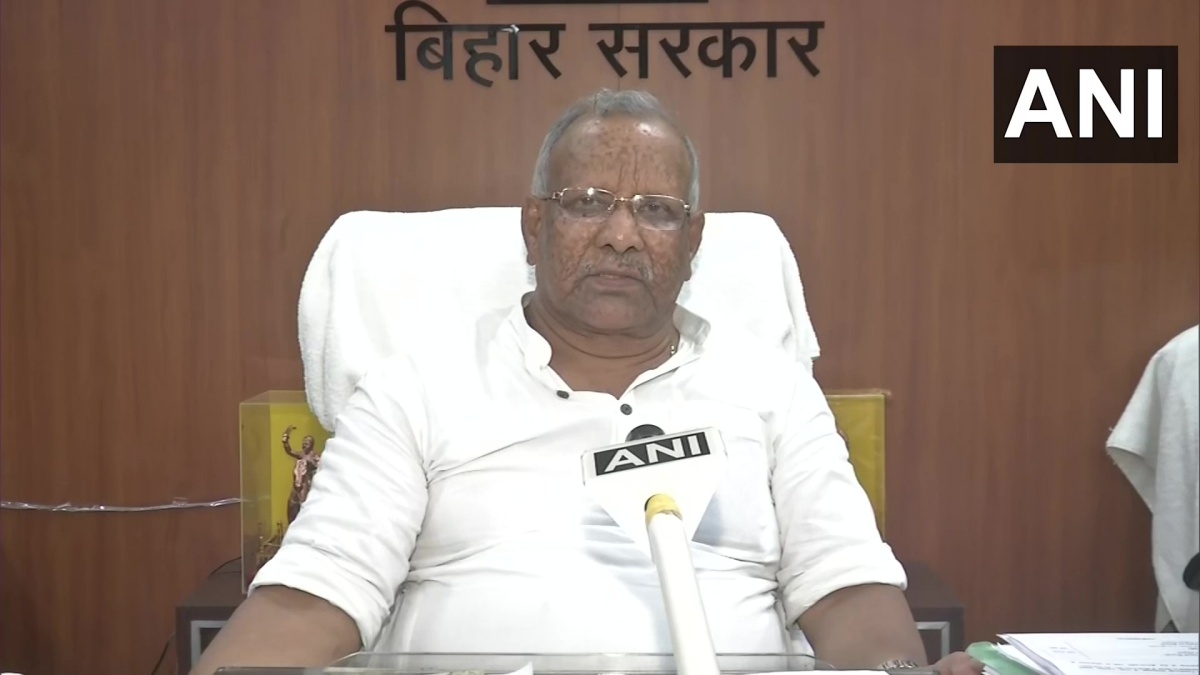 The demand for cancelling the upcoming India vs Pakistan match at the ICC Men’s T20 World Cup 2021 is gathering pace after Bihar's Deputy Chief Minister Tarkishore Prasad on Monday said that India Pakistan match in upcoming ICC T20 World Cup should be halted amid recent targeted civilian killings in Jammu and Kashmir.

The ICC mega event is scheduled to be held on October 24 in Dubai.

The deputy CM's remarks come after a series of targeted killings of civilians, especially the non-locals, in J&K recently. Two labourers, non-local, were killed Wanpoh area of Kulgam when terrorists began firing indiscriminately on them. A carpenter and a pani puri hawker, both hailing from Uttar Pradesh, were shot dead on Friday in the union territory.

Prasad that the match should be haulted so that Pakistan gets a message that if they keep supporting terrorism, India will not stand by them on any matter.

This comes a day after Union Minister Giriraj Singh asked for ‘reconsideration’ of Ind Pak match due to the tensed relationship between the two countries.

I think such things (India vs Pak match in upcoming ICC T20 World Cup) should be halted...so that Pak get a message that if they keep supporting terrorism, India will not stand by them on any matter: Bihar's Dy CM Tarkishore Prasad on recent targeted civilian killings in J&K pic.twitter.com/ZZejMBFA1y

“I think the match should be reconsidered since the relations between India and Pakistan aren’t good," Singh responded to a query if India-Pakistan match should even be held in the wake of targeted killings in Jammu and Kashmir.

Punjab Minister Pargat Singh has also called for the cancellation of the match saying we should avoid anything that may contribute towards further souring the relationship between the two nations.

“India vs Pakistan match in T20 World Cup shouldn’t be held because the situation at the border isn’t ideal and both the countries are currently going through a stressful period. We have to guard humanity and not do anything that may end up putting further stress on the relationship between the two countries," he said.

Mukesh Sah, brother of Arvind Kumar Sah, the pani puri seller who was killed by the terrorists, says that India-Pakistan matches should be cancelled forever. “Terrorists are entering Jammu through Pakistan and killing people. We should never play any match against Pakistan again," he said.

Notably, the bilateral cricket ties between India and Pakistan have been suspended due to the heightened diplomatic tensions between the two countries. The two teams only meet on the cricket field either at the global or continental events the last of which was at the 2019 ODI World Cup in England. T20 World Cup Ind vs Pak: It's always a pressure match against the arch-rivals, says Bhuvneshwar...