At several locations on or near the Line of Actual Control (LAC), the Chinese People’s Liberation Army (PLA) has amassed troops and fortified many of their installations

China is constructing a "larger" second bridge in an area held by it around the strategically key Pangong Tso lake in eastern Ladakh and it could help the Chinese military to quickly mobilise its troops in the region, according to satellite imagery and people familiar with the development on Wednesday.

The bridge is being built amid the lingering standoff between the Indian and Chinese militaries at several friction points in eastern Ladakh for over two years.

There is no official reaction or comment by the Indian defence establishment on the new construction.

China has been focusing on strengthening its military infrastructure after Indian troops captured several strategic peaks on the southern bank of the Pangong lake in August 2020 after the Chinese PLA attempted to intimidate them in the area.

India too has been constructing bridges, roads and tunnels in the border regions as part of overall efforts to enhance military preparedness.

It is learnt that China has recently completed the construction of the first bridge in the area.

The people cited above said the new bridge is being built in an area that is over 20 km from the Line of Actual Control (LAC).

Damien Symon, a geospatial intelligence researcher, who keeps track of Chinese activities along the LAC, posted satellite images of the new construction on Twitter.

Symon, who uses the handle @detresfa_ said a "larger bridge" is being developed parallel to the first one, adding the likely aim of the construction is to "support larger/heavier movement" (of the military) over the lake.

The satellite image posted by Mr Symon noted that the bridge is being built from both sides simultaneously for "heavier and larger movement across the lake".

The bridge is likely to cut the distance significantly from the depth area of Rudok to the region around the Line of Actual Control or LAC in Pangong Tso.

The eastern Ladakh faceoff began on May 4-5 in 2020. India has been insisting on the restoration of the status quo ante prior to the standoff.

India and China have held 15 rounds of military talks so far to resolve the eastern Ladakh row. As a result of the talks, the two sides completed the disengagement process last year on the north and south banks of the Pangong lake and in the Gogra area.

China continues to strengthen its position along its disputed border with India. At several locations on or near the Line of Actual Control (LAC), the People’s Liberation Army (PLA) has amassed troops and fortified many of their installations.

Beijing is also bringing much-needed infrastructure to the region. Key among these investments is a new bridge designed to span a section of Pangong Lake (also known as Pangong Tso), which promises to support the movement of personnel and goods in one of the most inhospitable environments on the planet.

Satellite imagery reveals that construction of the bridge began sometime in late 2021—likely in October—and work remains underway. Imagery captured on January 16, 2022, shows the bridge extending across a roughly 300-meter portion of the frozen, boomerang-shaped lake.

A new support road and construction facilities are also visible leading up to the bridge on the north bank. Imagery from February indicates that initial work on the bridge has continued despite the harsh conditions, with just a small gap remaining between the bridge and the southern bank. China has yet to build a road that will connect the new bridge with existing routes on the lake’s southern side.

When finished and linked up with new routes, the bridge stands to significantly speed up movement of PLA forces on both sides of the lake. Rather than maneuvering around the eastern end of the lake, PLA forces will be able to move directly north-south over the bridge.

Troops moving between Khurnak Fort (on the north side) and areas along the LAC on the south side of the lake could see their travel time cut from 12 hours to roughly three or four hours. The bridge will also add a new route connecting Khurnak Fort and surrounding facilities with the PLA’s largest base in the vicinity, at Rutog.

This construction is just one part of China’s broader push to enhance its position and project power in hotly contested areas. Just under 25 kilometers to the west of the bridge, over two dozen Chinese and Indian troop positions zigzag along mountainous “fingers” that jut out into Pangong Lake near the LAC.

Some of these heights are in the grey zone of the LAC and overlook Chinese camps. India chose to pull back from these positions as leverage for larger disengagement. 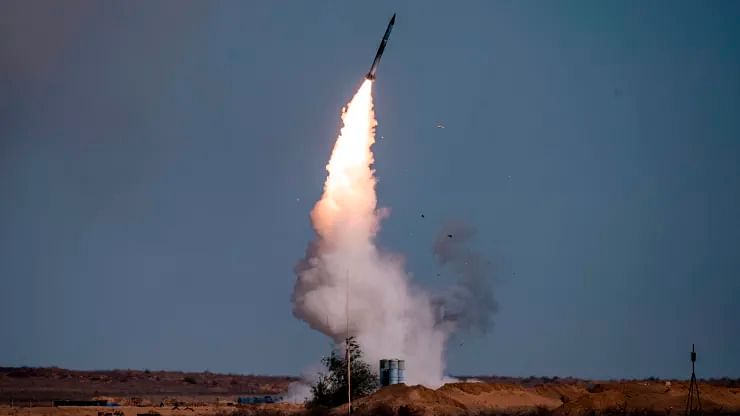