In an interesting turn of events, the conference is also being attended by Afghanistan’s ruling Taliban's acting Foreign Minister Mawlawi Amir Khan Muttaqi

Entitled the ‘Afghanistan: Security and Economic Development,’ conference, India is one of 20 countries to participate | Twitter

On Monday, a two-day conference began in Uzbekistan's capital Tashkent to discuss the ongoing humanitarian and security situation in Afghanistan.

Entitled the ‘Afghanistan: Security and Economic Development,’ conference, India is one of 20 countries to participate, being represented by Ministry of External Affairs Joint Secretary in charge of Pakistan, Afghanistan and Iran, J P Singh.

The first took place at the ongoing Tashkent Conference on Afghanistan which is being attended by diplomats from 20 countries that include India, the UK, the EU, Iran, Italy, Spain, Kazakhstan, Qatar, Kyrgyzstan, Tajikistan, China, Norway, Pakistan, Russia, the US, Turkey and Japan.

In an interesting turn of events, the conference is also being attended by Afghanistan’s ruling Taliban's acting Foreign Minister Mawlawi Amir Khan Muttaqi.

India's outreach to the Taliban

In June, India dispatched 27 tons of emergency relief aid to Afghanistan in the aftermath of the 5.9-magnitude earthquake that killed more than 1,000 people. Earlier this month, New Delhi sent diplomatic staff to Afghanistan for the first time since the Taliban takeover in August last year. It has been sending food aid to Afghanistan as well. These efforts are seen as an Indian attempt to re-establish a diplomatic foothold in Kabul.

The Afghan Taliban have welcomed India’s decision to send diplomats, saying that the move demonstrates the country’s security situation had improved.

“IEA (Islamic Emirate of Afghanistan) welcomes decision by India to return diplomats and technical team to their embassy in Kabul to continue their relations with the Afghan people and their humanitarian assistance,” Abdul Qahar Balkhi, spokesperson of Afghanistan’s Ministry of Foreign Affairs said.

“The return of Indian diplomats to Afghanistan and reopening of embassy demonstrates that security is established in the country, and all political and diplomatic rights are respected,” the statement noted.

For some time now, India and the Taliban have been making efforts to open channels of communication. A number of delegations from the Indian side have met Taliban representatives over the last year.

For its part, the Taliban have been wooing India persistently to assuage New Delhi’s terrorism-related concerns. For instance, the group has said that it will not allow Pakistan to use Afghan soil against India. The Taliban have also clarified that Pakistan and India’s conflict should not undermine its relationship with New Delhi.

Afghanistan in the spotlight

The meeting is of significance as it is going to be almost one year since Afghanistan fell to Taliban 2.0 on August 15, 2021, and countries will be discussing the security situation as well as the humanitarian crisis in Afghanistan.

“The main goal of the event is to develop a set of measures and proposals for the approaches of the world community to promote stability, security, post-conflict reconstruction in Afghanistan and its integration into regional cooperation processes in the interests of the multinational Afghan people and the whole world,” said a statement of the Uzbekistan Foreign Ministry said in a statement.

The Uzbekistan officials stressed that the presence of the Taliban delegation in the conference doesn’t reflect the recognition of the current Islamic Emirate government, reported Tolo News.

Situation could get worse

Political analysts believe the current situation in Afghanistan could get worse if the Taliban leadership do not consider an inclusive government, saying such could also pave the way for the international community to offer formal recognition to the group.

The Taliban’s claim of creating a peaceful atmosphere for men and women is so ironic to the real picture. Women are denied their basic rights like education and even freedom of speech, which was seen and condemned by the whole world but still the Taliban makes false claims.

The participating countries will be discussing food security, regional stability and peace as well as reducing poverty. They will also talk about plans to eliminate trade barriers, development of intra-regional trade and to also digitalise customs procedures

The Tashkent conference is to be followed by a two-day conference of the Shanghai Cooperation Organization on September 15-16. 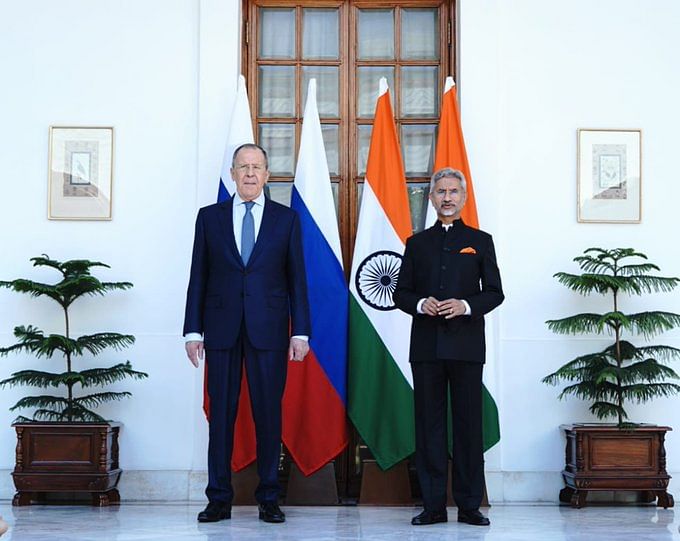 Maharashtra: Delay in allocation of portfolios due to differences between Shinde camp, BJP