In Photos: Torrential rains drown most of Kolkata, IMD warns city to brace for more 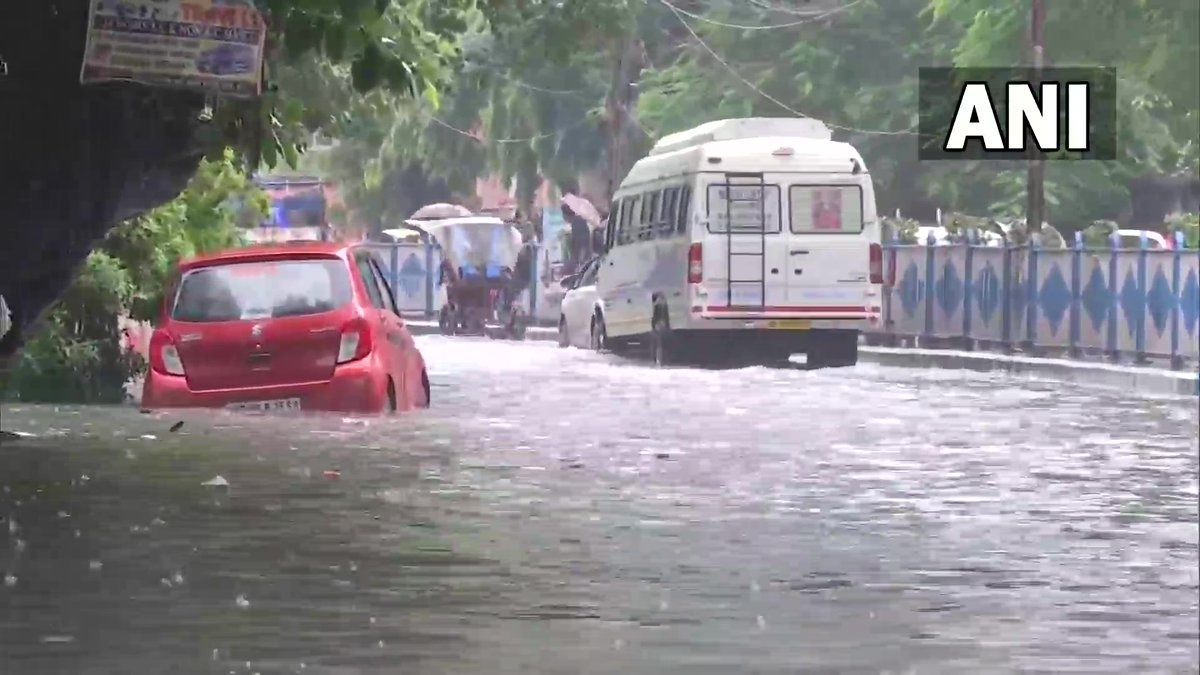 Torrential rain for the whole Sunday night coupled with high tide drowned most parts of the city putting it out of gear on the morning of the first day of the week. Adding more woes to the situation, the meteorological department has predicted more rains in most of the districts in south Bengal in the next 24 hours.

According to the meteorological department there has been 132 mm of rain in Kolkata from 12 midnight on Sunday till 7 a.m. on Monday. The department also said that southern parts of the city including Behala, Mominpur, Ekbalpur, Khidderpore, Kalighat received more rains than the northern part of the city. In most of the places in south Kolkata there has been more than 100 mm of rain, waterlogging nearly the entire part of south Kolkata. 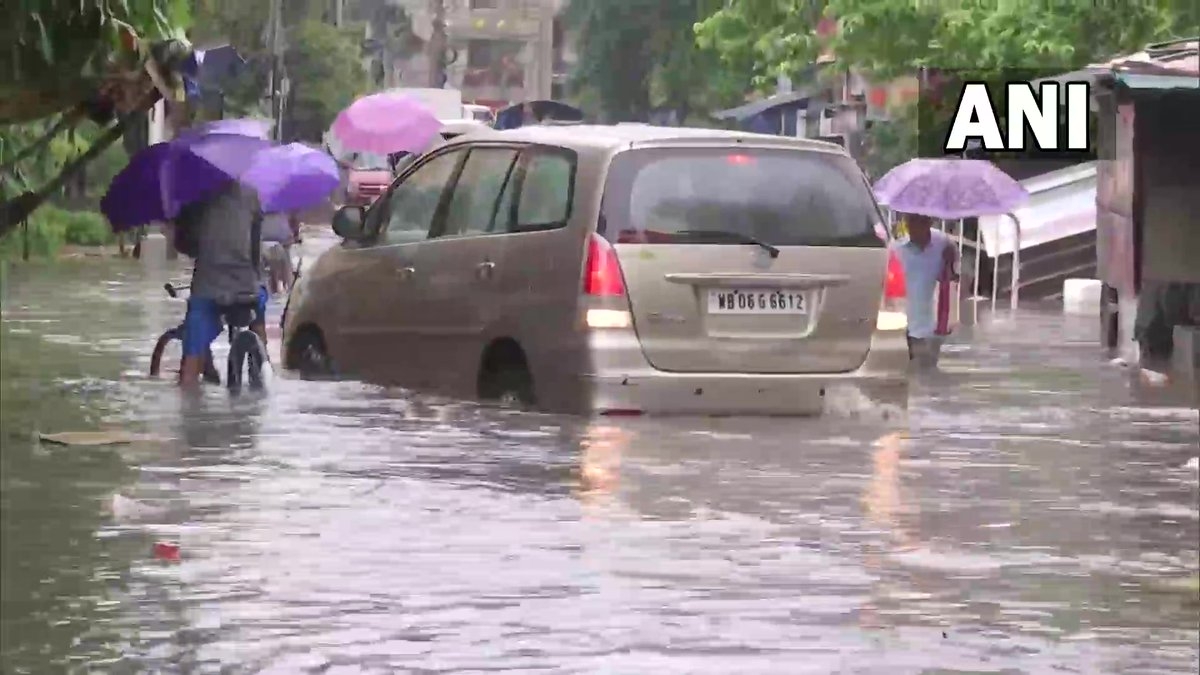 On the other hand, areas like Ultadanga (84 mm), Maniktala (77 mm), Belgachia (82 mm) experienced comparatively less rainfall on Sunday night. The heavy downpour threw the city out of gear and several areas in the city particularly areas in central and south Kolkata are under the water. Areas like Behala, MG Road, Park Circus, Park Street, Theatre Road, Shakespeare Sarani were under knee deep water. People had to wade through the water to reach their working places. 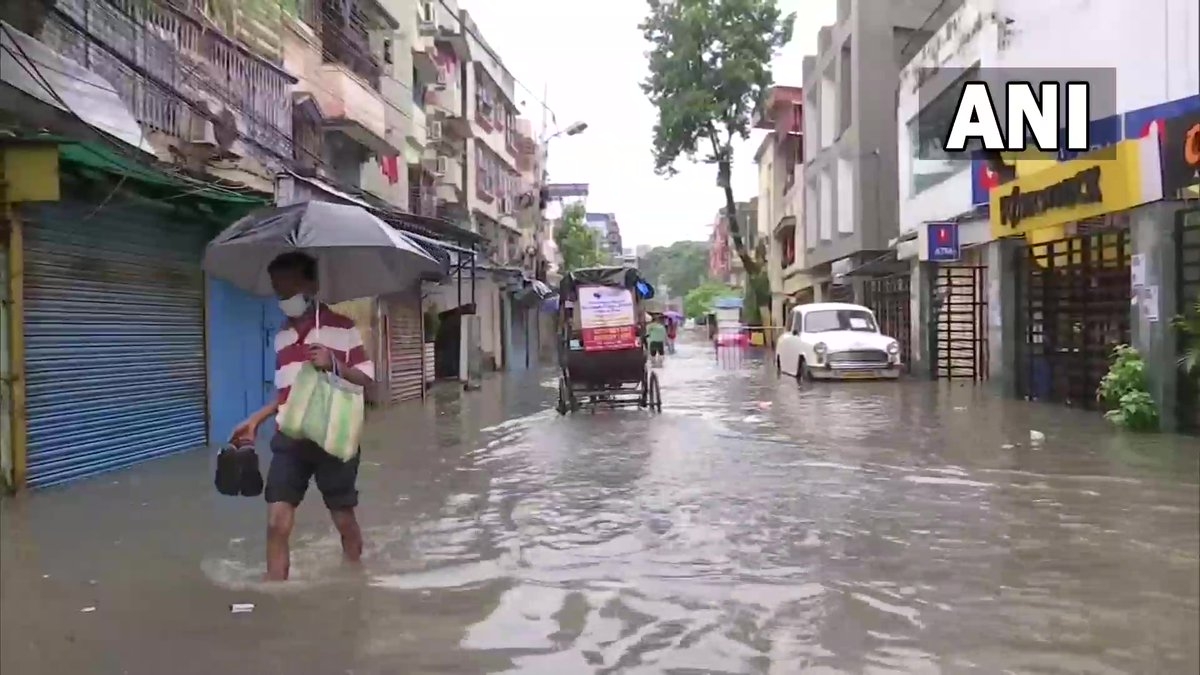 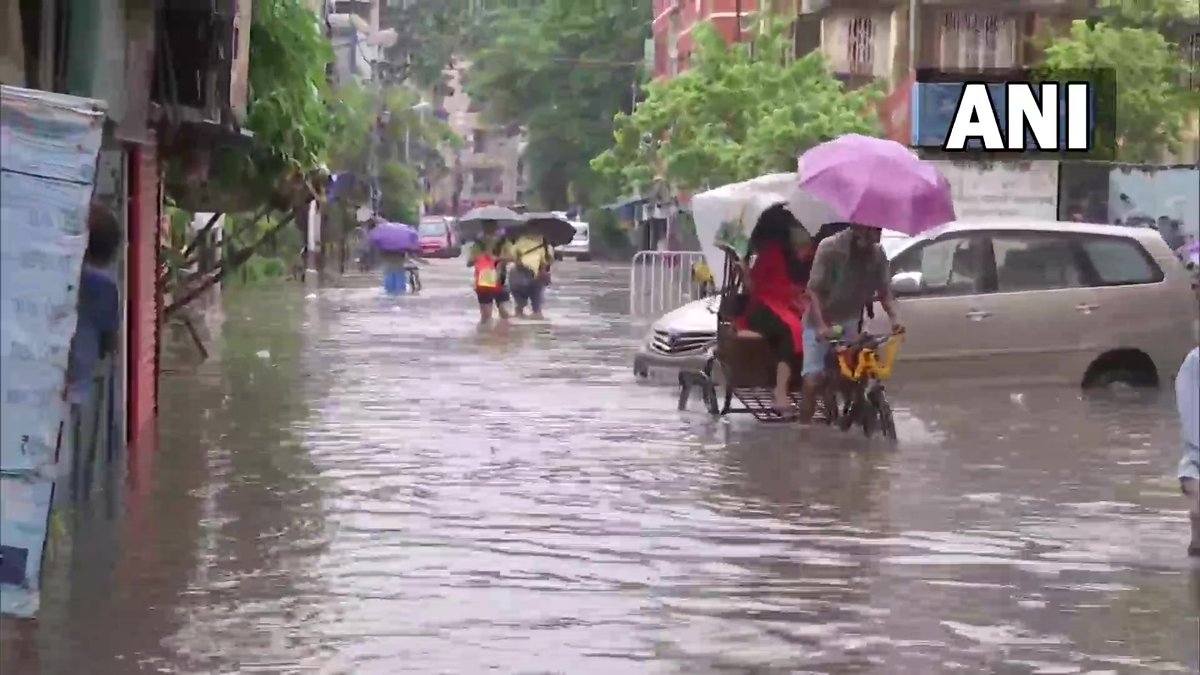 According to IMD, there has been 132 mm of rain in Kolkata from 12 midnight on Sunday till 7 a.m. on Monday| ANI

"Yesterday the lock gates were closed from 11 p.m. to 3 p.m. and that has created all the waterlogging. Even today the lock gates will be closed from 10 p.m. to 3 p.m. because of high tide in Hooghly River. On Sunday the tide was as high as 17 feet and naturally we had to close the gates. The rain water could not be drained and this had led to waterlogging in several parts of the city. We have activated all the 384 pumps spread across 73 pumping stations in Kolkata to drain the water out of the city but it will take nearly six hours to clear the water," a senior official of Kolkata Municipal Corporation said. 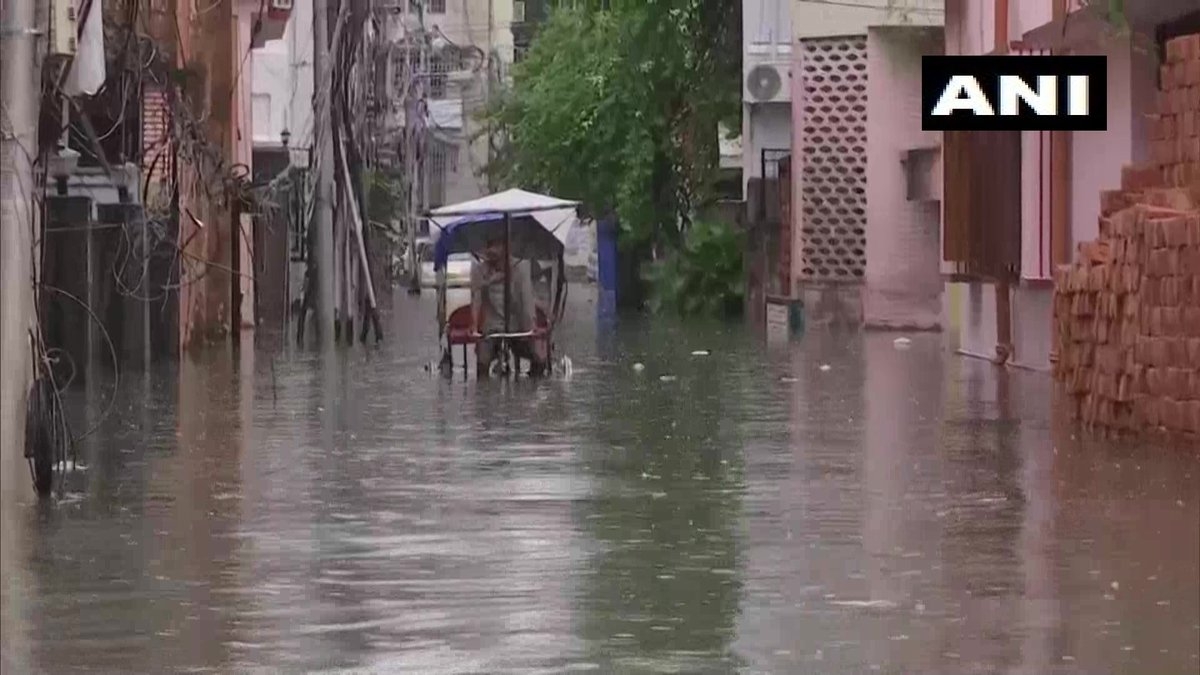 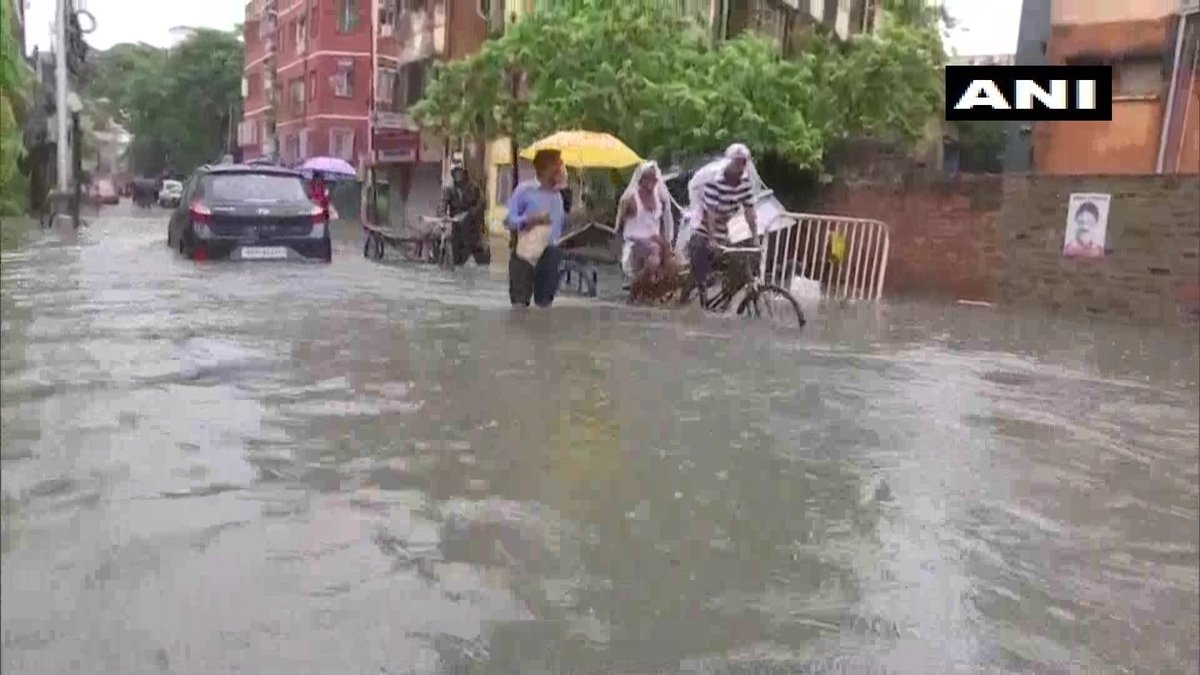 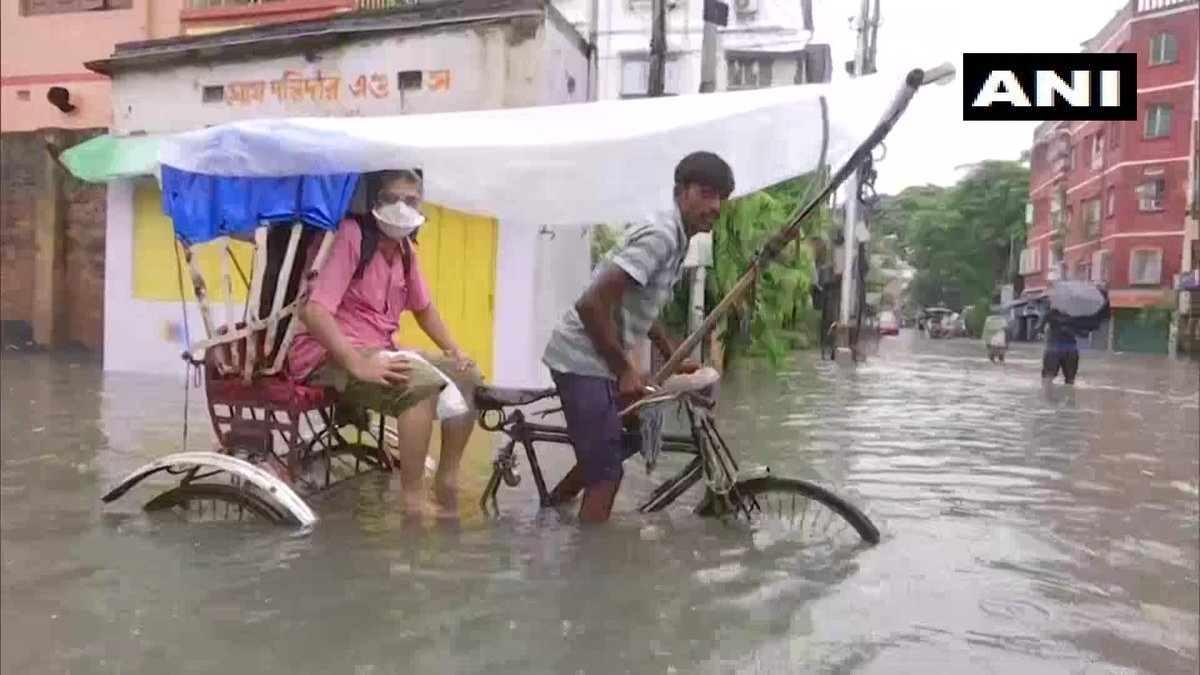 People say that drainage got damaged because people throw garbage on roads," says a local of Lake Gardens area of Kolkata| ANI

Adding to the woes the weather department has predicted more rains in the next 24 hours in most of the districts of South Bengal including Kolkata because of low depression in Bay of Bengal.

According to the initial forecast there will be heavy to very heavy rainfall in most of the districts of South Bengal including Kolkata, South and North 24 Parganas, East and West Midnapore, Hooghly and Howrah for the next 24 hours. "The concentration of the rain was high and we don't have any hand over nature but we are doing everything so that the people can continue with their daily activities but it will take some time," a member of the board of Kolkata Municipal Corporation said.

Former mayor and the chairman of the board of members of KMC Firhad Hakim has surveyed the whole situation and has asked all the officials to work on war-footing so that the water can be cleared as soon as possible. 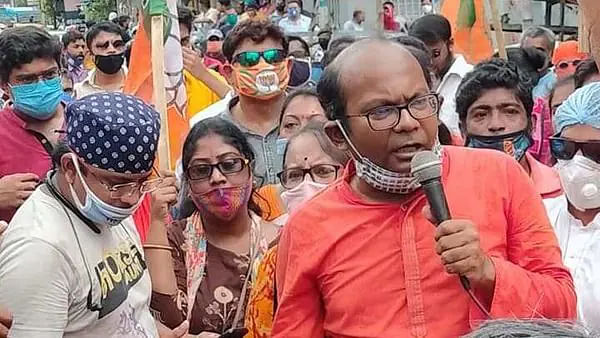