In Jhansi, caste, law and order on people’s minds 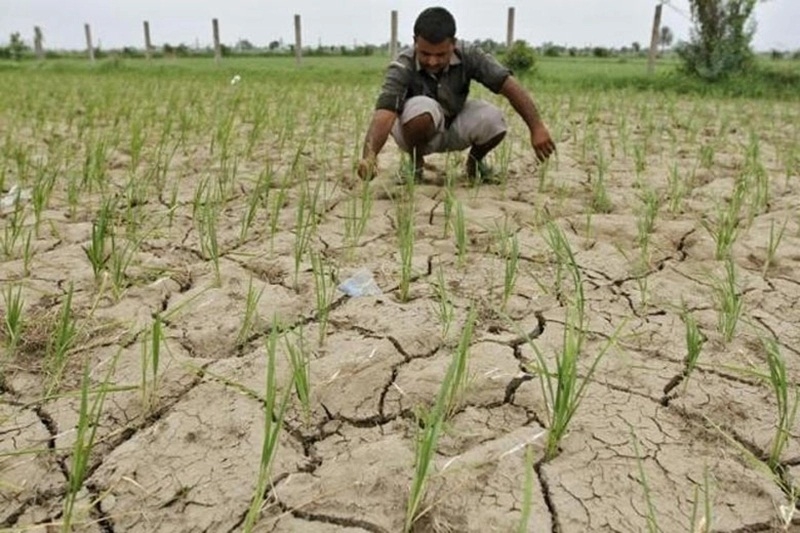 Jhansi: It is ironic that Bundelkhand, a region fed by seven rivers and 20 dams, has faced 13 drought years since the turn of the century, triggering a significant migration of its population to bigger cities. Yet, in Jhansi, the biggest urban centre in the region, issues such as migration, irrigation, water scarcity and drought seem to have taken a backseat. Two factors playing on people’s mind are the law and order situation, which they say has improved remarkably during the BJP rule, and caste.

“During the Samajwadi Party rule from 2012-17, some members of a dominant OBC community had earned notoriety for land grabbing and other feudal activities. The situation has improved remarkably during the present regime, shifting core voters of the BSP to the BJP,” a social worker said. Of the 19 lakh voters in the constituency, around three lakh are either Kushwahas or Ahirwars, making them the dominant groups. They are followed by Muslims and Brahmins, having approximately 1.5 lakh voters each. The constituency has one lakh Yadav and Lodh voters besides a sizeable community of traders, including Jains.

“There are many problems in the constituency such as the lack of advanced medical facilities and unemployment but hardly any party is focusing on these. I’m thinking of pressing NOTA,” Naresh, an undergraduate student, said. However, not everyone is disappointed. Issues like the Balakot airstrike, the leadership of Prime Minister Narendra Modi and the rule of law in the state are attracting voters to the BJP. “No one is focusing on local candidates. They may be setting equations on caste lines but they won’t be able to prevent cross voting. My friends are seeing the BJP as an option,” said Sohan.

The caste factor looks predominant in the choice of candidates by political parties. The Congress has given ticket to Shiv Sharan Kushwaha, a prominent Kushwaha face. The SP-BSP-RLD alliance has relied on Shyam Sundar Singh Yadav while the Pragatishil Samajwadi Party (Lohia) has decided to go with Jagat Vikram Singh Rajput from the Lodh community. A journalist, Utkarsh Sinha, said, “This is the ground reality. Caste has become a very important factor in the present elections in Jhansi and Lalitpur.”

The BJP has put its faith in Anurag Sharma, noted industrialist and managing director of Ayurveda medicines behemoth Baidyanath, whose father was a member of Parliament from Jhansi and Hamirpur constituencies. Top leaders of all major parties have descended on Jhansi, seeking support for their candidates. A roadshow by Congress general secretary Priyanka Gandhi Thursday had attracted huge crowds and a rally by Uttar Pradesh Chief Minister Yogi Adityanath also witnessed good attendance. Such a response has kept parties guessing about the mood of voters.  “Droughts, water scarcity and migration remain key issues but none of the political parties has raised these. They lack a blueprint to solve these issues,” Sanjay Singh, national convener of the People Water Alliance told PTI.

“There are seven rivers in the region. The Yamuna, Ken and Betwa have the largest concentration of dams, yet the region has seen 13 drought years in the past 17 years,” he said. The problem was in the topography of the area that had extremely fertile land but the river bed was made of granite which did not allow recharging of water, he added. Singh said development issues were not primary issues for the people, who were swayed by the caste of the candidate. “It is visible in the ticket distribution of political parties too,” he said.  He said Rahul Gandhi had started taking interest in Bundelkhand, resulting in the victory of the Congress candidate from Jhansi in the 2009 Lok Sabha elections but later he got busy in national politics, resulting in a decline of the Congress support in the area

Amardeep, a social worker and researcher, recalls that Gandhi used to visit his home for interaction with people, where he used to discuss issues related to self-help groups, women empowerment and employment generation. Jhansi was a stronghold of the BJP in 1990s. Its candidate Rajendra Agnihotri retained the seat for a decade before losing to Congress nominee Sujan Singh Bundela in 1999. The Samajwadi Party tasted its first victory in 2004 but the Congress wrested the seat back in 2009. In 2014, BJP’s firebrand leader Sadhvi Uma Bharti had won from here with a huge margin of 1.90 lakh votes. She polled around 43 per cent (5.75 lakh) of the votes.