'If no one planned Babri demolition, then what are the Delhi riots cases about?': Shashi Tharoor poses question 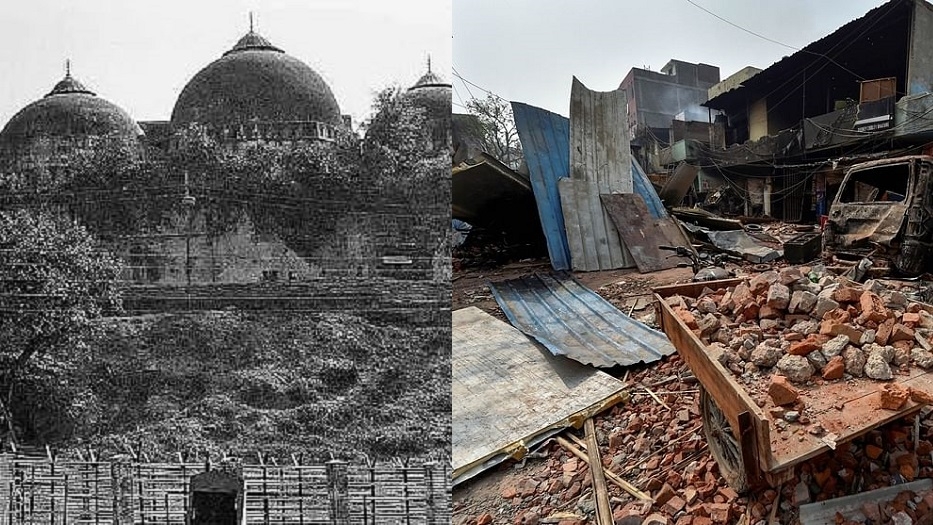 On Wednesday, around 28 years after the demolition of Babri Masjid, a special court acquitted all 32 accused including BJP veterans L K Advani, M M Joshi and Uma Bharti of involvement in the destruction of the mosque.

And while many have hailed the verdict, the Opposition has slammed it as running counter to the constitutional spirit. In a 2,300-page judgment, the CBI court said there was no conclusive evidence against the accused of being part of any conspiracy to bring down the disputed structure in Ayodhya. Delivering the verdict on the day of his retirement, special Judge S K Yadav did not accept video cassettes as evidence. He said the CBI never sent them to forensic laboratories to ascertain their veracity. Reacting to the verdict on Thursday, Congress leader Shashi Tharoor wondered if the same set of rules would apply to the Delhi riots that took place earlier this year.

"The judge in the #BabriMasjidDemolitionCase seems to be arguing that no one planned the mosque’s destruction & it was a spontaneous act. But surely incitement is a crime? If igniting the hotheads who undertook violence is not chargeable, then what are the Delhi riots cases about?" he asked.

Interestingly, while the CBI court ruled that there was no evidence that demolition was a conspiracy, the opposite had been suggested by the Liberhan Commission. The one-man commission of a sitting judge Liberhan was set up on December 16, 1992 to "ascertain only the events, facts and circumstances leading up to the demolition of the structure at Ayodhya and certain connected matters". The panel had submitted its report 17 years later after examining over 100 witnesses.

The Commission had rejected the theory that it was a spontaneous act by karsevaks and had termed the bringing down of the structure a result of "great painstaking preparation and pre-planning".

In its report, the commission had blamed the Sangh Pariwar and the RSS of financing and executing the demolition of the disputed structure. "The theory or the claim made by the leaders of the movement or the icons, from political or social organisations, does not carry conviction to conclude that the demolition was carried out by the karsevaks spontaneously out of sheer anger or emotions," Liberhan had concluded.