Meanwhile, the Andhra Pradesh government on Saturday announced an ex-gratia payment of Rs 50 lakh to the family of Lance Naik B Sai Teja.

Lance Naik B Sai Teja, who lost his life in a helicopter crash along with CDS General Bipin Rawat and 11 others in Tamil Nadu, was laid to rest in his native village Yeguvaregadi in Chittoor district on Sunday afternoon.

Army officials solemnly presented the national tricolour to Teja's widow as the mortal remains were buried in his agricultural land with full military honours and a gun salute. 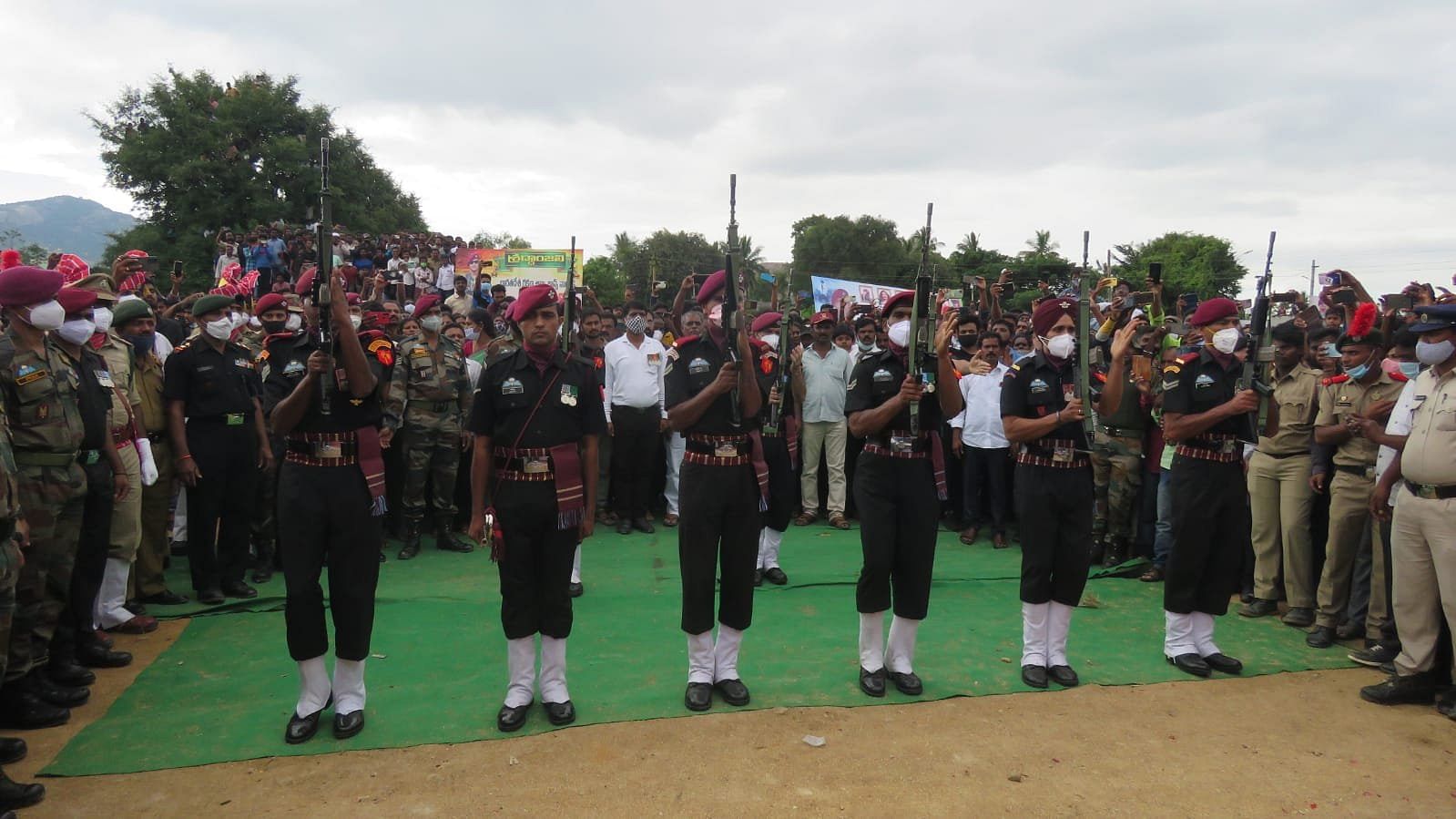 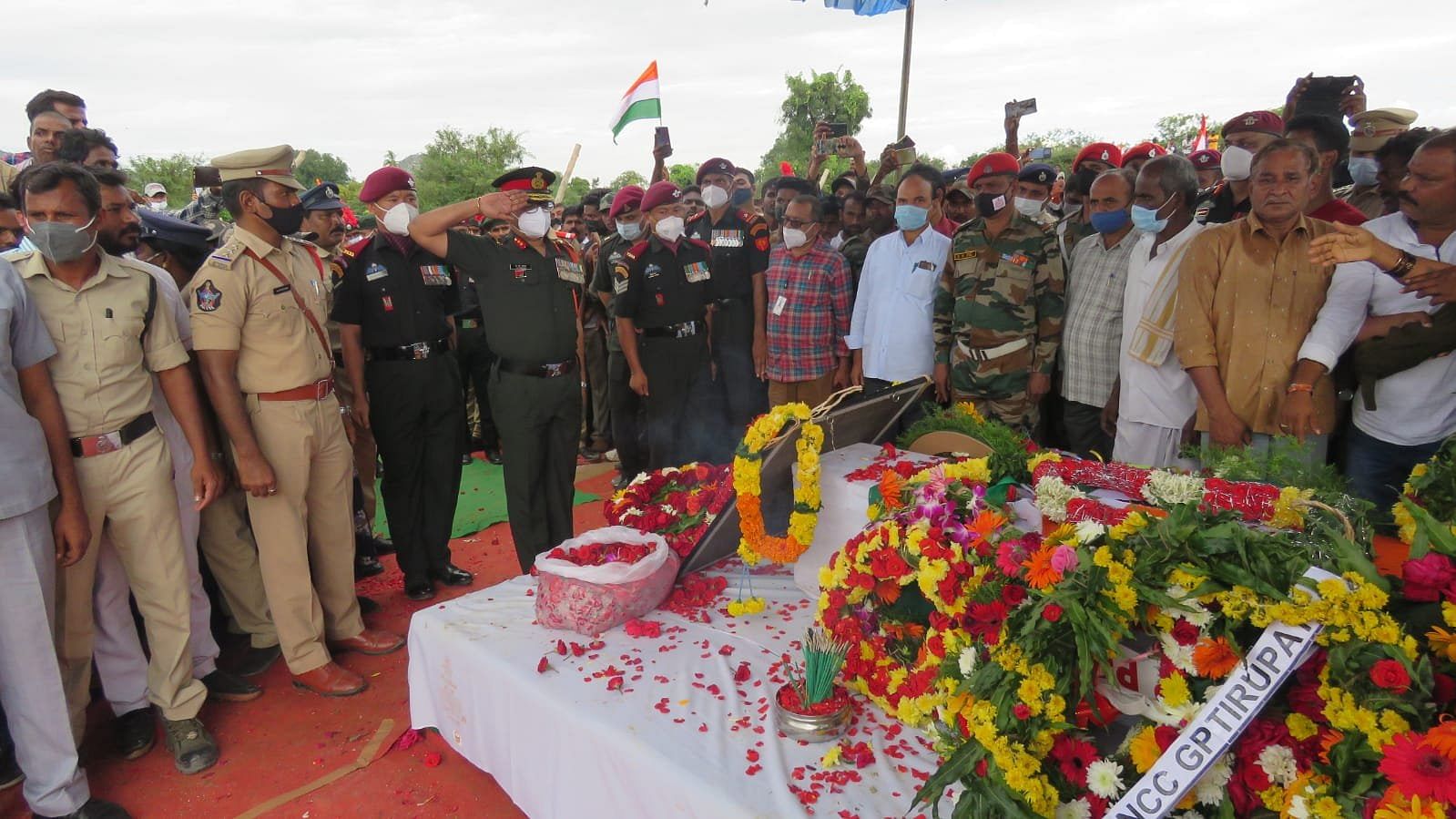 The mortal remains of the Lance Naik were brought to his village in a flower-bedecked military vehicle from the Army Base Hospital in Bengaluru on Sunday morning.

Thousands of youths and other citizens, carrying the national flag, lined up along the 30-km route from the Andhra-Karnataka border as the convoy proceeded to Yeguvaregadi.

Heart-rending scenes were witnessed at the jawan's residence as his body was brought in. The family members, friends and villagers broke down during the funeral.

Apart from the Army officials, the AP government officials too paid homage to the departed soldier.

Hundreds of people from nearby villages poured in to pay their last respects.

Meanwhile, the Andhra Pradesh government on Saturday announced an ex-gratia payment of Rs 50 lakh to the family of Lance Naik B Sai Teja.

In a tweet, the AP Chief Minister's Office said the government announced the Rs 50 lakh ex-gratia to the Lance Naik's family. 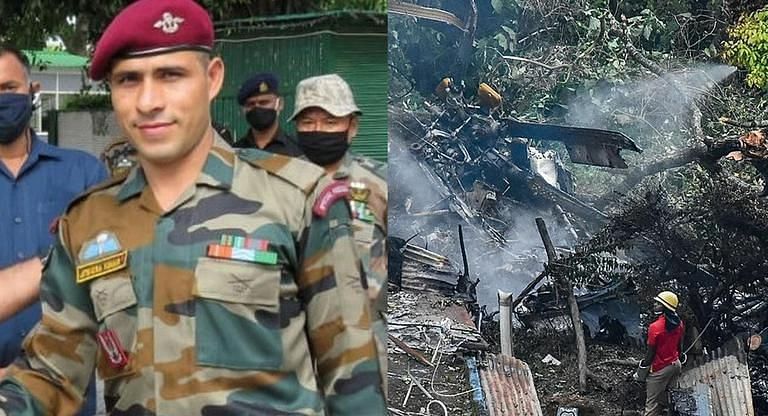