Irani said the ace investor was tenacious, tender, graceful, and "my gentle giant".

Often referred to as India's Warren Buffett, Jhunjhunwala died early this morning due to a cardiac arrest. He was 62.

"I lost my brother today .. a relationship not known to many. They call him a billionaire investor, the badshah of BSE .. but what he really was .. is and always will be .. is a dreamer," she tweeted.

Irani said the ace investor was tenacious, tender, graceful, and "my gentle giant".

"Bhaiyya always told me ' apan apne dam par jeyenge ' .. and he lived on his own terms .Rakesh Jhunjhunwala. the legend, the legacy will live on," she said in another tweet.

Jhunjhunwala, a Chartered Accountant by qualification and training, was 62 and is survived by his wife Rekha and two children.

He was not keeping well for the past few days and breathed his last today in Breach Candy Hospital in Mumbai.

Oft referred to as the 'King of Bulls' in the stock markets, Jhunjhunwala's latest venture Akasa Air's maiden flight took off exactly a week ago on August 7, last Sunday.

A lot of people questioned why he planned to start an airline when aviation was not doing well, to which he replied, "I say I'm prepared for failure." He was always bullish about India's stock market and whatever stocks he purchased mostly turned into a multibagger.

He had also shot into the limelight for his palace-like new residence coming up at Malabar Hill in south Mumbai, and had been on the board of several top companies. 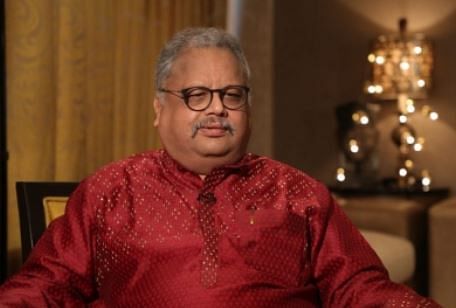 UP: Killer, who disguised as Buddhist monk, arrested after 30 years from Farrukhabad