'I do not want to fall to that level...': Jyotiraditya Scindia slams Digvijaya Singh over 'traitor' remark 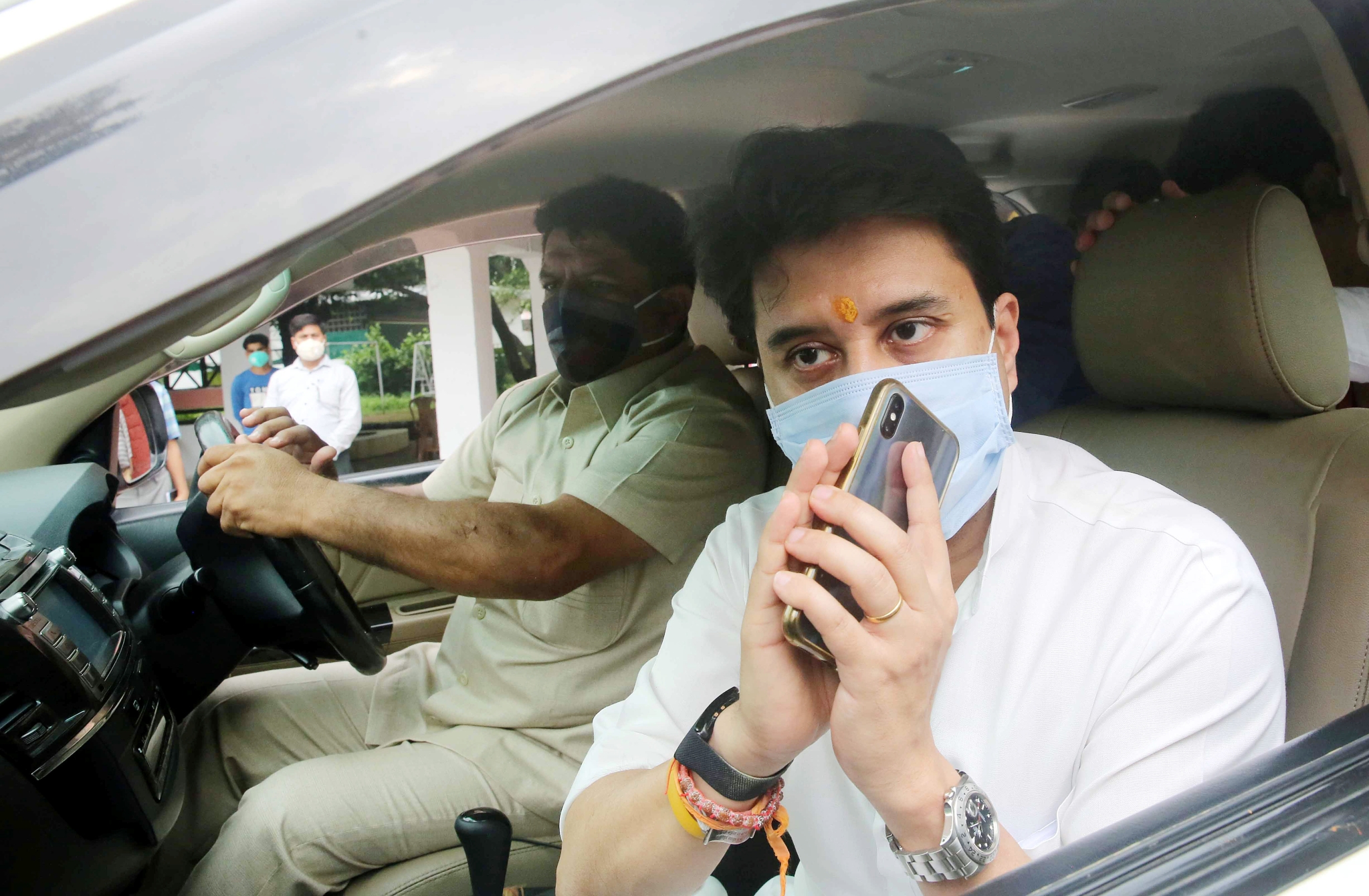 A war of words erupted in Madhya Pradesh after Union minister Jyotiraditya Scindia addressed a public meeting at Raghogarh, the home turf of Congress leader Digvijay Singh, who termed the former a "betrayer" for quitting Congress with MLAs and joining BJP.

Hitting back at Congress leader Digvijaya Singh over his 'traitor' remark, Union Minister Jyotiraditya Scindia on Sunday said the statement of the former reflects his mental state.

"I do not want to fall to that level... What to say to those people who called Osama (Osama Bin Laden) as 'Osama Ji' and told that they will abrogate Article 370 when they come to power. What he said reflects his mental state. The public will decide as to who is a traitor and who is not," Jyotiraditya Scindia was quoted as saying by news agency ANI.

Digvijaya Singh in a public meeting on Saturday had said that Scindia has betrayed Congress and toppled the party's government by defecting MLAs distributing money.

"History will not pardon traitors. Coming generations will remember the betrayers," Singh had said.

"Scindia took advantage of Congress and later joined BJP. He also took our MLAs with him by distributing money. History will not forgive traitors. The generations to come will remember the betrayers," said Singh, who belongs to the Raghogarh royal family, while addressing a rally in Mundela village in the Vidisha district.

When it comes to the queen of Jhansi, does the name of the Scindia family get mentioned or not (for deceiving)? If he (the then Scindia ruler) had helped Hindu kings in the battle of Panipat, Ahmed Shah Abdali would have lost the battle of Panipat. If Scindia had not betrayed us, the Congress government in MP would have stayed in power even today, Singh charged.

He alleged that Scindia had played a role in toppling the Kamal Nath-led government in Madhya Pradesh last year.

"Scindia left the party and took our MLAs by distributing money among them. He betrayed Congress. Who had thought of it? The MLAs who had left Congress to topple the state government in 2020 had received Rs 25 crores each. If one person betrays, then his coming generations also turn out to be traitors," said Singh while addressing a public meeting with party workers at Madhya Pradesh's Guna.

Scindia quit Congress in March last year triggering resignations by over 20 Congress MLAs that led to the fall of Kamal Nath-led Congress government in Madhya Pradesh. Later, BJP's Shivraj Singh Chouhan was sworn in as the Chief Minister of Madhya Pradesh.