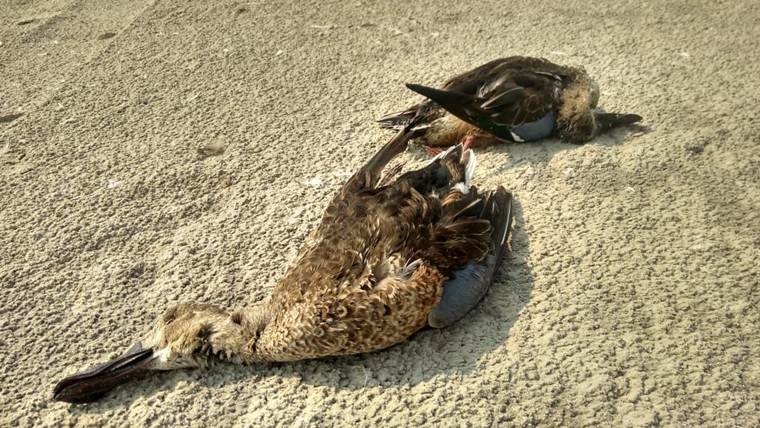 The incident puts a huge question mark on the functioning of the forest department as the as the decomposed bodies show that the deaths have been occurring across a fortnight.

Vicera of the dead birds has been sent to Bhopal and Ludhiana laboratories for inverstigation and report is expected in the next few days. The dead birds include species like; Northern Survellor, Pied Avoset, Common Coot, Gargane, Cantis Flavour, Tinip Flavour, Lessor Vijisling, Ruff,

“Some of the migratory birds could have been infected by some disease which could have spread to others through the lake water. Water samples have also been taken for examination,” said ACF Dudu, Sanjay Kaushik.

“The birds do not show symptoms of bird flu. Medical teams have taken samples and we are awaiting reports to take further action,” Dr Ashok Rao, veterinary doctor.

The incident is a cause of concern as there are thousands of migratory birds at the lake that will stay till the end of winter.