"Hemant Karkare falsely implicated me and treated me very badly. I told him your entire dynasty will be erased. He died of his karma," Sadhvi Pragya had earlier said.
FPJ Web Desk 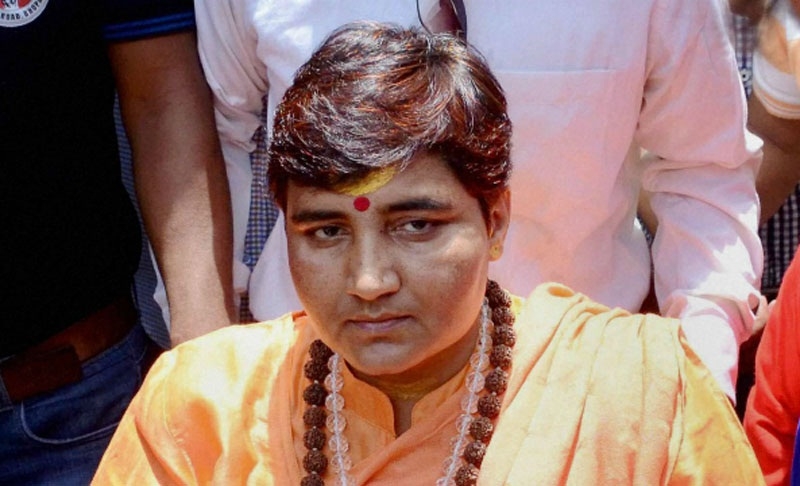 Eleven years after the 26/11 attack in Mumbai, the memories remain embedded in people's minds. Whether they watched it unfold glued with transfixed horror to a television in another part of the country, or were eyewitnesses, it remains fresh in their minds.

What does get buried under new developments however are political incidents. And in the context of the 26/11 Mumbai attack, there were several political instances that are worth mentioning.

Take Narendra Modi's press conference on November 28 outside the Oberoi Trident Hotel. The then Gujarat Chief Minister spoke outside one of the attack sites and announced a compensation of Rs. 1 crore for the families of martyred soldiers from the Gujarat government. The timing of his appearance, days before Delhi and Rajasthan went to polls on 29 November and 4 December, respectively made many people critical.

According to reports, around the same time the BJP had released advertisements that showed a splash of red against a black background and read, “Brutal Terror Strikes at Will. Weak Government. Unwilling and Incapable. Fight Terror. Vote BJP.” Now, on the eleventh anniversary of the attacks these purported advertisements have once again resurfaced on the internet.

Later, the Prime Minster also dropped in to meet the widow of Hemant Karkare who was martyred in the attack. Reports soon began to circulate that Kavita Karkare, who along with her kin had repeatedly refused to meet anyone, had turned down this compensation. An Outlook India report however clarifies that Modi simply offered moral support and left. Later, in 2012, she accepted a memento from Modi at a RSS-floated outfit's function.

Interestingly, BJP leaders including Modi had earlier blamed Karkare over the "biased" probe into the Malegaon blasts.

Leaders from the BJP and Shiv Sena had condemned the investigation. Reportedly LK Advani had demanded a change in the ATS team and asked for a judicial inquiry into the torture allegations made by Sadhvi Pragya Singh Thakur. The Sena too had threatened via its mouthpiece, Saamana to name and shame some ATS officers for torturing the suspects.

According to an earlier report by The Indian Express, Karkare himself had wondered why this case had gathered such political connotations.

"The pressure is tremendous and I am wondering how to extricate it from all the politics," he reportedly told the publication.

More recently, in April 2019, Sadhvi Pragya, then the BJP candidate for Lok Sabha polls from Bhopal, said that her curse had killed Karkare.

"Hemant Karkare falsely implicated me and treated me very badly. I told him your entire dynasty will be erased. He died of his karma," she reportedly said.

Sadhvi Pragya is currently out on bail. She is also at present a Member of Parliament.