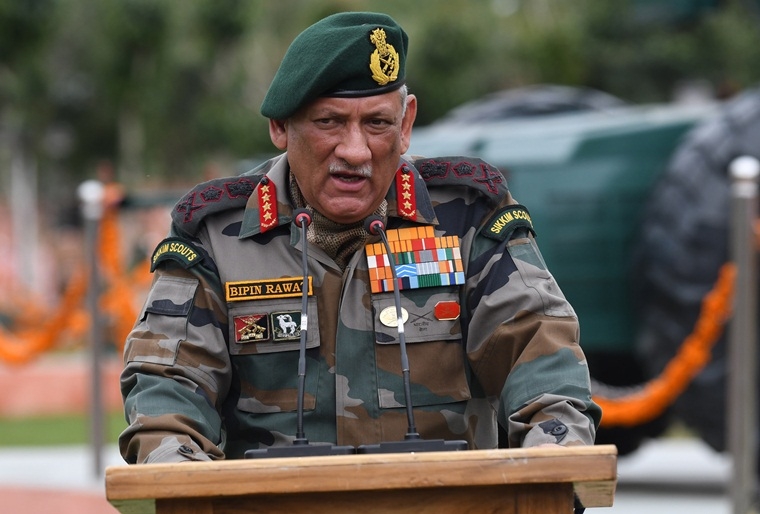 New Delhi: Outgoing Indian Army Chief General Bipin Rawat, who will take charge as India's first Chief of the Defence Staff (CDS) on January 1, 2020, said on Tuesday that Army is better prepared, equipped and armed to fight any war.

Earlier, it was said that General Rawat would take charge of CDS on Tuesday afternoon but Ministry of Defence clarified that he will take charge on January 1, 2020. "During my three years as Chief of Army Staff, I can say, we focused more on weapon modernization, force restructuring and non-contact warfare," said General Rawat, adding that how successful his tenure was, can only be gauged by people who are looking upon Indian Army from outside. 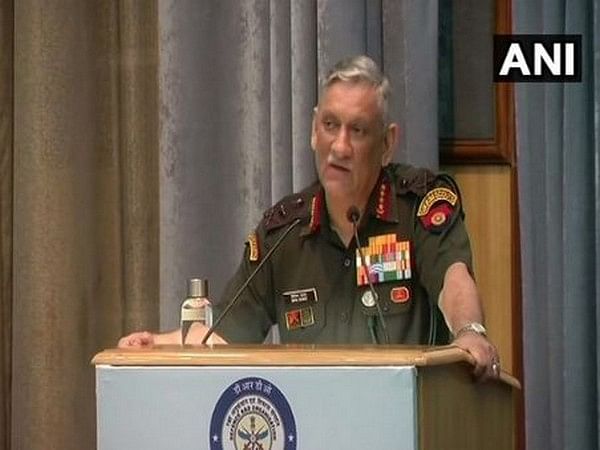 He said: "Today as I demit the office of the Chief of Army Staff of the Indian Army, I wish to convey my gratitude and compliments to the soldiers and the rank and file of Indian Army who have stood steadfast under challenging circumstances and have performed their duty in keeping the traditions of our armed forces."

"I wish to specially convey my compliments to those soldiers who are deployed on the Northern, Western and our Eastern borders braving this winter chill and the icy winds as they stand steadfast performing their role and task without hesitation," said General Rawat, adding, "I also wish to convey my best wishes to the soldiers, the rank and file, their families, veterans and veterans' families and all defence civilians and their families who have supported me in helping me perform my duty in an honourable manner."

He also gave best wishes to General Manoj Mukund Naravane, who will be assuming the office as 28th Chief of Army Staff. "He is a very competent and capable officer. We are confident he will prove his competence and professionalism and take the Army to even greater heights. I am confident the Indian Army will continue to rise to greater heights under his leadership. I will also support him and Indian Army will support him," he said.

General Rawat said he is obliged that the way Indian Army supported him during his three years of tenure. "I successfully managed my task and responsibility because of the support I got," he said, adding that In Indian Army, Chief of Army Staff is just a post. "Chief of Army staff does work alone. To make him work and perform his responsibilities, support of soldiers, rank and file is necessary and because of their support and team work, Indian Army chief functions," he said.

He will hand over the charge to the General Naravane to lead the Indian Army. Government had appointed General Naravane as next Army chief. On Monday late night, the Central government announced that General Rawat has been appointed as CDS. General Rawat - who served a rare full three year term as the Indian Army Chief after he superseded two officers in 2016 - will serve as CDS till March 31, 2023.

Rawat was commissioned into the 5th battalion of 11 Gorkha Rifles on 16 December 1978. On Sunday, the Ministry of Defence amended Indian Army, Indian Navy and Indian Air Force rules. As per amended rules, chief of defence staff (CDS) or tri-service chief will be able to serve till the age of 65. As per existing government rules, the three service chiefs can serve up to the age of 62 or for three years, whichever is earlier. Union Cabinet on December 24 approved the Chief of Defence Staff (CDS) post and its charter and duties. The CDS will be a 4-star general who will head the new Department of Military Affairs.