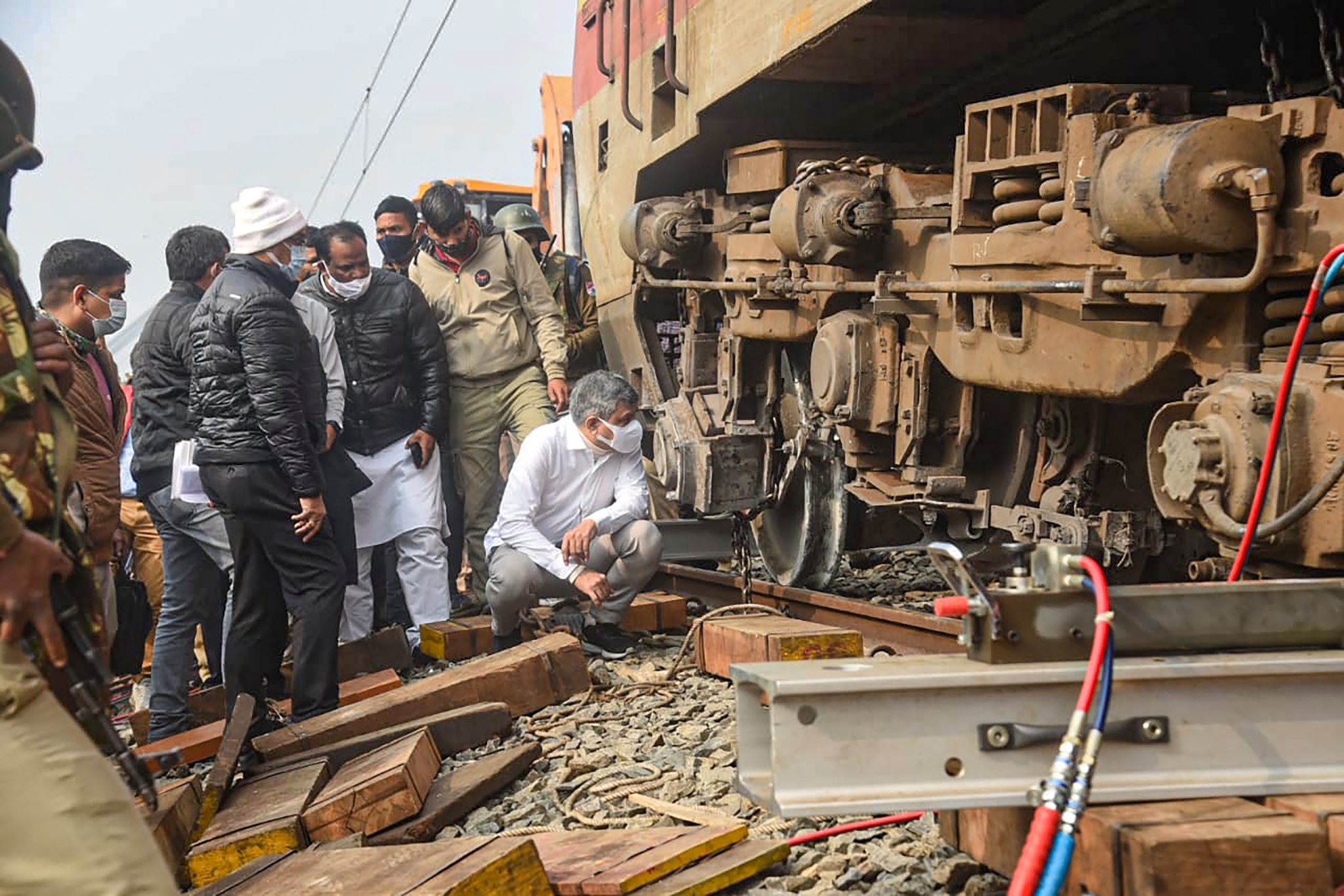 “There was a locomotive equipment issue and the Railways is inspecting the issue. The actual reason of the accident is yet to be ascertained,” said Ashwini.

After meeting the injured people at the hospital, the Minister assured of a proper probe report of which will be submitted within six months.

According to Northeast Railway Frontier CPRO Guneet Kaur, Ashwini arrived at Domohani railway station on Friday morning and proceeded to the accident site by a motor trolley.

“With Union Minister’s instruction, an inquiry committee has been formed to find out what caused the derailment that led to the accident,” said Guneet.

Guneet also confirmed the number of deceased people had risen to nine on Friday and several injured were being treated at the hospitals.

According to hospital sources, the number of injured currently stands at 36 out of which 23 passengers are being treated at Jalpaiguri super speciality hospital, six are admitted at the North Bengal Medical College and seven at Maynaguri Rural Hospital.

According to the driver of the train, they had faced severe ‘jerks’ following which they had to jam the brake.

“Suddenly we had felt two severe jerks and for emergency, we had to jam the brake but we didn’t know that this would lead to such devastation,” the driver said.

Meanwhile, families of the injured people had filed a case in the Maynaguri police station against the driver of the train.

It can be recalled that on Thursday evening an unfortunate incident of derailment of 12 coaches of Bikaner-Guwahati Express took place near Maynaguri in Jalpaiguri district.