Ahmedabad: In a strategic move, the Gujarat government has informed all the six trusts, primarily the Sabarmati Ashram Preservation and Memorial Trust (SAPMT), managing the historic Gandhi Ashram to evolve a “concept note” on how the renovated ashram complex should look like.

The eminent trustees of the SAPMT, including its chairperson octogenarian Elaben Bhatt, have time and again conveyed to the government that any redevelopment should maintain the frugality and simplicity of the Ashram which Gandhi practised in real life.

The Gujarat government has conveyed to the trustees to develop a concept note on “the interpretation, exhibition and experience” a visitor would have while visiting the proposed “larger” ashram premise spread across around 120 acres. The ashram, as of now, has been reduced to three acres and the proposal by the Centre and the State is to develop into a 55-acre complex.

After receiving the communication, the SAPMT has started a broad consultation process with all stakeholders and the Gandhian community at large. According to a press release issued by the SAPMT on Sunday evening, “The redevelopment proposal for the Sabarmati Ashram precinct in Ahmedabad has led to much discussion and several concerns have been raised. Currently, the area for visitors known as the Ashram is about 3 acres on which stands Hriday Kunj, which was home to Mahatma Gandhi from 1917 to 1930. It also houses the museum designed by Charles Correa. The memorial is visited by over 3,000 people every day.”

“The area which people visit is a fraction of the original ashram that was spread over 120 acres of land and had 63 structures. Nearly 48 of these buildings are present even today. With a view to give visitors a larger experience of the ashram as it was, the restoration plan proposes that a larger area of approximately 55 acres be developed similar to the current memorial giving the visitors an understanding of the variety of activities and the functioning of the ashram in those days,” the press statement says.

A governing council, headed by the Gujarat Chief Minister, and an Executive Council under Chief Principal Secretary to the CM, K Kailashnathanm, have been constituted to implement the Rs 1,200 crore project.

The trustees stated that the, “The Executive Council has asked the SAPMT to develop a concept note on the interpretation, exhibition and the experience a visitor would have when he/she visits the Ashram and the larger proposed area.”

“The SAPMT proposes to develop this concept note through an open process, inclusive of various groups, institutions and individuals concerned with the future development of the Ashram. SAPMT is of the view that through transparency, dialogue and participation, the plan would develop and be implemented in a way that would be a true homage to Mahatma Gandhi and touch each visitor with the right message,” it added. 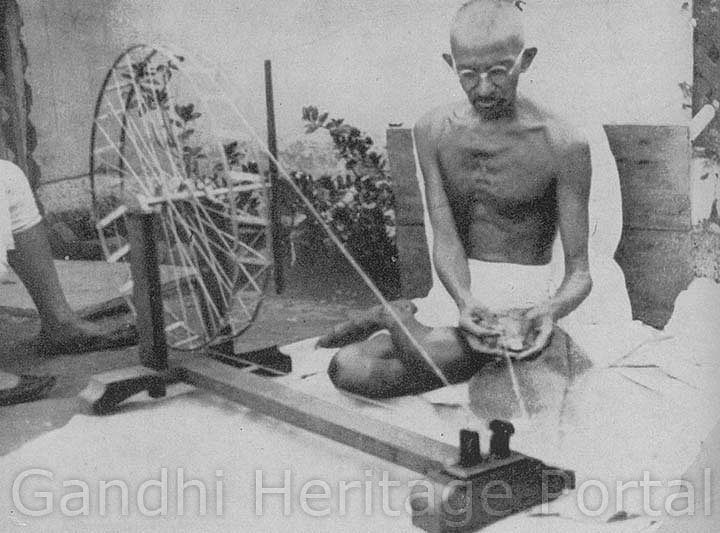