GSLV-F10 mission could not be accomplished due to performance anomaly in cryogenic stage: ISRO; watch video of the launch 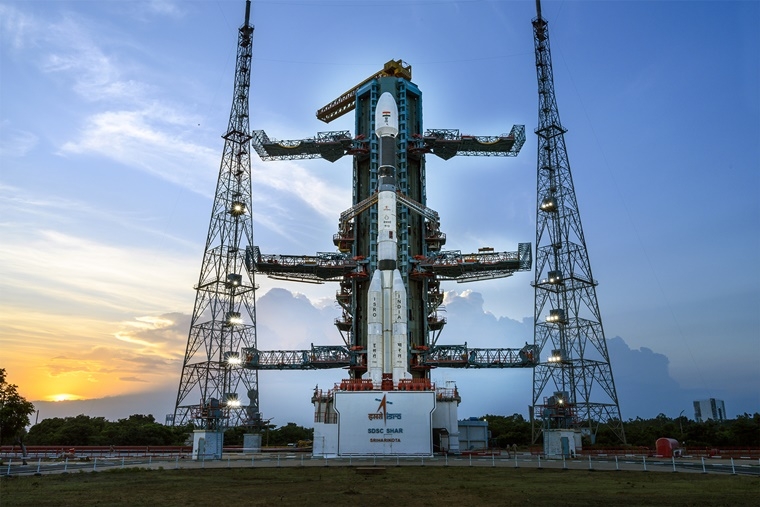 Indian Space Research Organisation's second mission of the year to place an earth observation satellite by a GSLV rocket faced a setback as the mission could not be accomplished fully due to performance anomaly in the cryogenic stage of the rocket, the space agency said on Thursday.

"GSLV-F10 launch took place today at 0543 Hrs IST as scheduled. Performance of first and second stages was normal. However, Cryogenic Upper Stage ignition did not happen due to technical anomaly. The mission couldn't be accomplished as intended," ISRO tweeted.

The 51.70-metre tall rocket GSLV-F10/EOS-03 successfully lifted off from the second launch pad at the spaceport as planned at 05.43 hrs soon after the 26-hour countdown concluded.

The launching event is the second one this year for the Bengaluru-headquartered space agency after the launch of Brazil's earth observation satellite Amazonia-1 and 18 co-passenger satellites in February this year.

As the 26-hour countdown for Thursday's launch concluded, the 51.70-metre tall rocket lifted off majestically at 05.43 am from the second launch pad at this spaceport.

The earth observation satellite would provide real-time images of the country and also be able to quickly monitor natural disasters.

The objective of the mission was to provide near real-time imaging of large areas at frequent intervals, for quick monitoring of natural disasters, episodic events and obtaining spectral signatures for agriculture, forestry, water bodies as well as for disaster warning, cyclone monitoring, cloud burst and thunderstorm monitoring. The mission life is 10 years, ISRO said.

Here's all you need to know about the GSLV-F10 rocket:

EOS-03 is a state-of-the-art agile Earth observation satellite that will be placed in a Geosynchronous Transfer Orbit by GSLV-F10. Subsequently, the satellite will reach the final geostationary orbit using its onboard propulsion system.

A four meters diameter Ogive-shaped payload fairing is being flown for the first time in this GSLV flight. This is the fourteenth flight of GSLV.

According to ISRO, after the GISAT-1 launch, the other satellite to go up will be the EOS-4 or Risat-1A, a radar imaging satellite with Synthetic Aperture Radar (SAR) that can take pictures during day and night looking through the clouds.

The Risat-1A satellite weighing over 1,800 kg will be carried by the Polar Satellite Launch Vehicle (PSLV) this September, said ISRO.

The Risat-1A is a repeat microwave remote sensing satellite of Risat-1 and is configured to ensure continuity of SAR in C-Band providing microwave data to the user community for operational services.

The satellite will play a strategic role in the nation's defence with its capability to operate in day, night and all weather conditions with a mission life of five years.

The satellite has high data handling systems and high storage devices among other things.

According to the ISRO, the satellite will provide imaging data for various applications related to land, water and environment which find useful inputs for agriculture, forestry and water resource management.

An ISRO official had earlier said an earth observation satellite will send pictures which will be used by different agencies as per their needs.

The Risat-1 weighing 1,858 kg was launched in 2012 using a PSLV rocket. Its mission life was five years.