Govt open to setting up a HC bench in western UP, says Union Minister Baghel

In an interview to IANS, Baghel, the MP from Agra, also called on the protesting farmers to compromise, as laws passed by parliament cannot be termed "black"
IANS 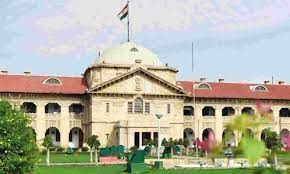 New Delhi: Union Minister of State for Law and Justice, S.P. Singh Baghel is confident of the BJP sweeping back to power in the upcoming UP elections, while dismissing the opposition's chances and its claims of lawlessness in the country's most populous state.

In an interview to IANS, Baghel, the MP from Agra, also called on the protesting farmers to compromise, as laws passed by parliament cannot be termed "black".

On his own ministry's functioning, he noted that it was fast clearing recommendations on judicial appointments and it was open to setting up a bench of the Allahabad High Court in western UP.

Following are excerpts from the interview:

Q: You are a Lok Sabha MP from Uttar Pradesh and a Union Minister. What is your assessment regarding the UP elections? How is the BJP going to perform?

A: The personality and actions of Prime Minister Narendra Modi as well as the public welfare schemes of the Central and the Uttar Pradesh government and the way they are working, right from the party's Booth President to the national President, the BJP is going to win by more than a margin of 300 seats.

Q: What is the biggest achievement of the UP government and why will the people vote for you?

A: The biggest achievement of the UP government is the strong law and order situation. People remember the casteist government of 'Behenji' (Mayawati) which worked for interests of one particular community, and do not want to go back to the 'Jungle Raj' of the SP government led by Akhilesh Yadav.

Incidents of kidnappings had become widespread under Akhilesh Yadav's leadership. Due to fear of abduction, 5,000 doctors from Agra had stopped going on regular morning walks. Such incidents are still afresh in memory of the people in Uttar Pradesh.

Q: But Akhilesh Yadav is terming the current UP government under Yogi Adityanath 'Jungle Raj'.

A: One or two incidents cannot be considered synonymous with 'Jungle Raj'. During the Samajwadi Party government, FIRs were not even registered in police stations. A Deputy Superintendent of Police was killed in Mathura and a police official was tied on the bonnet of a jeep in Lucknow. Thousands of such incidents happened during Akhilesh Yadav's tenure.

Q: How big a threat do you consider the BSP to be?

A: When the BJP had joined hands with the BSP, we had ultimately formed the government in the state and now when as a party, we are politically fighting against the BSP, the latter is fighting elections alone as an opposition.

Q: Priyanka Gandhi has become quite active in Uttar Pradesh and is constantly targeting the BJP government?

A: Priyanka Gandhi has already flopped as a politician. 'Yuvraj' (Rahul Gandhi) lost the election even from his traditional Lok Sabha constituency of Amethi and now only Sonia Gandhi remains the only leader from the Gandhi family with her traditional constituency intact. The Congress has now become a party losing their deposits, therefore it does not pose any threat to the BJP.

Q: How much effect will the farmers' agitation have in the forthcoming elections, especially in western part of the state?

A: Farmers are also beginning to understand the truth. During a panchayat, usually both the ruling and the opposing sides bend a little, then only a compromise is reached. Those protesting in the name of the farmers' protest are adamant that all the three contentious farm laws will must be repealed, then what is the point of holding talks.

The Central government have already held several round of talks with farmer leaders and asked them to point out the flaws in these laws but they have nothing to say on it. These laws have been passed by Parliament, then how can these laws be termed 'black laws'. The majority of farmers have understood this and are standing with the BJP.

Q: What have been the major achievements of your ministry?

A: The BJP government has abolished more than 100 unnecessary laws. During the current tenure of the Narendra Modi government, fast track courts have been set up and special POCSO courts have been established in every district. Free legal advice is being given to the poor sections through tele law. The major work that has been done during this government is to remove the shortage of judges in various High Courts and the Supreme Court.

The government is speeding up the decision on recommendations of the Supreme Court Collegium regarding the appointment of judges. The Chief Justice of India has also praised the Central government thrice regarding this issue.

Q: The people of western UP have been demanding a bench of the Allahabad High Court for the past several decades. As a local MP and Union Minister, what is your stand on this issue? What action is your Ministry taking about this demand? 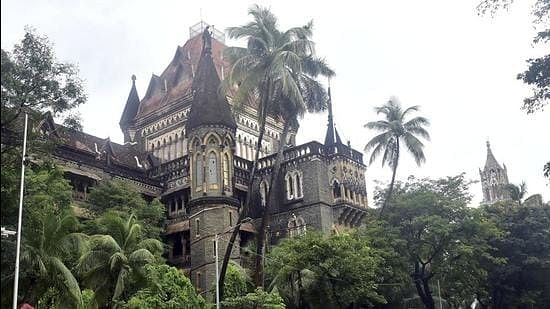 HC pulls up state, Nashik civic body for its lethargic and callous approach