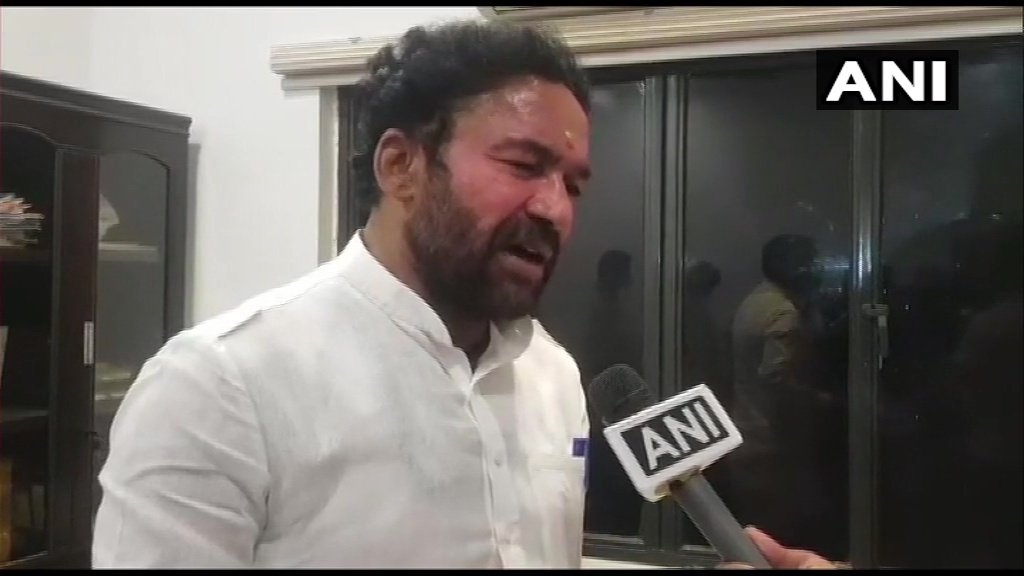 The Bharatiya Janata Party (BJP) has emerged as a dominant force in the Greater Hyderabad Municipal Corporation (GHMC) polls, winning 49 seats in the 150-seat GHMC.

Although, the ruling Telangana Rashtra Samithi (TRS) is the single-largest party with 56 seats, it has fallen short of majority.

The Asaduddin Owaisi-led All India Majlis-e-Ittehadul Muslimeen (AIMIM) continued its dominance in its traditional stronghold of the old city of Hyderabad, winning a total of 43 seats.

Congress managed to win only two of the 146 seats the grand-old party contested.

Meanwhile, Minister of State for Home Affairs G Kishan Reddy said the GHMC poll results indicate that the saffron party "has blessings of the people to bring BJP govt in Telangana in 2023 elections".

"TRS had 99 seats in Hyderabad, this has come down to 55 now. We had 4 seats and we have won 50 as of now. The number of seats of AIMIM has also gone down, the same goes for TRS. BJP has today emerged as a strong party," Reddy said before the final count.

"Today's results indicate that we have blessings of the people in our efforts to bring BJP govt in Telangana in 2023 elections. TRS has failed, people are against their dynasty rule & corruption. People have paved a way for a BJP govt in Telangana, in the days to come," he added.

After the poll results, Union Home Minister Amit Shah thanked the people of Telangana for their "faith in PM Modi-led BJP’s politics of development".

"Congratulations to Shri @JPNadda ji and Shri @bandisanjay_bjp for BJP’s astounding performance in GHMC. I applaud the hard work of our karyakartas of @BJP4Telangana," he added.

Meanwhile, Telangana Minister KT Rama Rao said the result was unexpected as the party fell 20-25 seats short of majority. "I thank people of Hyderabad who chose TRS as the single largest party to represent them in Council. Result is certainly not what we expected, we're short of 20-25 seats. We lost about 10-12 divisions with extremely narrow margin," he said.