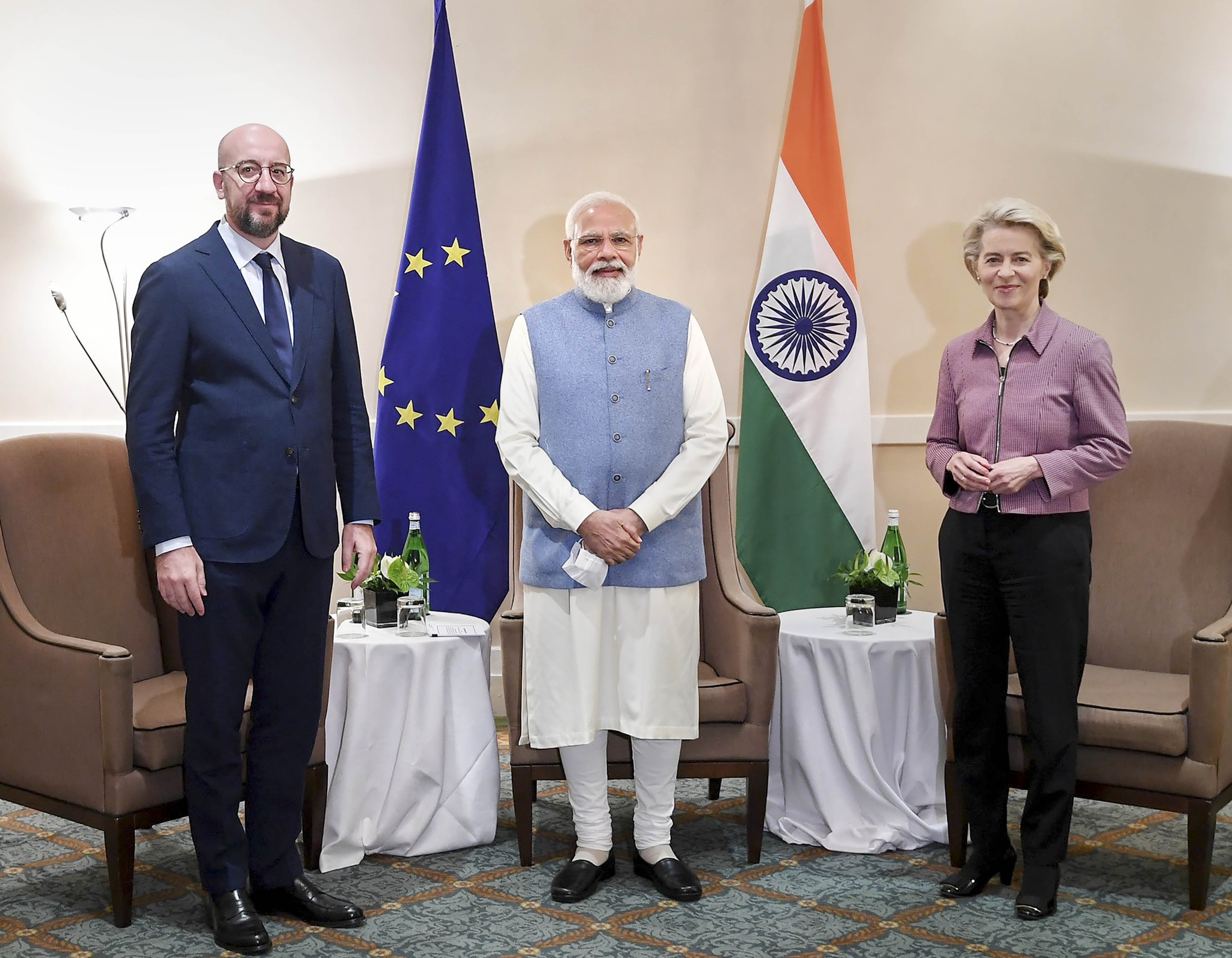 Rome: Prime Minister Narendra Modi on Friday held wide-ranging talks with the top leaders of the European Union during which the two sides discussed the deepening of friendship, particularly in areas such as political and security relations, trade, culture and environment.

"India has a key role to play in green transition. We discussed global health and fighting the pandemic, the strong EU-India Strategic Partnership, the situation in Afghanistan and the Indo-Pacific," European Council President Michel said.

European Commission President Leyen said it was "good to meet" Prime Minister Modi and that the strategic agenda is on the right track. She also congratulated India for its "excellent progress" in mass vaccination and for resuming vaccine exports. "We need to join forces to help vaccinate the world and beat the global pandemic," Leyen said.

Prime Minister Modi also paid floral tributes at the bust of Mahatma Gandhi in Rome. "In Rome, I had the opportunity to pay homage to Mahatma Gandhi, whose ideals give courage and inspiration to millions globally," Modi said.

The first India-EU Summit took place on 28 June 2000 in Lisbon. The relationship was upgraded to a 'Strategic Partnership' during the 5th India-EU Summit held in 2004 in The Hague.

The EU is a political and economic bloc comprising 27-member states located primarily in Europe.