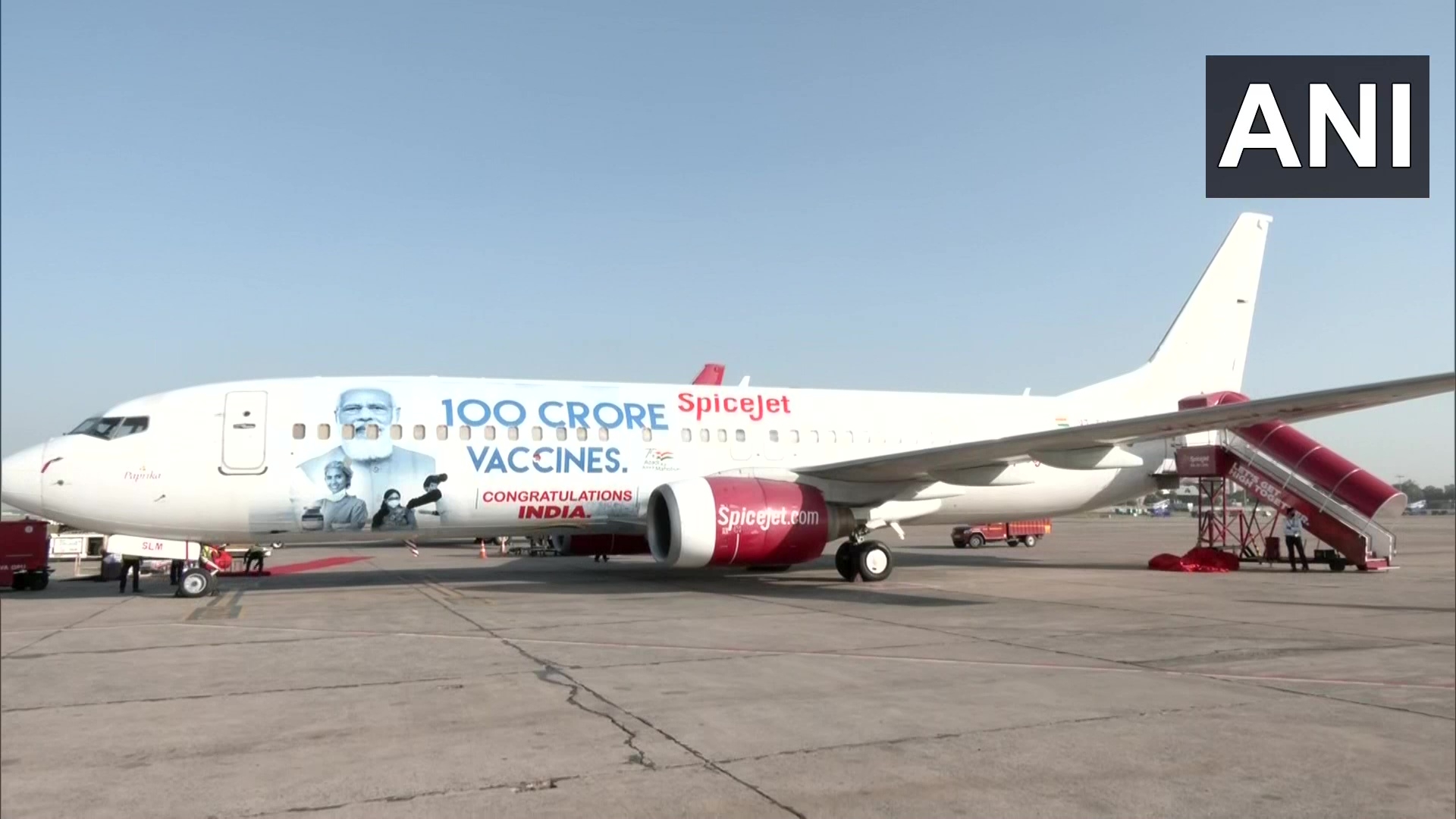 India achieved a major milestone in its vaccination programme against COVID-19 as the cumulative vaccine doses administered in the country surpassed the 100-crore mark on Thursday.

Prime Minister Narendra Modi hailed the landmark reached in little over nine months time since the countrywide vaccination drive was launched on January 16 as a triumph of Indian science, enterprise and collective spirit of 130 crore.

Modi also visited the vaccination centre at the Ram Manohar Lohia Hospital here after the achievement and interacted with hospital staff and some of the beneficiaries. He was accompanied by Health Minister Mansukh Mandaviya.

In a tweet, Mandaviya congratulated the country on achieving the feat, and said it was the result of the able leadership of Prime Minister Modi, whom he described as a visionary.

"Congratulations, Prime Minister @narendramodi, the scientists, #healthworkers and people of #India, on your efforts to protect the vulnerable populations from #COVID19 and achieve #VaccinEquity targets," he said in a tweet.

A series of events were held to mark the milestone including launch of a song by singer Kailash Kher and an audio-visual film at the Red Fort, while the largest khadi tricolour in the country, weighing around 1,400 kg, was displayed at the iconic Red Fort on Thursday.

The same tricolour with dimensions 225 feet by 150 feet was unfurled on Gandhi Jayanti in Leh. An announcement was made at railway stations across the country hailing the completion of administering 100 crore doses and congratulating frontline and healthcare workers for their efforts during the crisis.

Mandaviya was also present during the unveiling.

Besides that, some mobile networks caller tunes mentioning completion of 100 crore doses was also introduced.

Also, banners were put up at some central government hospitals and refreshments were distributed among the hospital staff and beneficiaries who had come for vaccination to celebrate the milestone.

The Archaeological Survey of India will light up 100 of its heritage monuments in colours of the tricolour to mark the milestone which will be a tribute to health professionals, frontline workers, scientists, vaccine manufacturers and the citizens of the country who bravely fought the pandemic.

Congratulating the country on the vaccination landmark, Dr Poonam Khetrapal Singh, Regional Director, WHO, South-East Asia, said it was not possible without strong political leadership.

"Huge congratulations to India for marking yet another milestone- a billion COVID-19 vaccine doses administered. This extraordinary feat in a short span was not possible without strong leadership, inter-sectoral convergence, dedicated efforts of the entire health and frontline workforce and the people themselves," she said.

India's progress must be viewed in the context of the country's commendable commitment and efforts to ensure that these life-saving vaccines are accessible globally, she said.

According to official sources, over 75 per cent of India's all eligible adult population has been administered at least the first dose and over 31 per cent has received both the doses of the vaccine.

So far, all adult people in nine states and union territories -- Andaman and Nicobar Islands, Chandigarh, Goa, Himachal Pradesh, Jammu and Kashmir, Lakshadweep, Sikkim, Uttarakhand and Dadra and Nagar Haveli -- have received at least one dose of the vaccine.

The top five states which have administered the highest number of doses are Uttar Pradesh followed by Maharashtra, West Bengal, Gujarat and Madhya Pradesh.

The UNICEF India also congratulated the government on reaching the milestone while welcoming strides that India has made in recent months to ramp up vaccinations.

"This is a tremendous achievement, given the logistical complexity of administering 1 billion doses in less than a year, in a country as vast and diverse as India. As Indian families recover from the recent devastating COVID-19 wave, for many this milestone means hope," the UNICEF India said.

"Over the last few months, we have seen health workers working round-the-clock to accelerate vaccination coverage in every part of the country. Many travelled across difficult terrains to vaccinate people, including in the most remote and hard-to-reach areas. We salute the commitment and hard work of every one of these health workers. Without them, and the dedication of the scientists, doctors, manufacturers, policy makers and health managers, we would not have been able to achieve this milestone," it added.

Mandaviya had on Wednesday appealed to all those who are eligible to get inoculated without delay and contribute to the historic vaccination journey of India.

While the number of daily doses administered has been above one crore on six occasions, the daily counting has slowed down over the last few days which experts attributed to the majority of beneficiaries awaiting their second dose. They, however, stressed that the rest of the 25 per cent of population should come forward to take the first dose of vaccine.

AIIMS Director Randeep Guleria said a lot of people were sceptical when the Covid vaccination drive began in January but "in little over nine months time, we achieved the target of administering 100 crore doses. It is a proud day for India".

He said the target now is to administer first dose to all adult population by end of the year and appealed those second dose to come forward to take the second as per the schedule and get fully vaccinated.

"We have achieved the impossible-1 Billion #vaccine doses administered & counting! "Every single individual who was out in the field putting their life at risk deserves our gratitude today. We could not have achieved this feat without their unrelenting efforts!" he said in a tweet.

In another tweet, Sharma said India has now vaccinated a population that is larger than the entire continent of #Europe (748 mn) in less than a year.

NITI Aayog member (Health) Dr V K Paul said efforts have to be made to inoculate those who have not taken the first dose while it has to be ensured that those who have taken one dose take the second dose too.

"After 100 crore doses are administered, we will go in mission mode to ensure that those who have taken their first dose take their second dose too to ensure they are protected against COVID-19," Mandaviya had earlier said.

Several ministers also termed it a proud day for India and congratulated the Prime Minister , scientists and healthcare and frontline workers for the milestone achieved.

India took 85 days to touch the 10-crore vaccination mark, 45 more days to cross the 20-crore mark and 29 more days to reach the 30-crore mark, according to the Union Health Ministry data.

The country took 24 days to reach the 40-crore mark from 30-crore doses and then 20 more days to surpass the 50-crore vaccination mark on August 6.It then took 76 days to go past the 100-crore mark.

The countrywide vaccination drive was rolled out on January 16 with health care workers getting inoculated in the first phase. The vaccination of frontline workers started from February 2.

The next phase of COVID-19 vaccination commenced from March 1 for people over 60 years of age and those aged 45 and above with specified co-morbid conditions.

The country launched vaccination for all people aged over 45 years from April 1.

The government then decided to expand its vaccination drive by allowing all above 18 to be vaccinated from May 1. 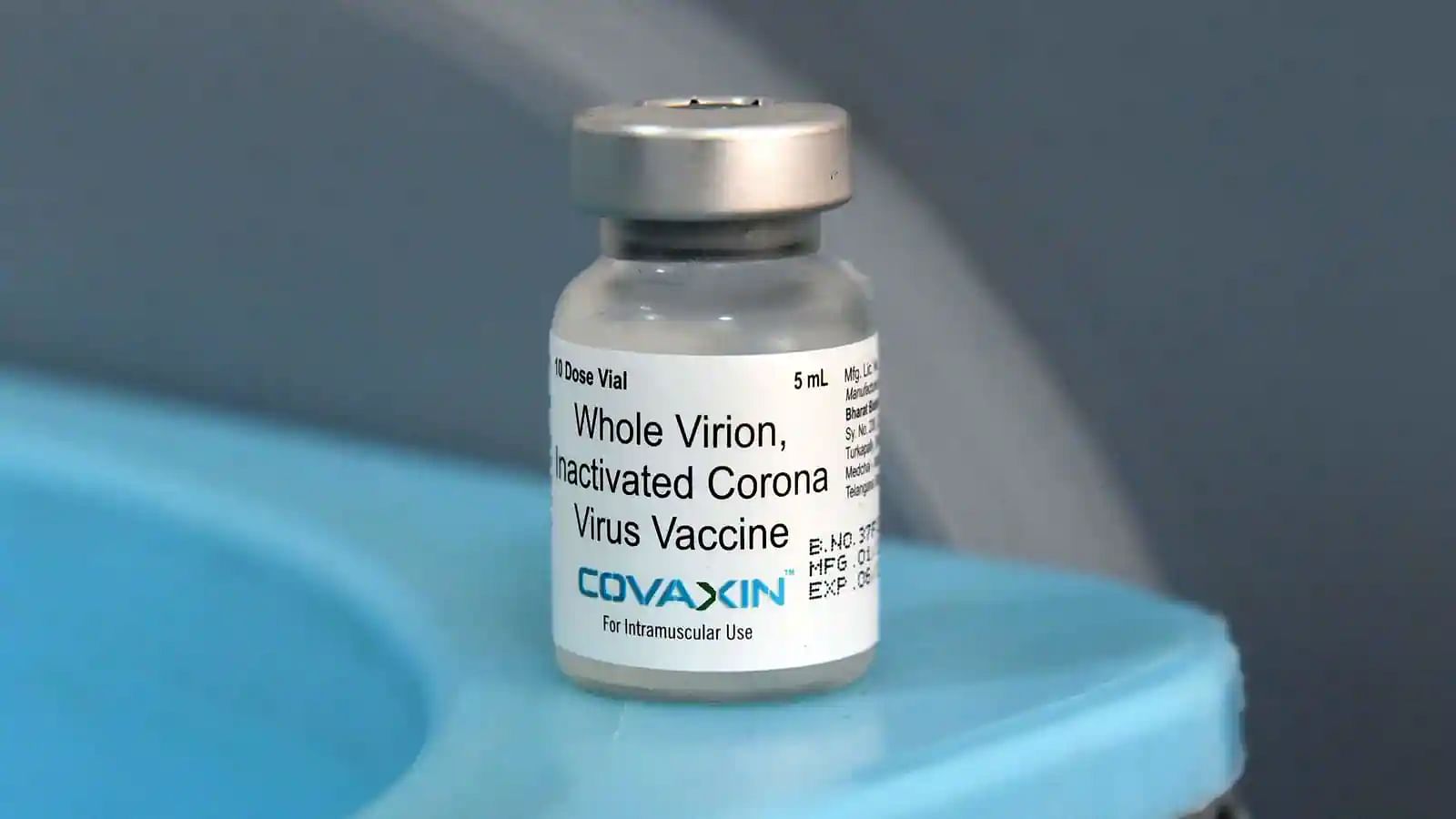 From WHO to US Embassy: Congratulatory messages pour in as India achieves 1 billion COVID-19...