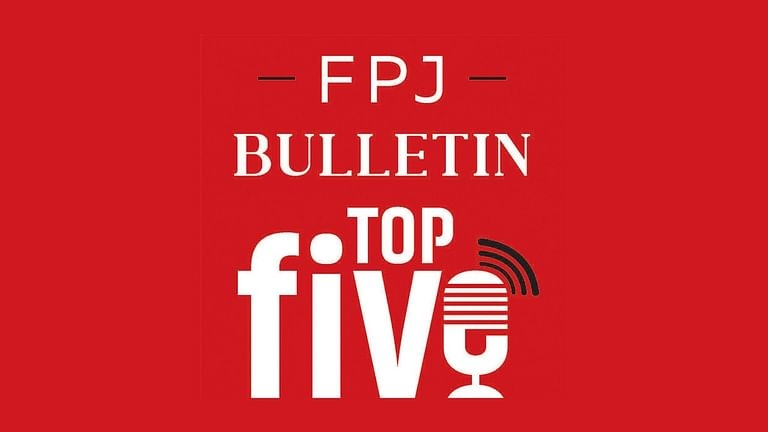 1. COVID-19 vaccination: Registration for children aged 15-18 to begin from Jan 1

From January 1, children in the age group of 15-18 will be eligible to register on the CoWIN platform. CoWIN platform chief Dr R S Sharma said: "We've added an additional (10th) ID card for registration - the student ID card because some might not have Aadhaar or other identity cards." Emphasizing precaution in view of the rise in cases of Omicron variant of COVID-19, Prime Minister Narendra Modi had on December 25 announced three major decisions in the fight against the disease including start of vaccination for children in 15-18 age group from coming January 3. In his address to the nation, the Prime Minister said the government was following scientific advice in the vaccination drive against COVID-19. "Vaccination will start in the country for children aged between 15 to 18 years from January 3, 2022," he said.

New entrant Aam Aadmi Party has emerged as the leading outfit in the Chandigarh Municipal Corporation polls, winning 14 of 35 wards in the final results declared today. The BJP, which enjoyed a majority in the previous MC House, came a close second registering win in 12 wards while the Congress bagged eight seats and the Shiromani Akali Dal one. Current Chandigarh Mayor and BJP candidate Ravi Kant Sharma was defeated by AAP's Damanpreet Singh, who won by a margin of 828 votes in Ward No.17. AAP leader and Delhi MLA Raghav Chadha called his party's performance a "trailer" before next year's Punjab Assembly polls. In the last MC elections, the BJP had won 20 seats and its erstwhile ally SAD one. The Congress had managed to win only four seats.

The Bharatiya Janata Party (BJP), former Congress leader Amarinder Singh and Sukhdev Singh Dhindsa's Shiromani Akali Dal (Sanyukt) will together contest Punjab assembly polls to be held next year. The official announcement was made by Union Minister and BJP election in-charge for Punjab, Gajendra Singh Shekhawat after an hour-long meeting among leaders of all the three parties at Union Home Minister Amit Shah's official residence in Delhi. BJP chief JP Nadda, Punjab Lok Congress chief Amarinder Singh and Shiromani Akali Dal (Sanyukt) chief Dhindsa and Shekhawat were present in the meeting. "As hinted by the BJP central leadership and Singh that the three will contest the upcoming Punjab elections together. Today chiefs of all the three parties held a meeting after which we are officially announcing that three parties will contest the assembly polls together," Shekhawat said.

Prime Minister Narendra Modi today said it has benefitted the people of Himachal Pradesh to have a double-engine government in the state and at the Centre as the speed of development projects and the implementation of different schemes have got a momentum. He said this while addressing a rally at the Paddal ground in Himachal Pradesh's Mandi to mark the fourth anniversary of the Jai Ram Thakur-led Bharatiya Janata Party (BJP) government in the state. Underscoring the advantages of a double-engine government with less than a year to go for the 2022 Himachal Pradesh Assembly polls, Modi said the people of the hill state have benefitted a lot over the last four years as various welfare schemes launched by the Centre were implemented in a more efficient manner by the Thakur government.

Equity benchmark Sensex ended 296 points higher today, tracking gains in index majors ICICI Bank, HDFC twins and Tech Mahindra amid a largely positive trend in global markets. After rebounding over 960 points from the day's low during the session, the 30-share index settled 295.93 points or 0.52 per cent higher at 57,420.24. Similarly, the Nifty recovered 82.50 points or 0.49 per cent to 17,086.25. Tech Mahindra was the top gainer in the Sensex pack, rising over 3 per cent, followed by Dr Reddy's, PowerGrid, Kotak Bank, Sun Pharma, ICICI Bank and M&M. On the other hand, IndusInd Bank, Asian Paints, Maruti and Bharti Airtel were among the laggards.