FPJ Legal: China has ramped up infrastructure and built airstrips, Centre to Supreme Court on Chardham roads – Here’s all you need to know 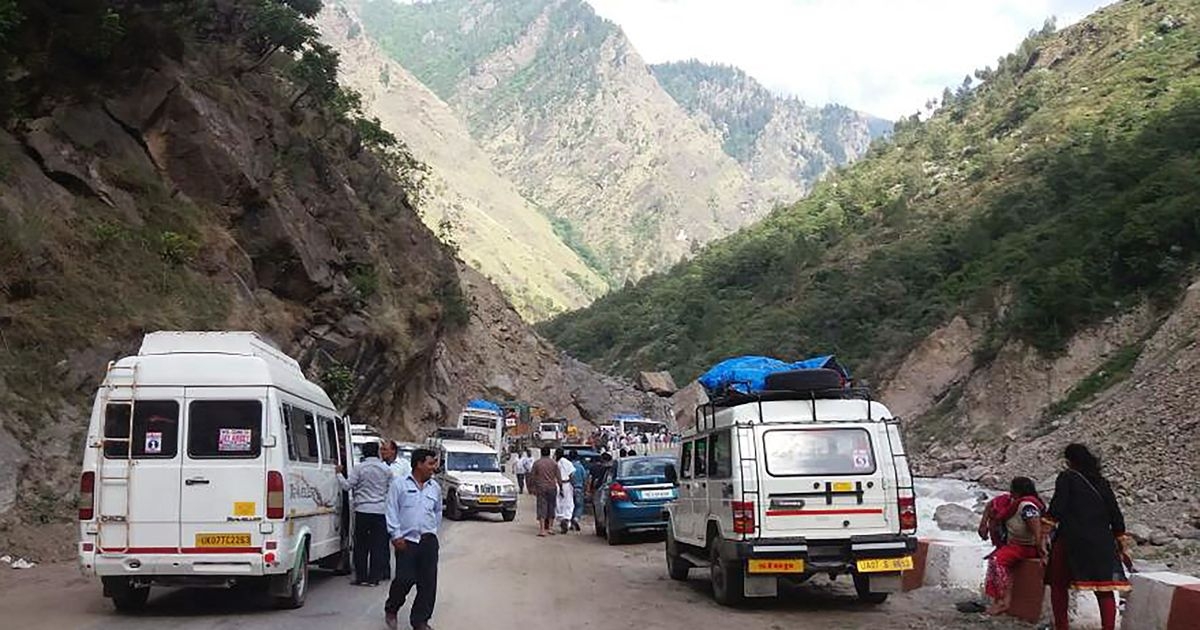 The Centre on Tuesday told the Supreme Court that China has made a huge build-up in the Tibet region and the Army needs broader roads to move heavy vehicles up to the India-China border to avoid a 1962 war-like situation.

It informed the top court that feeder roads like from Rishikesh to Gangotri, Rishikesh to Mana, and Tanakpur to Pithoragarh which lead up to the northern border with China connect Army camps at Dehradun and Meerut which have bases of missile launchers and heavy artillery.

The Centre said that the Army needs to be ready for any exigency and cannot be caught napping like it happened in 1962. The top court observed that all development has to be sustainable and balanced with the defence of the nation and protection of the environment and the court cannot second guess the defence needs of the country.

Tremendous build-up on the other side of the border: Centre to Supreme Court

A bench of justices DY Chandrachud, Surya Kant and Vikram Nath was told by Attorney General KK Venugopal, appearing for the Centre, that the Army needs better roads due to the recent developments at the India-China borders. "There has been tremendous build-up on the other side of the border. They (China) have ramped up infrastructure and built airstrips, helipads, roads, railway line networks which proceed on the assumption that they are going to be there permanently," he said.

He sought modification of September 8, 2020 order which had asked the Ministry of Road Transport and Highways (MoRTH) to follow the 2018 circular stipulating carriageway width of 5.5 metre on the ambitious Chardham highway project which goes up to the China border. The strategic 900-km project aims to provide all-weather connectivity to four holy towns -- Yamunotri, Gangotri, Kedarnath and Badrinath -- in Uttarakhand.

Venugopal said, "Army's problem is that it needs to move troops, tanks, heavy artillery and machinery. It should not be like in 1962 the ration supplies were made on foot up to the China border. If the road is not two-lane then the purpose of having a road is defeated. Hence double laning should be permitted width of 7 metre (or 7.5 metre in case there is a raised kerb)."

Cannot ignore the fact that there is an adversary which has developed infrastructure: Supreme Court

The top court said that it cannot ignore the fact that there is an adversary which has developed infrastructure on the border up to the hilt and Army needs better roads up to the border which has not seen any radical changes since the 1962 war.

When senior advocate Collin Gonsalves, appearing for NGO Citizens for Green Doon said that the then Army Chief had said that there was no need for broader roads and troops can be airlifted, the bench said the statement cannot be fully correct.

"We know the situation up in the Himalayas. Troops cannot be airlifted say directly from Chandigarh to the border at one go. They need to be acclimatised in between otherwise the attrition rate will be very much high. Today we may have heavy transport aircraft like the C130 Hercules but it still takes time for troop mobilisation. Even people who do trekking are asked to go for acclimatization before going up in those mountains," the bench said.

It said that the Army needs to move its Tatra trucks and other heavy machineries and it is not oblivious of the fact that these strategic feeder roads which goes up to China border have not seen any radical changes since 1962.

Gonsalves said that the effect of construction of such roads is such that it will destabilise the entire Himalayan region in the area which is one of the youngest mountains in the world. He said that the condition of these roads which are being constructed is such that in just three months of Monsoon entire roads have come crumbling down and nothing is left there.

"They are tearing apart the mountains just to build roads where SUVs can move up and down the Himalayas. People of Uttarakhand who have witnessed the 2013 Kedarnath flood tragedy are now in constant fear due to the frequent blasting done to build these roads. Black soot from vehicular emissions is settling on glaciers and is melting them by absorbing the heat," he said, while showing video clips of landslides.

Venugopal interjected Gonsalves and said since the September 8 order of 2020, the road construction work has come to a standstill and no maintenance work could be done, which has resulted in landslides.

The bench also said that glacial melts are not only due to black soot but from various other reasons.

The top court was hearing Centre's plea seeking modification of the September 8, 2020 order which had asked the MoRTH to follow the 2018 circular stipulating carriageway width of 5.5 metre on the ambitious Chardham highway project.

The hearing in the matter remained inconclusive and would continue on Wednesday.

The Centre, in its affidavit filed earlier in the matter, had urged the top court to accept the majority report of 21-members of the High-Powered Committee (HPC) recommending the road to be developed to two-lane with paved shoulders (10 metre wide carriageway) considering the strategic requirement and snow removal needs.

The HPC is monitoring the Chardham highway project on the widening of roads up to the India-China border in Uttarakhand. Earlier, the Ministry of Defence had sought modification of this order.

The Ministry of Defence (MoD) has sought modification of the top court's September 8 order.

In its application, the MoD had earlier said that it seeks modification of the order dated September 8 and directions that the National Highways from Rishikesh to Mana, from Rishikesh to Gangotri, and from Tanakpur to Pithoragarh may be developed to two-lane configuration.

The MoD had said, "Unfortunately, though the needs of the Army was mentioned in passing, the fact is that as on date, the security of the state itself is in jeopardy especially in the background of today's sensitive situation existing at the Chinese border."