As per orders of the Chief Minister, the transfers were to be completed by July 15 this year and only necessary ones were to be made

Lucknow: Less than a day after Samajwadi Party (SP) president Akhilesh Yadav said that he was open to alliances with small parties for the upcoming UP assembly elections, former BJP ally, Om Prakash Rajbhar, said that he was also ready to ally with the SP.

Rajbhar told reporters that his coalition of smaller parties – Bhagidaari Sankalp Morcha (BSM) – was open to a tie-up with any opposition party, including the SP if it agrees to fulfil its demands, including a quota for various sub-castes within the OBC community.

“Our party is open to alliances for defeating BJP,” he said and added that the alliance needed to be forged at the earliest.

The development comes a day after BSP veteran, Sukhdeo Rajbhar, announced his retirement from active politics, and endorsed his son Kamalkant Rajbhar's decision to join the SP.

Another BSP leader, Ram Achal Rajbhar, who was recently expelled by Mayawati, is also reported to be moving towards the SP. This could bolster the Rajbhar community’s support to Akhilesh, while he widens space to other OBC sub-castes other than his core Yadav vote-bank.

Rajbhar’s attempt to take on board AIMIM chief Asaddudin Owaisi, however, suffered a setback when the Hyderabad MP unilaterally announced fielding 100 candidates in the upcoming UP elections. 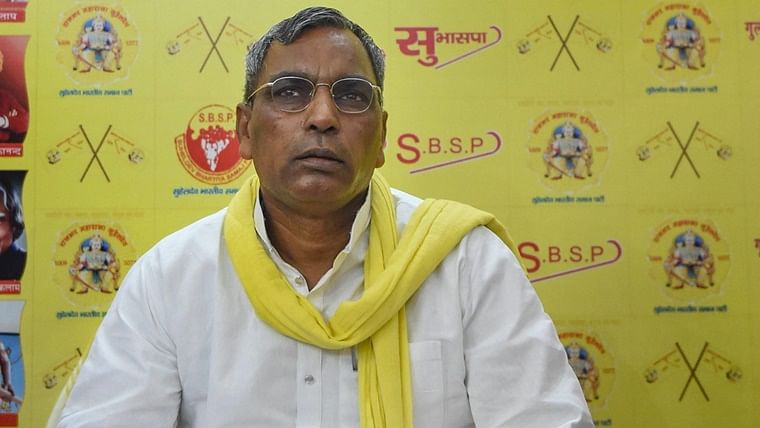