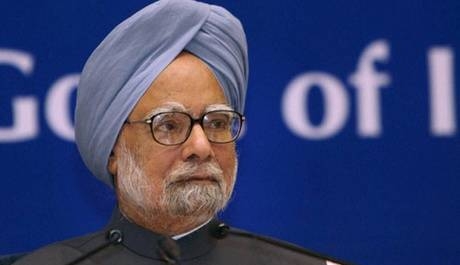 Ludhiana: A day after winning Parliament’s approval to the decision of allowing FDI in retail, Prime Minister Manmohan Singh today said the move will benefit farmers and consumers and help introduce new technologies in agri marketing.

He also said the decision to allow FDI was “supported” by farmers’ organisations in Punjab.

peaking as a chief guest at Punjab Agricultural University’s golden jubilee function here, he said FDI in retail will help introduce new technologies in agri marketing, and will “benefit farmers and consumers”.

The decision to allow FDI was backed by farmers’ organisations in Punjab, he said at the PAU function, where he was honoured with a Doctor of Science degree.

Government had yesterday won the approval of Parliament to its controversial decision of allowing FDI in multi-brand retail with a motion against it being defeated convincingly in Rajya Sabha, as BSP voted in favour of UPA.

123 members had voted against the motion while 109 voted in favour after a debate during which the Opposition had attacked the proposal to allow 51 per cent FDI in multi-brand retail, while the government had strongly justified it saying it was in the best interest of the country.

Speaking at the University, Singh asked leading farm
varsities like PAU to gear up to meet the existing and future challenges in the agriculture sector.

He said agriculture supply chains in India are fragmented and stressed the need for development of efficient and vertically integrated supply chains.

Stressing that investments in backend infrastructure can help cut down loss of perishable crops, he asked Punjab “to take the lead in best practices of crop management”.

Singh also hoped that Punjab will fare better as 12th five-year plan has for the country as a whole “targeted 8.2 growth in the GDP and 4 per cent in agriculture”.

Expressing concern over exploitation of ground water in Punjab, the Prime Minister said it far exceeds what can be recharged.

“80 per cent development blocks have been categorised as over exploited,” he said, adding that the challenge for sustainable agriculture was to help farmers take up diversification.

Even though the rice-wheat cropping pattern is profitable, it has led to over-exploitation of the water, he noted.

Singh said gradual phasing or shifting to other crops as well will not affect overall food security of the country and pointed out that in addition to states like Punjab, eastern and central parts of the country together with leading agrarian states, can help ease the burden of food security.

For crop diversification, he said state like Punjab can take up alternative crops like maize, cotton, sugarcane, oilseeds, besides fruits and vegetables.

He also made a mention of the Centre’s National Food Security Mission launched five years back and said the efforts under it were producing results.

The Prime Minister asked farm varsities like PAU to also gear up to face the challenges posed by the climate change.

“Rising temperatures will also have negative effects on productivity,” he said, adding current varieties of wheat can also be hit by the climate change.

Asking PAU to develop varieties that are resistant keeping the climate change in mind, he said, “We must deal now with the expected threats that appear on the horizon.”

Congratulating the students of the prestigious farm varsity, Singh said, “I am confident that all new graduates will use their knowledge and skills for benefit of the society and country as a whole”.

He also thanked the PAU for conferring a degree on him.

The Prime Minister lauded the varsity’s contribution over the years, which coupled with efforts of “hard working farmers of Punjab”, had helped usher in the first green revolution and pulled the country from being “food-deficit” at one stage.

Singh said the university continues to set high standards and has been in the forefront of research while its products have even been conferred with awards like the Padma awards and the Shanti Swaroop Bhatnagar award.