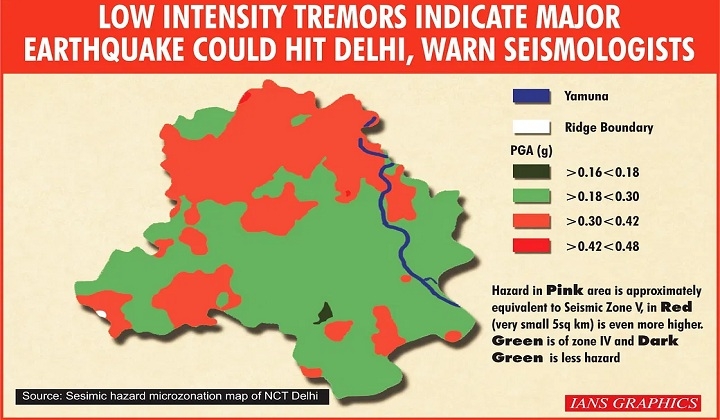 New Delhi: Ten low to moderate intensity tremors, shaking Delhi-NCR in one and a half month indicate a powerful earthquake could strike India’s national ca­p­ital in near future, warn top geologists of the country. “We cannot predict ti­me, pl­a­ce or exact scale, but do believe there is a consistent seismic activity going ar­o­und in the NCR region and can trigger in a major earthquake in Delhi,” said Dr Kalachand Sain, Chief of Wadia Institute of Himalayan Geology, a premiere auto­nomous institute, run under Union Ministry of Science and Technology. Unfortu­na­tely, Delhi falls under high risk seismic zones and its border towns are witness to mushrooming growth of high rise private buildings, plenty of them which do not adhere to mandatory BIS guidelines set for earthquake resistant construction.

Uttarakhand Tourism Minister Satpal Maharaj, his wife Amrita Rawat and 21 others, including members of his family and staff, tested positive for coronavirus, an official said on Sunday. Satpal Maharaj, also a spiritual leader with followers all over the country, had on Friday attended a meeting of the state cabinet, chaired by CM Trivendra Singh Rawat. All minister who attended the meeting will have to be quarantined, state Health Dept spokesman JC Pandey said.

A security guard at a Republican Party of India leader’s Delhi farmhouse was injured after an unidentified man allegedly shot at him on Sunday, police said. Hari Nath, 50, suffered bullet injuries in his legs and was shifted to Balaji Action Hospital, DCP (Outer) A Koan said. The incident took place at the farmhouse of Mohd Shakeel Saifi, national president of minority cell of RPI, in Nihal Vihar. The party is led by Ramdas Atha­wale, the minister of state for so­cial justice and empowerment.

A migrant labourer who had returned from Delhi to Fatehabad in UP allegedly hang­ed himself following an argu­ment with wife. SHO Lalauli tha­na, Pradeep Kumar Yadav, 50, Genda Nishad had returned 10 days ago.