As many as 37 farmer leaders, including Rakesh Tikait, Yogendra Yadav, Darshan Pal and Gurnam Singh Chaduni, have been named in an FIR in connection with the violence.
FPJ Web Desk 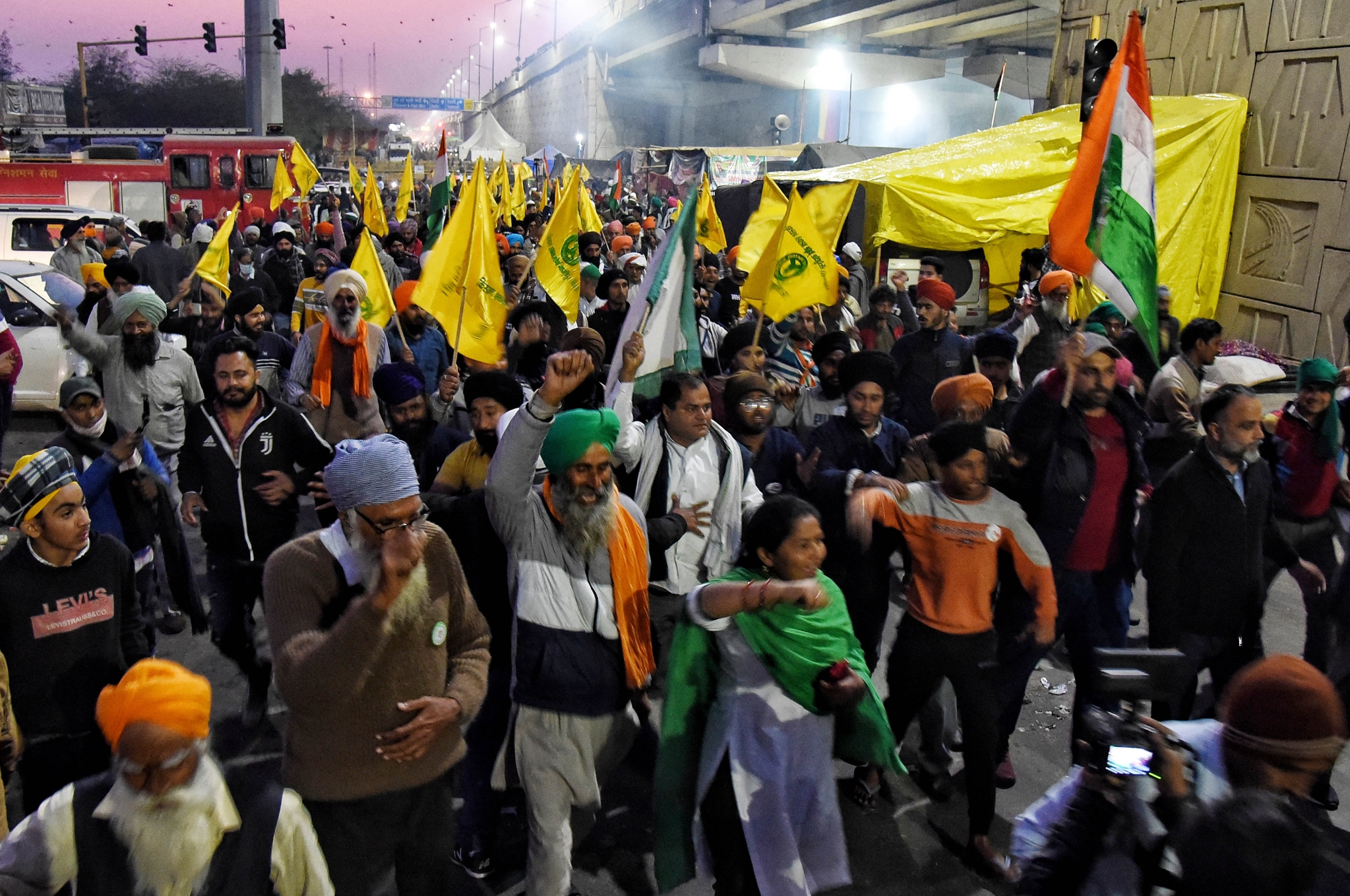 Farmers shout slogans during their ongoing protest against farm law, at Delhi-Ghazipur border in Delhi on Wednesday. | ANI

A day after the streets of national capital Delhi witnessed chaotic scenes after the farmers' Republic Day tractor parade took a violent turn, farmer leaders have scrapped the earlier proposed plan to march to the Parliament on Budget day (February 1).

"The plan for the march to the Parliament on Budget day on February 1 has been cancelled," news agency PTI quoted farmer leader Darshan Pal as saying.

Earlier, it was reported that the protesting farmer leaders were already considering the postponement of their foot march to the Parliament on February 1 against the three farm laws in the wake of violence in the national capital during the tractor parade on Republic Day.

The tractor parade on Tuesday that was to highlight the demands of the farmer unions to repeal three new agri laws dissolved into anarchy on the streets of the city as tens of thousands of protesters broke through barriers, fought with police, overturned vehicles and hoisted a religious flag from the ramparts of the iconic Red Fort.

News agencies quoted farmer leaders as saying that this was not a "favourable time" for the foot march to Parliament and it can be deferred.

The Delhi Police has registered 22 FIRs so far in connection with the violence that broke out during the farmers' tractor parade in the national capital leaving over 300 policemen injured, officials said on Wednesday.

As many as 37 farmer leaders, including Rakesh Tikait, Yogendra Yadav, Darshan Pal and Gurnam Singh Chaduni, have been named in an FIR in connection with the violence.

The FIR has been registered under various sections of IPC including 147, 148 (related to rioting), 307 (attempt to murder) and 120B (punishment of criminal conspiracy).

An official said multiple videos and CCTV footage are being scanned to identify farmers involved in the violence on Tuesday and that strict action will be taken against the culprits.