"We want the government to take back three Farm bills, we’re not in favour of amendments," a farmers' leader said.
FPJ Web Desk 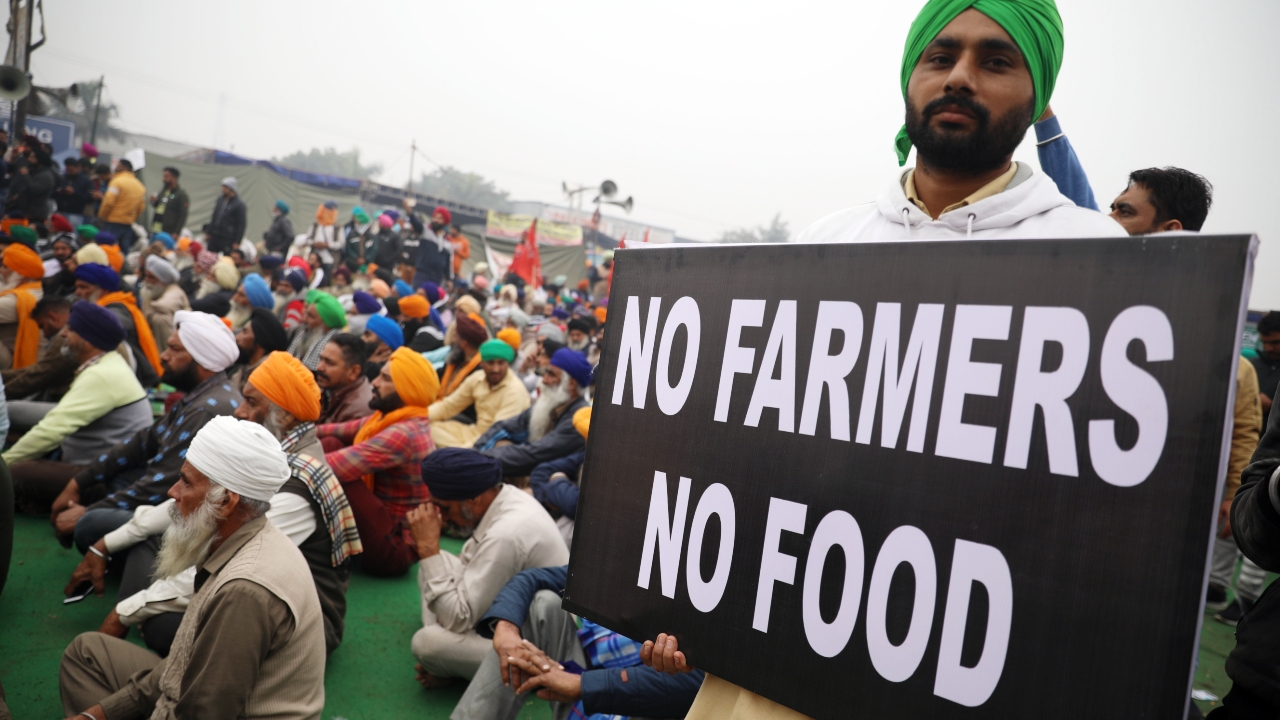 Farmers sitting at Singhu Border during a protest against the newly passed farm law, in New Delhi on Saturday. | Photo: ANI

Amid an intensifying farmers' protest over the new agricultural laws, the union leaders leading the agitation have hardened their stance to meet their demands against the central government. The farmer leaders have now said that they will sit on a 'hunger strike' on December 14 (Monday) at the Singhu border in Delhi.

“On December 14, all farmer leaders will sit on a fast sharing same stage at Singhu border. We want the government to take back three Farm bills, we’re not in favour of amendments,” news agency PTI quoted Kamal Preet Singh Pannu, leader of the Sanyukta Kisan Andolan, as saying.

“If the government wants to hold talks, we are ready. But we will first discuss the repeal of the three legislation,” the farmers' leader said.

He also said that the farmers' leaders have vowed to keep the protests against the farm laws 'peaceful' so as to let the central government 'thwart' the peasant movement.

According to Pannu, the farmers have also announced to take out a tractor march tomorrow (i.e. Sunday, December 13), that will begin from Shahjahanpur in Rajasthan at 11 AM and will block the Jaipur-Delhi main road.

Meanwhile, dozens of farmers were detained in different parts of this district on Saturday for trying to make toll plazas on highways toll-free as part of their stir against the Central agri laws.

The protesting farmers lit bonfires at the Chilla border to keep themselves warm, but said they won't call off their stir until their demands are met by the Centre. The protestors gathered at the Noida border want to proceed to Delhi to join the bigger stir called by farmers from Punjab and Haryana.

Enacted in September, the three farm laws have been projected by the government as major reforms in the agriculture sector that will remove the middlemen and allow farmers to sell anywhere in the country.

However, the protesting farmers have expressed apprehension that the new laws would pave the way for eliminating the safety cushion of Minimum Support Price and do away with the mandis, leaving them at the mercy of big corporates.