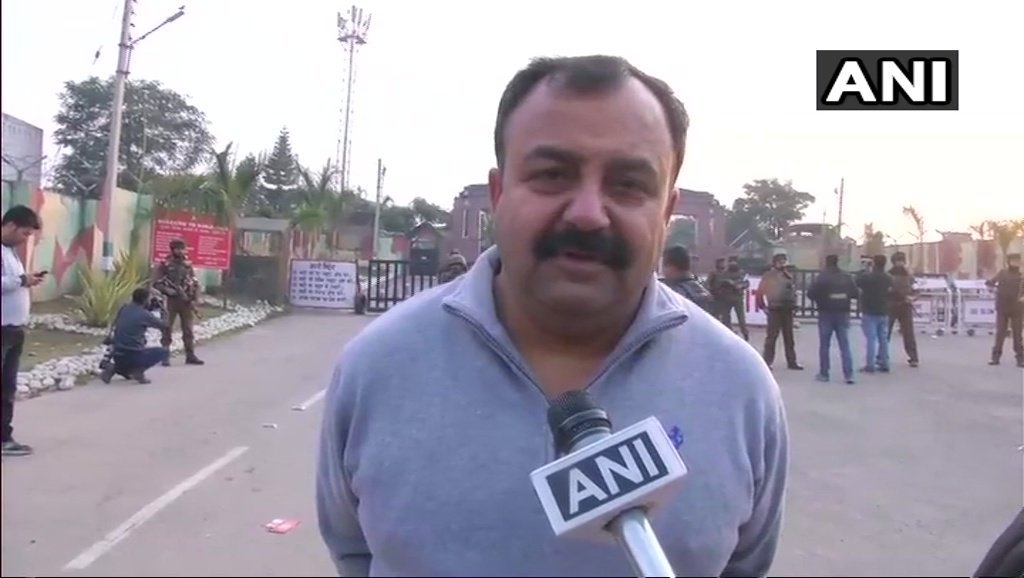 The Bharatiya Janata Party (BJP) on Monday served a show cause notice to its former legislator Vikram Randhawa for making objectionable comments after Pakistan's win in the T20 World Cup match against India. The saffron party has asked him to give an explanation and make a public apology within 48 hours. He has also been removed from all party posts, including the post of J&K secretary.

In a communication, J&K BJP president Ravinder Raina said, "Randhawa has been relieved from all the party posts/responsibilities including the post of JK-UT Secretary with immediate effect." The order said BJP JK-UT vice president Sham Choudhary, a former minister, would be the new incharge for district Rajouri in place of Randhawa.

"A video has gone viral in social media in which you (Randhawa) are seen making absolutely reckless and hatred-promoting remarks against a particular community. This is unacceptable to the party and has brought disrepute and embarrassment to the party," the notice read.

The BJP Jammu and Kashmir president, who ordered the disciplinary action against the former legislator, said he was personally hurt after hearing the comments of Randhawa.

He said the remarks "are totally against the basic principles of the party which believes in respecting all faiths and taking everyone along in accordance with Prime Minister Narendra Modi's slogan of 'Sabka Saath, Sabka Vikas and Sabka Vishwas' (inclusive development)".

Section 295-A pertains to deliberate and malicious acts intended to outrage religious feelings of any class, while section 505 (2) gives powers to the police to arrest anyone who makes a statement which creates or promotes enmity, hatred or ill-will between classes.

What did Randhava say?

In the viral video, Randhava was seen exhorting his supporters to beat up those who celebrated Pakistan's win. They should "not only be beaten up and skinned but their Indian citizenship should also be cancelled", he was heard saying. He also asked Muslims to "offer namaz on WhatsApp instead of occupying the roads".

However, Randhawa told The Indian Express that the video was doctored and projected his remarks in a wrong context. He also claimed that his namaz remark was actually a statement made by a Pakistani journalist against Kashmiri Muslims.

"No action taken against an ex BJP MLA who calls for genocide of Kashmiris & to skin them alive. But J&K students are charged with sedition for merely cheering the winning team. India is surely the mother of all democracies," tweeted former J&K CM and PDP chief Mehbooba Mufti.

"So good to see this man making friends with Kashmiri people! He should be made an example out of & the law should deal with him firmly to dissuade others from being as abusive as this man has been," wrote former J&K CM and NC VP Omar Abdullah.