HomeIndiaExplained: What is FCRA, the law which led to Congress' Rajiv Gandhi Foundation getting its license revoked?

Explained: What is FCRA, the law which led to Congress' Rajiv Gandhi Foundation getting its license revoked?

The BJP-led Government of India on Sunday revoked the Foreign Contribution Regulation Act (FCRA) license of the Rajiv Gandhi Foundation (RGF), a non-government organisation associated with the Gandhi family, allegedly for violations in contravention of the foreign funding law.

The Ministry of Home Affairs (MHA) cancelled the registration of the Rajiv Gandhi Foundation (RGF) based on recommendations of an inter-ministerial committee to coordinate investigations into violation of various legal provisions of the Foreign Contribution (Regulation) Act. 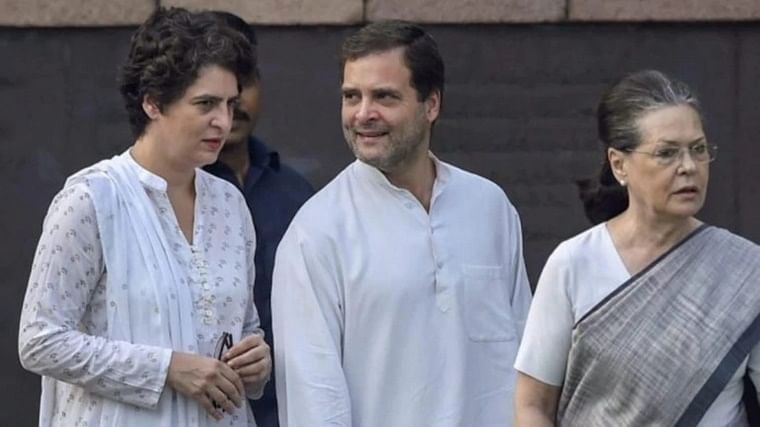 The committee formed by the MHA in July 2020 has pointed its findings about the violations of various FCRA norms that have resulted in the cancellation of the registration of the Rajiv Gandhi Foundation, which was established in 1991, the officer privy to the development said.

What is the FCRA?

In other words, it sought to bring together various bits and pieces of existing laws and regulations under a single binding framework to ensure that contribution of funds by foreign actors were not being used in a malicious way to harm the country's national interests.

However, in 2020, Minister of Home Affairs Amit Shah introduced the Foreign Contribution (Regulation) Amendment Bill, 2020, which made several changes to the existing Act, including making it mandatory for office bearers of any non-governmental organisation (NGO) to provide their Aadhaar numbers.

It also gives the government the power to hold a "summary enquiry" to prevent an organization from using foreign funds. These changes were intended to increase transparency regarding the use of foreign money for non-governmental organisations.

What changes were made to the original Act?

The most recent 2020 amendments of the FCRA brought in additional restrictions, banning subgranting among FCRA-registered organizations, setting a severe cap on administrative spending, and further centralizing control of FCRA funding with the State Bank of Delhi and the Ministry of Home Affairs.

The four major changes made were:

• Under the original Act, nonprofits receiving foreign funding under FCRA needed to create a bank account at any government-approved bank. However, as per the 2020 amended FCRA, all nonprofits must create and solely use a new account with the State Bank of India at New Delhi. Needless to say, the State Bank of India branch at New Delhi is required to report the contribution and its intended use to the central government.

• Under the original Act, there existed no framework under which nonprofits in India could voluntarily forfeit their FCRA registration. Under the 2020 amended FCRA, there is now a means for nonprofits to do so. The catch? Any assets previously created with foreign funds then need to be transferred to the appropriate government body handling the issues pertaining to that NGOs area of work.

Why is FCRA controversial?

Critics allege that the FCRA has become a weapon in the hands of the Modi government to curb dissent.

In 2015, the BJP-led Centre cancelled the FCRA licences of 4,470 NGOs, including Panjab University, Gargi College and Lady Irwin College in Delhi, the Vikram Sarabhai Foundation and the Supreme Court Bar Association, citing a delay in submission of their tax returns.

In 2016, it cancelled the licences of another 9,000 NGOs, citing FCRA violations.

In 2019, it was made a matter of public record in Parliament that ever since Modi took office, the government had cancelled the licences of about 14,500 NGOs.

Setalvad's Sabrang Communications and Publishing (not registered under FCRA) had allegedly, between 2004 and 2014, accepted US$290,000 from the US-based Ford Foundation without the government approval.

The Ford Foundation, one of the largest international donors, was put on the watch-list following a Gujarat government complaint that it was interfering in India's "internal affairs" and encouraging Teesta's NGOs to promote "communal disharmony".

Greenpeace India was charged with undertaking protests against thermal power, nuclear power, coal and aluminium mining across the India. GreenPeace was also been charged with promoting the solar energy generating equipment of the US-based Zemlin Surface Optical Corporation, especially in Bihar.

Greenpeace India admitted to anchoring local protests against coal mines and participating in seminars where foreign funding is sought for protests but clarified that the source of funding does not lessen the seriousness of harm to the environment.

What the government has said

For its part, while defending the amendments, the Government of India has said that the changes in the law were necessary to prevent malpractices and diversion of funds by NGOs and claimed that some foreign state and non-state actors take up activities that amount to interference in the internal affairs of the country, with malicious motives.

An Intelligence Bureau report titled 'Impact of NGOs on Development,’ claims the NGOs and their international donors are also planning to target many fresh economic development projects.