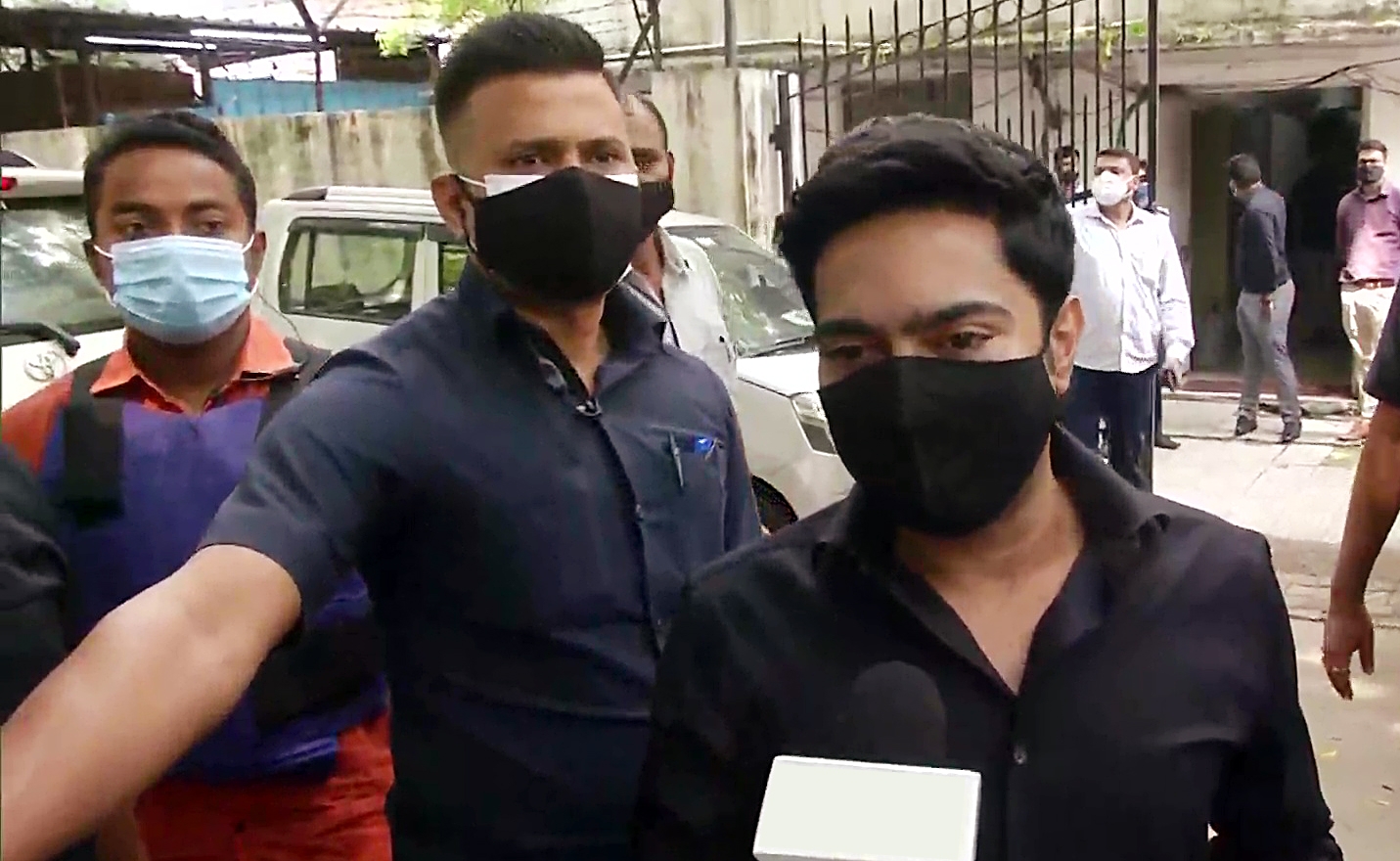 New Delhi, Sept 06 (ANI): Trinamool Congress (TMC) General Secretary Abhishek Banerjee speaks to the media while appearing before the Enforcement Directorate (ED) office for questioning by the agency officials in connection with the coal scam, in New Delhi on Monday. | (ANI Photo)

New Delhi: Trinamool Congress’ national general secretary Abhishek Banerjee was on Monday quizzed by the Enforcement Directorate (ED) for nine hours in his alleged connection with the coal scam.

After coming from ED office, Abhishek said that those against BJP are always harassed by their agencies.

“I have ensured that I will cooperate with their probe. I will go till the end but will not sell my spinal cord. BJP could not fight the TMC politically in West Bengal for which they are using agencies. Amit Shah dreamt of 200 seats by couldn’t cross 70,” said Abhishek. He also challenging the BJP that TMC will enter every state where BJP is in power.

The TMC national general secretary said that the ED can bring forward any proof they have against him.

“I have answered all the questions and have asked them to bring forward all the evidence that they have against me. The agencies are silent about those who are seen taking money on record. In days to come TMC will win all the elections in West Bengal,” further claimed Abhishek also mentioning that the TMC will win the 2024 Lok Sabha election.

Earlier this day while entering the ED office Abhishek said that as a ‘responsible citizen’, he had visited the ED office after he was summoned.

Meanwhile, according to ED sources, hints of protection money from coal scam in three companies with the name ‘Leaps and bounds’ was traced and the company partners are Abhishek’s parents Amit and Lata Banerjee.

It can be recalled that Vinay Mishra the kingpin of this scam has been absconding and his brother in a recorded statement in Bankura police station had directly taken Abhishek Banerjee’s name in the scam.

Notably, Abhishek’s wife Rujira Banerjee was also summoned by ED over this scam on September 1 but citing pandemic issue Rujira requested ED to quiz her in Kolkata.

Political Analyst Subhamoy Maitra said that the tussle between the BJP and the TMC is leading to such agencies probe in West Bengal.

It can be recalled that that on February 21 morning, a CBI team visited TMC MP Abhishek Banerjee’s residence and summoned Abhishek’s wife Rujira Narula and his sister-in-law Menaka Gambhir over alleged connection in the coal scam.

“Rujira ignored most of the questions stating that she wasn’t aware of the developments. Though we have done a video recording of the entire session and will now match with her sister Menka Gambhir’s statements,” the CBI sources said and also that the CBI had sent letters to the officials of the banks in Thailand and London where several money was sent.