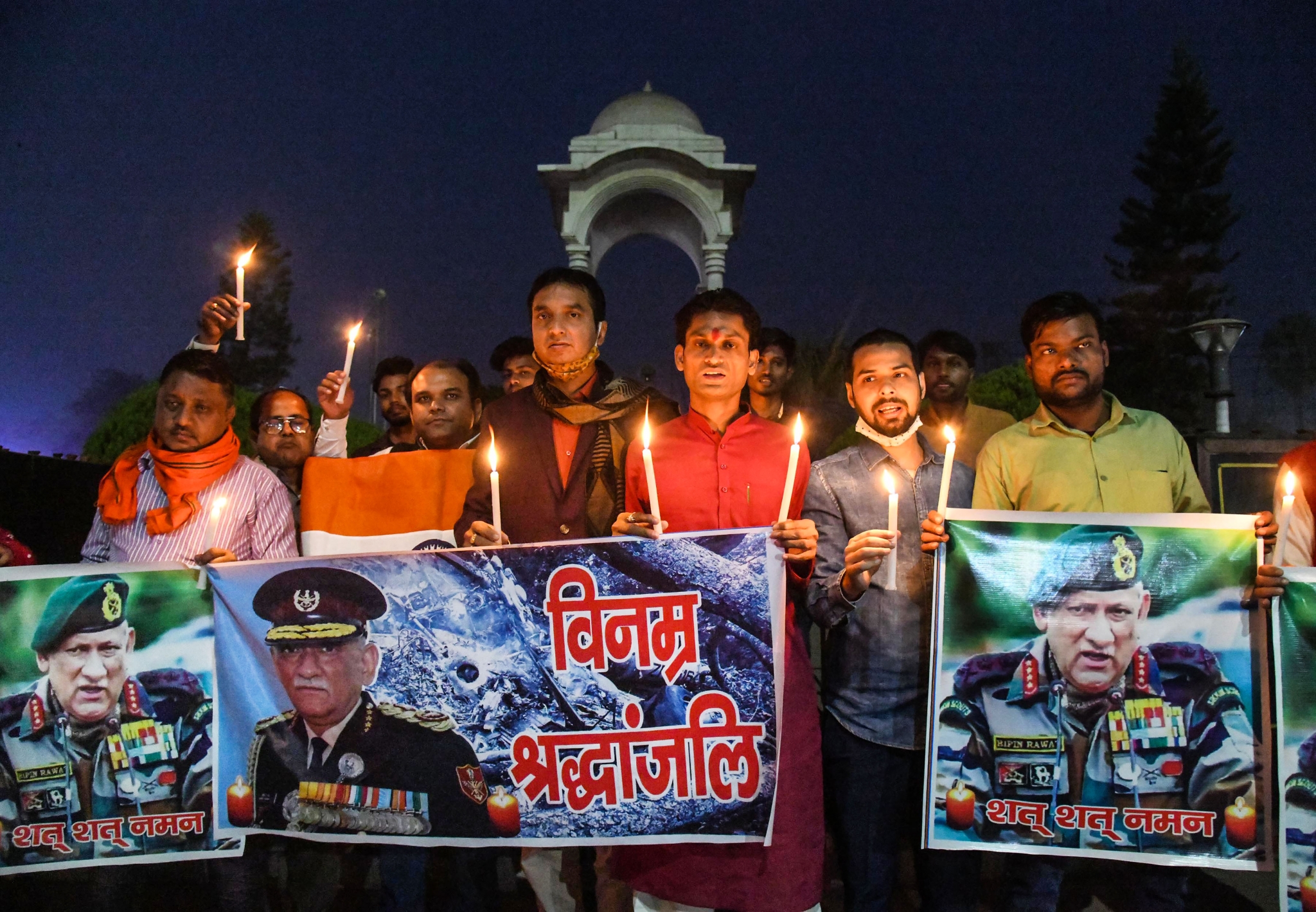 Chief of Defence Staff (CDS) General Bipin Rawat, his wife Madhulika Rawat and 11 others, who were on board IAF's Mi-17V5 helicopter, died in the crash on Wednesday near Tamil Nadu's Connoor.

Meanwhile, as Indians mourned CDS Bipin Rawat's death, messages of condolences came from across the border too.

Responding to Raja's comment, Pathania said, "Thank you Adil. That’s what is expected from a soldier. Salute you."

In a heartwarming reply, Raja wrote, "Off-course sir, it's the decent thing to do as a soldier. Again, sorry for your loss sir. In our Punjabi folklore they say, "dushman maray te khushian na manawoo, kadday sajna v mar jaana" Means: "Don't celebrate the deaths of your enemies as some day friends would also die"."

Meanwhile, the last rites will be held in Delhi on Friday with military honours. A funeral procession will start from Kamraj Marg to Brar Square crematorium in Delhi Cantonment.

Besides, the government today ordered a 'tri service' enquiry into the accident.

Informing about the timeline of the fatal crash, Defence Minister Rajnath Singh in Lok Sabha said that the IAF chopper lost contact with the Sulur base control room at around 12.08 pm, after it took off at 11.48 am from Sulur airbase.

Both Houses of the Parliament observed two-minutes silence on the demise of 13 people.