Despite PM Modi's announcement to repeal farm laws, SKM's pre-decided programmes to continue; here's all you need to know 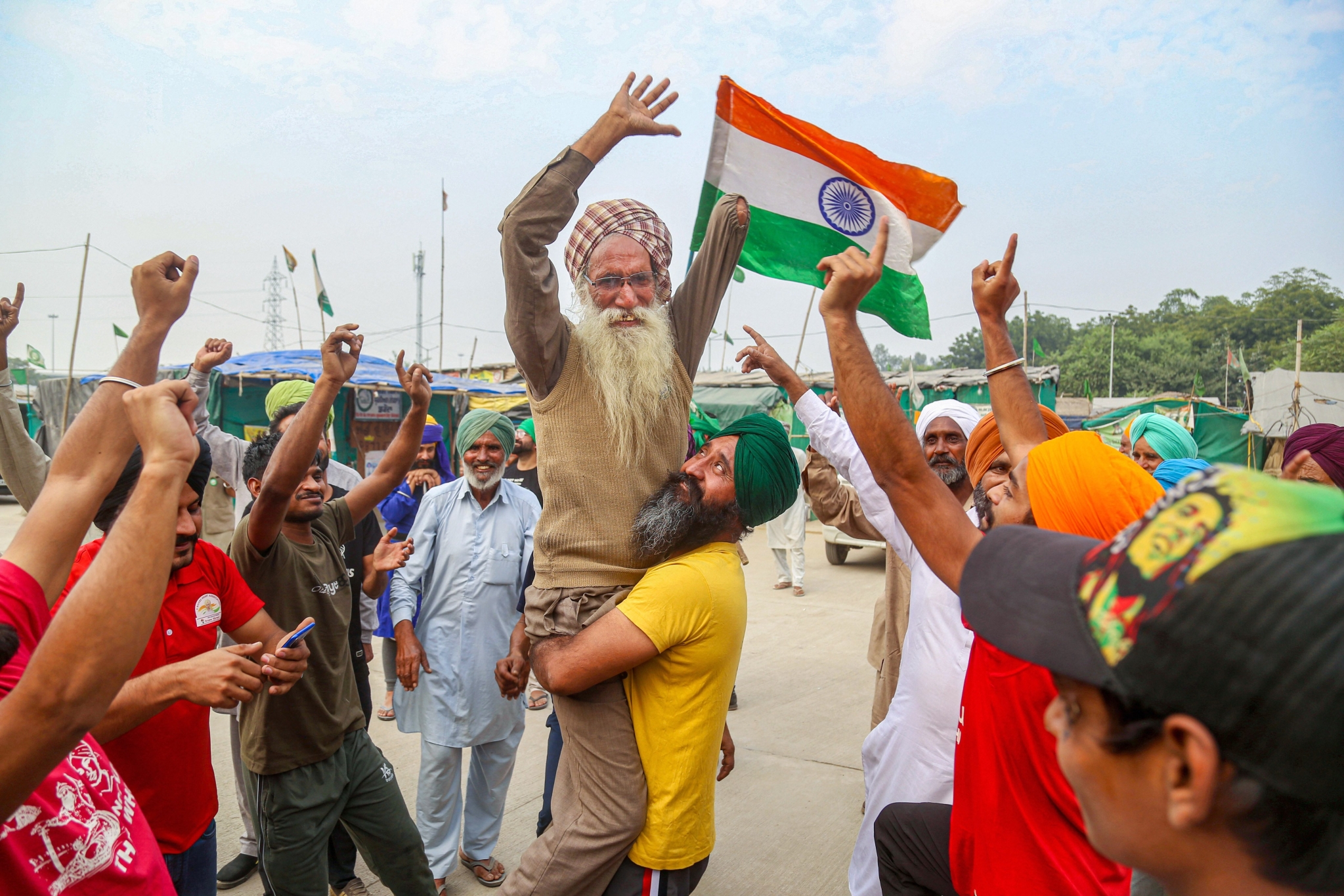 Despite Prime Minister Narendra Modi's announcement that the Centre will repeal the three contentious farm laws, the Samyukta Kisan Morcha (SKM) on Sunday said they will be sticking to their pre-decided programmes. The umbrella body of agitating farm unions took the decision at a meeting at Singhu border.

As per their pre-decided programmes, a Kisan panchayat will be held in Lucknow on November 22. The farmer unions will gatherings at all borders on November 26 and march to the Parliament (Sansad Chalo) on November 29.

''We discussed the repeal of farm laws. SKM's pre-decided programmes will continue. Kisan panchayat will be held in Lucknow on November 22, gatherings at all borders on November 26 and march to Parliament on November 29," farmer leader Balbir Singh Rajewal said at a press conference.

The SKM will again hold a meeting on November 27 to decide the future course of action, the amalgam said, adding it will also write an open letter to Prime Minister Modi on its demands.

The farmers have asserted that their protest will continue till the three farm laws are officially withdrawn. They are pressing for a law guaranteeing MSP and have also demanded the withdrawal of police cases filed against many of them over the last year.

President of Rashtriya Kisan Manch Shekhar Dixit, who along with his supporters will be participating in mahapanchayat, said that the sacrifice of hundreds of farmers will not be allowed to go in vain.

"Until all the demands of the protesting farmers are met, the agitation will continue. The announcement by the Prime Minister to repeal the farm laws is because of the upcoming elections in the five states, where the BJP is seeing that the reins of power are slipping from its hands. If the announcement to repeal the laws were made last year, then many lives of farmers could have been saved," Dixit said.

Meanwhile, the Union Cabinet will take up the withdrawal of three contentious farm laws for approval during its next meeting on Wednesday, November 24, several media reports quoted government sources as saying.

After receiving the Cabinet's approval, the proposal to repeal the farm laws will be introduced in the Parliament during the upcoming session.