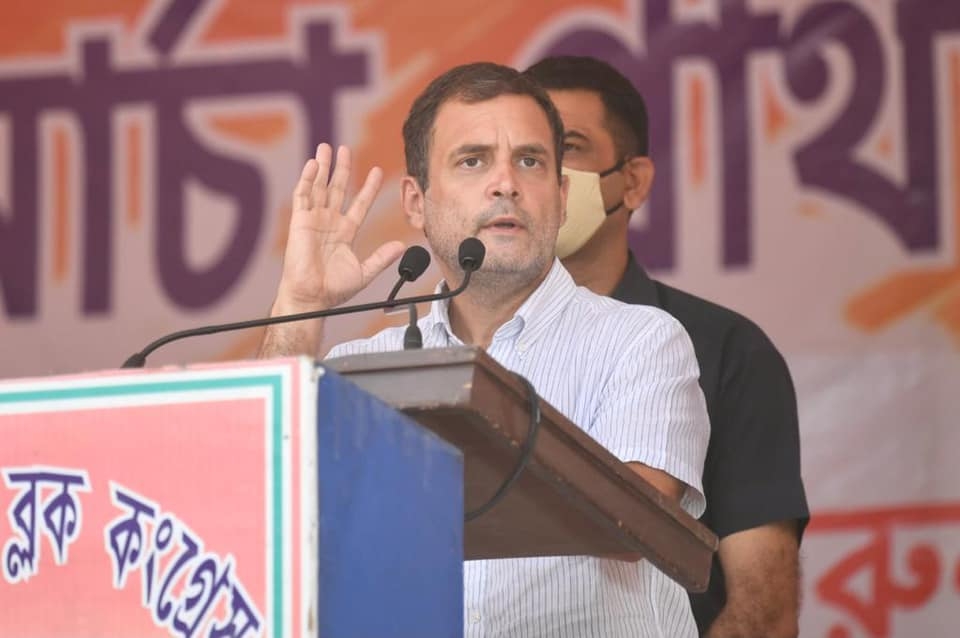 Twitter has taken down a tweet by Congress leader Rahul Gandhi after the National Commission for Protection of Child Rights (NCPCR) asked the Delhi Police and the microblogging site to take action. Gandhi had posted a photo of himself meeting the family members of a minor rape victim. The NCPCR had contended that by revealing the faces of the victim's father and mother, he was also revealing the identity of the girl.

The rape and murder of a minor in Delhi had sparked outrage from all quarters recently, with hundreds of locals protesting near the site of the incident and demanding capital punishment for the accused. Many including Gandhi have assured support, calling for speedy justice even as the . The nine-year-old had allegedly been raped, murdered and cremated without her parents' consent in Delhi's Old Nangal crematorium.

As investigations continue, the Wayanad MP had on Wednesday met with the girl's parents. "Parents' tears are saying only one thing -- their daughter, the daughter of this country, deserves justice. And I am with them on this path to justice," he had tweeted in Hindi alongside the photo.