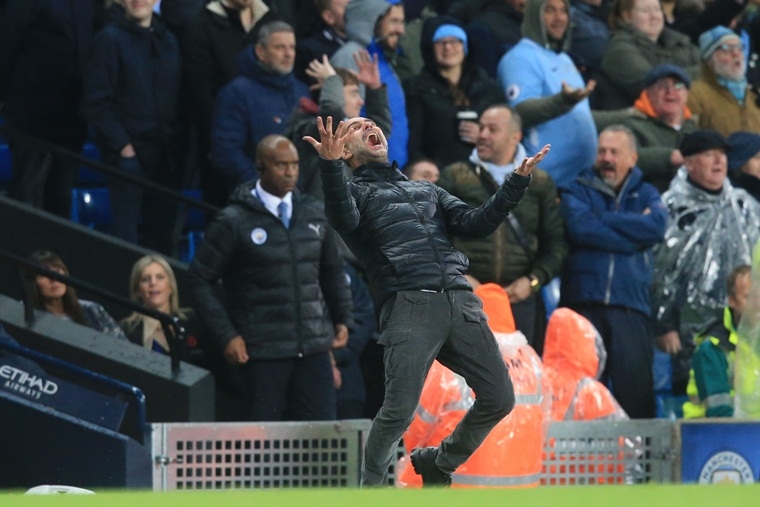 An unstoppable Liverpool romped to a 3-1 victory over visiting Manchester City. In the same game, unhappy with the video assistant referee (VAR) ignoring a clear penalty chance, Manchester City manager Pep Guardiola didn't hesitate to express his emotions and decided to vent out the frustration with an animated gesture.

When your friend asks how many metros have passed while waiting for him:#PepGuardiola pic.twitter.com/Z2DS9DzBvs

The video not only caught eyes of DMRC but also netizens from across the world used it with hilarious captions. Here's what Twiterrati had to say:

pic.twitter.com/6Cn4oNYwaL When they ask Pep how many times he has won the Premier League #LIVMCI #PepGuardiola

Every wife to their husband at some stage in their marriage. #PepGuardiola

You left the toilet seat up not once, but pic.twitter.com/gXnGbrfjSm

The meme of Pep Guardiola is from Manchester City's away game against Liverpool which was played at the Anfield Stadium on Sunday where the reigning Premier League champions suffered a 3-1 loss. Manchester City were denied a penalty not once but twice despite the VAR facility. An enraged Guardiola then held up two fingers and pointed it at the officials as well as the crowd to indicate that his team was deprived of two penalty chances.